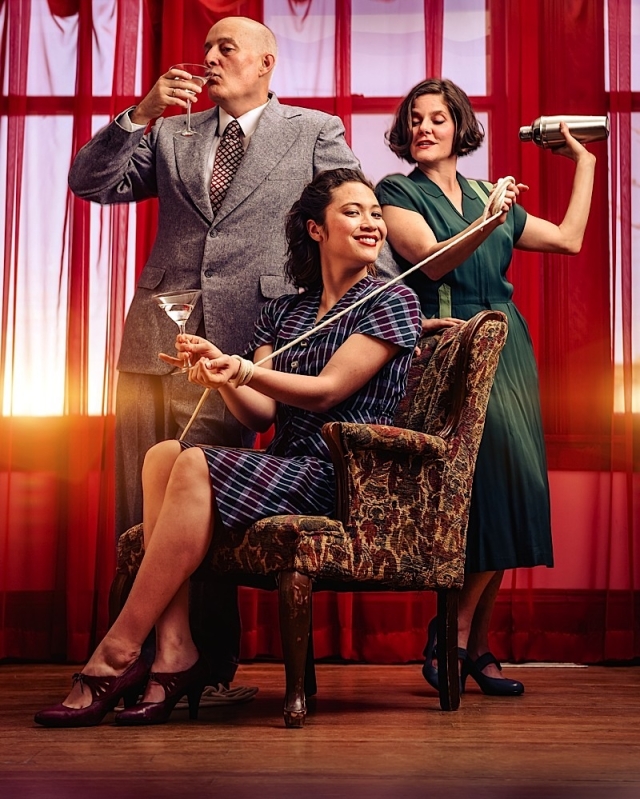 Lasso of Truth by Carson Kreitzer is essentially three very different plays mashed together with cartoon strip projections that celebrate comics and non-traditional sexual expression. The comic sensibility springs from the polyamorous relationship out of which the heroine, Wonder Woman, was born. William Moulton Marston invented the polygraph (lie detector) machine and along with his wife, Elizabeth, conjoined in a polyamorous relationship with Olive Byrne. Both women bore him children and they all lived together in a relationship together. When Marston died in the 1940s the women stayed together. Qualities of both remarkable women, which the play and production reveal splendidly, were the root inspiration for the figure who remains the historical Queen of Comics to this very day.

Kreitzer frames their relationship within cartoon strip projections and the trio’s bondage experimentation at the Playwrights Center in director Leah Cooper’s lively co-production for Walking Shadow Theatre Company and Workhaus Collective. This core plot is commented on by a 1990s situation where two comic book fans express ideas about the socio-gender importance of Wonder Woman. Moreover, there is a filmed section where Annie Enneking plays feminist icon Gloria Steinem who put Wonder Woman on the cover of Ms. magazine. 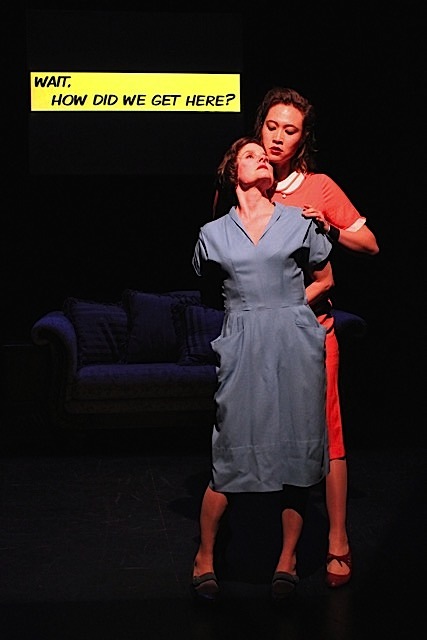 The core plot is beautifully acted by Stephen Yoakam as Marston, Enneking as Elizabeth, and Meghan Kreidler as Olive. They all bring seriousness and vulnerability to the bondage moments and compel the audience to look at the issue of lying and honesty in a polyamorous relationship. To her great credit, Kreitzer and Cooper’s cast never posits polyamory as inferior to monogamous two-person relationships.

McKenna Kelly-Eiding is stridently feisty as the female comic book fan and John Riedlinger is charmingly submissive to her as the male comic book fan. Is he really bemused by her or is he playing a game to keep her interest? This twosome along with the Steinem footage dissipates the overall impact of the core story as both subplots inject themselves at various times throughout. These subplots point to problems with previous Kreitzer bio-dramas about nuclear scientist Robert Oppenheimer and photographer Lee Miller. She tends to talk around her subjects, rather than risking delving into inner recesses of their personalities and dicey political undercurrents of their times. With Lasso of Truth we finally get flesh and blood. Cooper’s actors elicit this and she paradoxically and wonderfully keeps the action moving crisply in the stated cartoon-like style. Yet the characters emanate real passion. 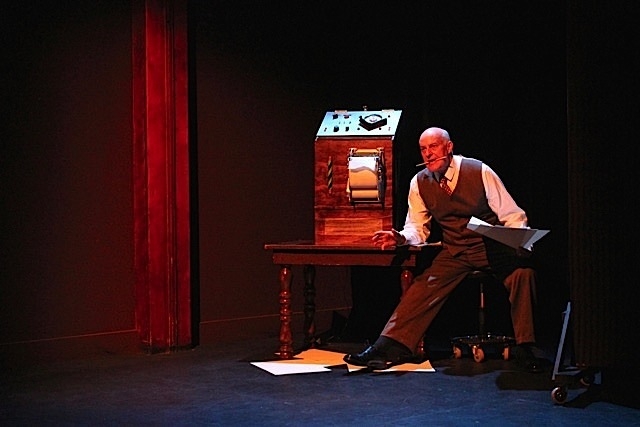 Both subplots could possibly work as short plays in themselves if Kreitzer were to seriously focus on them and choose to be unafraid of where her inquiry might lead. She sometimes smacks of an agenda, perhaps unwittingly. The female comic fan’s issues with the Wonder Woman creator’s sex life points to unresolved personal issues that would make for an interesting script. The Steinem section is cartoon-like in its style but its problematic subject warrants a serious examination, especially given the Ms. founder’s choices of words and advocacy in recent years and controversial work of her younger years seldom discussed by those who idolize her. Kreitzer might reflect on feminist masterworks by feminist playwrights who compel us toward tough examination from a feminist perspective. The obvious works are Wendy Wasserstein’s Third and Caryl Churchill’s Top Girls, two seminal works that need to be more fully absorbed by American progressives. Not to mention the truth-telling films of the courageous Charlotte Rampling.

Meantime, the core plot of Lasso of Truth actually stands alone as a first-rate work. I hope it will be produced on its own widely so that the important issue of polyamory as a viable option will more likely be reflected upon. The additional sequences of Steinem and the comic fans actually undermine the core plot itself, which in and of itself is a groundbreaking and highly affecting American play. 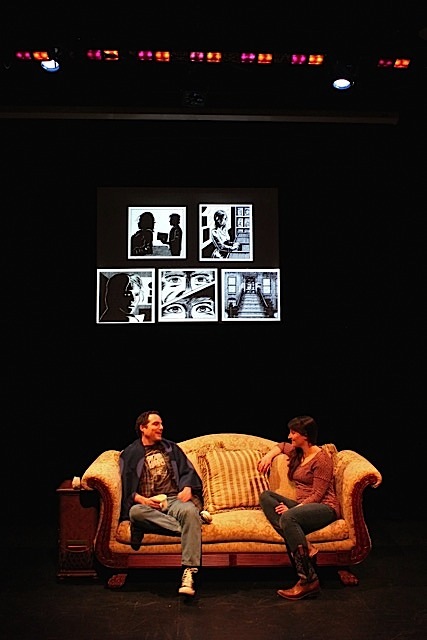 Note: Some may ridicule that the bondage aspect puts a kinky lens on polyamory. But so what! First of all, I don’t think bondage should ever be automatically dismissed as bad or worse. It has long been, and remains, when done safely, a way of deepening relationships and one’s understanding of one’s self and of power dynamics. Since the 1980s, when AIDS hit the scene, bondage and other kink have come to be used as safe and safer sex options that not only may have saved lives but have also fueled the imagination. That said, if anyone wants to write a thoughtful play about polyamory without any kink and more in the vein of classic vanilla, more power to you! Thanks to Kreitzer that ball is now rolling!