A Legacy Of Love, Life, And Fashion 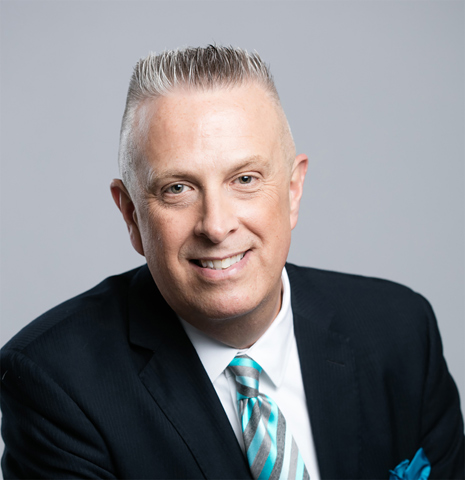 Bruce Vassar, co-founder of The Wedding Guys, passed away on Dec. 6, 2019. Photo by Noah Wolf Photography

“It is one thing to lose a friend and business partner, it is another to lose the person that your whole identity is intrinsically tied to,” said Matthew Trettel. “Loss is hard, no matter how it happens, but in losing Bruce I’ve felt like I’ve lost the best pieces of myself. As the name implies, we were inseparable. We were never Bruce or Matthew; we were always The Wedding Guys, Bruce and Matthew. We came as a packaged set. It very much feels like the set is now incomplete.”

The Twin Cities and the bridal industry as a whole lost a true champion on Dec. 6 of last year, when Bruce Vassar—who co-captained the bridal show-producing company The Wedding Guys with Trettel for two decades—passed away from a heart attack. He was 57. He is survived by his son Ryan and daughter Stephanie.

Having worked together since 2001, Vassar and Trettel produced premier bridal shows across the region that helped connect thousands of couples with wedding businesses every year. The Wedding Guys wrote the annual Wedding Trend Look Book, traveled around the globe to cover events such as the royal wedding of Prince William and Kate Middleton, to recently serving as art directors for the reality series Say Yes To The Dress. Trettel said that losing Vassar was like losing a large part of himself. 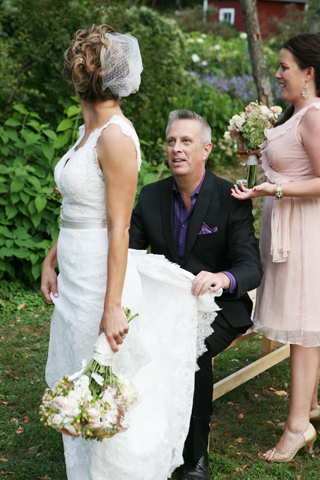 Bruce Vassar was a passionate champion of bridal fashion since his youth. Photo by Studio Laguna

“Our friendship and work partnership goes back 20 years,” said Trettel. “Over that time, we spent two decades working to build a brand together. Our personal time was shared to achieve this end and in addition to our time spent working 9-5 in the business, we also spent our time in the off-hours working on the business, networking with industry professionals, supporting local and international organizations.”

After Bruce’s passing, Trettel said that he’s had to focus on restructuring the company in the short term, which he said has been difficult while processing his grief.

“Every day is different, some are good and some are really sad, but I can feel that Bruce is watching out for me,” said Trettel. “I can take solace in that and it also helps that we’ve created a community of amazing people that hold me up every day. It is also amazing to see the tributes to Bruce and what he means to everyone.”

Trettel described Vassar as enthusiastic and passionate, with his joyful spirit leaving a positive impression on all that he met.

“He had a love for weddings since he was five, when he would sneak into church on Saturdays to watch the bride walk down the aisle,” said Trettel. “He was able to find his true calling in this industry and created an amazing legacy. He worked endlessly to help wedding businesses grow their businesses and there has been an outpouring of appreciation for the help and guidance he had given.”

“His passion came through in his love for fashion, and he thrived in the fashion show components of our events, but he also just wanted couples to have the freedom to create a wedding that expressed themselves,” Trettel continued. “Aside from work, what I loved best about him was [that] he was a champion for those around him. Bruce believed in helping others find their true potential and ability to feel like their best self. He pushed me to grow in so many ways, too.”

Trettel said that while Vassar left behind a profound legacy, The Wedding Guys team will never be the same.

“We are all committed to continue the work that we were both passionate about,” said Trettel. “I’ve got big shoes to fill, but I am fortunate that we’ve created such an amazing company. I am blessed that Bruce left me with such a great history, beautiful memories and amazing accomplishments. I can best honor him by continuing on.”

In addition to working with Open Arms Minnesota, the National Association of Catering and Events and the Miss Minnesota Organization to honor Bruce Vassar’s legacy, a Celebration of Life memorial event will be held in Vassar’s honor at Mystic Lake on March 20.

For more information on The Wedding Guys, visit theweddingguys.com.