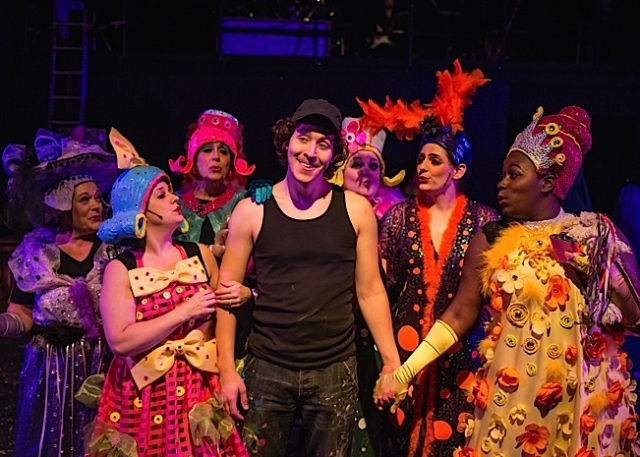 The healing process can take us down unexpected paths. In the new musical, Lemonade for the Lawnboy, it takes us to a western Minneapolis suburb garage where David, a gay man, creates mannequin type representations of society ladies. This works as a kind of therapy as he gets past his drug addiction.

The owner of the garage and the house connected to it is Janet. She has recently lost her husband, and as grief has a way of doing, it ebbs and flows through her unexpectedly.

This pair, in reality, are two close friends and the source of the musical: David W. Cook II and Janet Letness Martin. Cook, nicknamed “The Flower Bomber” is a noted visual artist known for his explosively vibrant flowers and satirical comic edge. Martin, a Minnesota Book Award-winner co-wrote Growing Up Lutheran. What does this mean? with Suzann Nelson, which gave rise to the smash hit Church Basement Ladies stage comedy franchise. 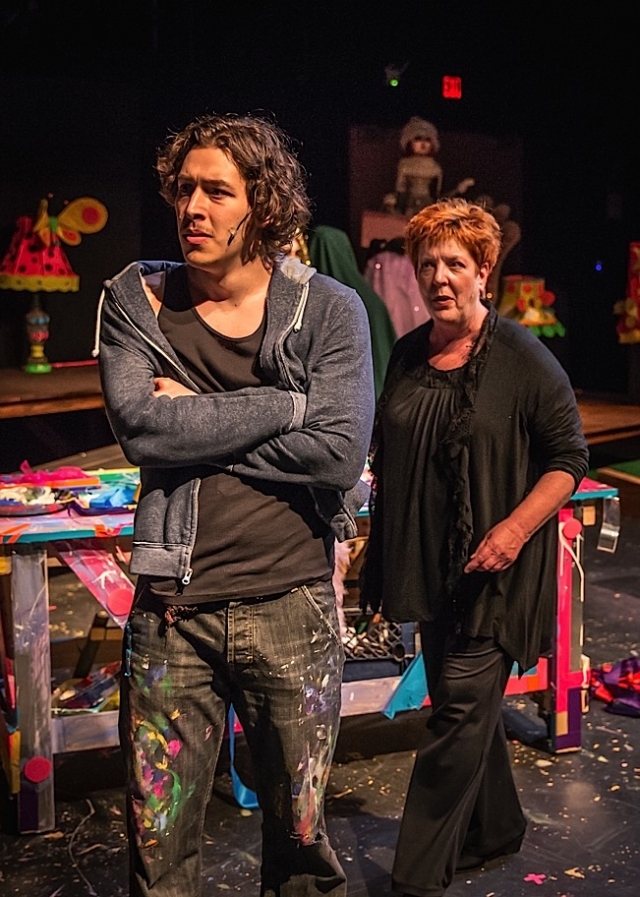 Together, Cook and Martin created the pictures and text for the book, Lemonade for the Lawnboy. “Lawnboy” refers to the times when Cook, as a youth, mowed lawns for in the western ‘burbs. It now plays at Minnetonka Theatre.

Greta Grosch, who has acted in and scripted the last four Church Basement Ladies musicals, and has now created, written, and co-directed a fabulous adaptation of the Lawnboy book featuring Maxwell Collyard as David and Sally Ann Wright as Janet. The other co-director is Dennis Curley. 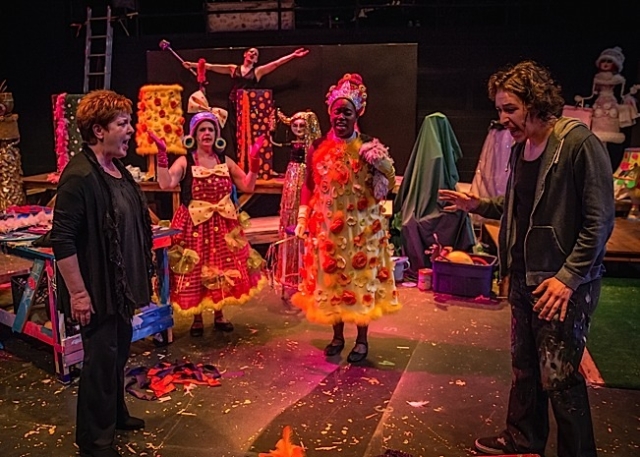 In this adult fantasy comedy, the mannequins come to life only when David is in the garage. Each has a distinct overblown personality. Whenever Janet enters they blend into striking tableaux with occasional movement behind her back, which she never sees.

They represent snooty society ladies who play one-up-man-ship with each other over a cook book project. The lampooning effect is barbed yet affectionate. Moreover, it nods to classic Theatre of the Absurd, reminiscent of Ionesco. The actresses in these roles are outlandishly and fabulously stylized in the body language, their pomposity, and their dress. Trina Benedict’s costumes are gloriously gaudy, eclectic, and vivaciously colorful, reminiscent of Fellini.

Wright, beloved for her bold performances in both musicals and drama, is actually splendidly understated as she enters into Janet’s grieving process. Collyard complements her with youthful volatility and lovableness. 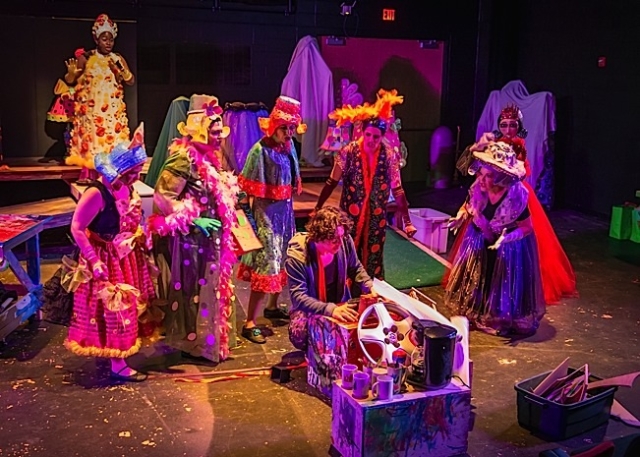 The music and lyrics are by the local group, The Smarts, with input from Curley who also serves as music director. Musicians Joe Weismann, Jimmy Kennedy, and Morris Engel utterly transport us to a time when one imagines the society ladies were in their prime. Imagine Burt Bacharach and early Stephen Schwarz. It oozes elegance, serves the action perfectly, and nods to a great chapter in popular music that should be heard again.

In sum, Lemonade for the Lawnboy is a kooky and classy delight that shrewdly draws from theater, music, fashion and film dimensions in its own deliciously unique way.