A Honeymoon in Beijing 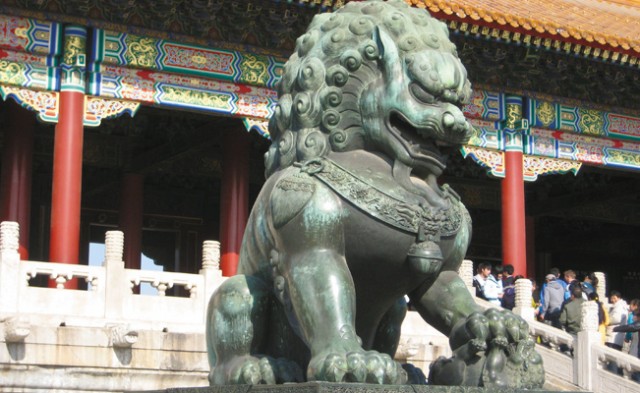 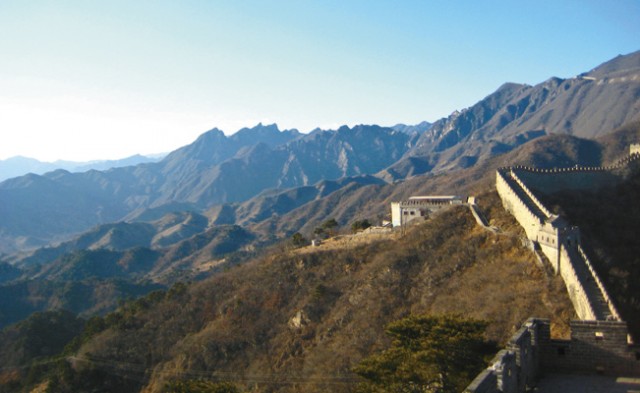 Despite Beijing’s exquisite food, lush landscapes and rich history, it is not often considered a honeymoon destination. And admittedly, it’s not for everyone. Even if you pick up a Chinese language guide, your strained attempts usually will not be understood, and most Chinese (apart from the staff at tourist and business-friendly hotels) don’t speak a word of English. However, if your trip to Beijing consists of tour busses and large hotels, you won’t have much problem. And if not, many tour books have convenient Chinese translations of destinations, so you can simply point, and your taxi driver will get you there. Beijing is also considered one of the more gay-friendly destinations in Asia. In fact, GLBT-friendly tour companies like Purple Dragon (purpledrag.com) make it a priority to patronize gay-owned restaurants, bars and hotels.

I have been told often that China is either a country you love or you hate. I will spell it out more clearly: if you are a person who likes to be in control at all times, you might not enjoy your trip as much as you would if you were open to adventure. Having a wonderful experience in China requires that you go with the flow, put your trust in strangers, adjust to foreign customs and embrace a very different cuisine. If this experience is why you travel, you will absolutely adore China. And having that incredible adventure with your soulmate is an experience you will never forget.

One of the country’s supreme highlights is its food. Fragrant, spicy, sensual and more varied than you ever would have imagined, every meal is just as memorable as Beijing’s numerous attractions. Lamb is common, as is almost every kind of kebob, but if you can find a good hot pot place, take full advantage of it. Peking Duck restaurants are worth searching out as well—the smoked duck retains a crispy skin, but the meat inside is incredibly moist. You don’t have to pay top dollar for an amazing meal, either. Some of the best food you will find is not in the most expensive restaurants. In fact, one of the best dinners I had was in a shack. A husband and wife team ran the place, and he must have welded his makeshift charcoal grill out of scrap metal, but the aromas that came wafting down the street drew cars and passersby every night.

Like Egypt and its Pyramids, a visit to China would not be complete without making a day trip to see the Great Wall. Ironically, it wasn’t a popular tourist destination until Nixon visited the wall at Badaling. Different locations on the wall offer different experiences—some areas have been maintained more than others, and those are typically more crowded. However, at Mutianyu the wall is in good shape, unspoiled by tourists, and a freshly-built alpine slide rewards the weary with a quick ride back down to the village.

If you have a limited time to spend in Beijing, the other must-see area contains both the Forbidden City and Tiananmen Square. Tiananmen Square is known to younger Chinese people only as a titanic landmark containing Mao’s Mausoleum, and fringed by celebratory museums and government buildings. One should be careful not to mention anything else while you’re there, because secret police are rumored to haunt the place, on the lookout for any seditious talk from foreigners regarding the 1989 crackdown.

To the North, Mao’s portrait clings firmly to what was once the main entrance to the Emperor’s palace. We call it the Forbidden City, but locals refer to it merely as the Palace Museum. One could get lost inside its vastness—it is, in fact, the largest palace on earth—however, a Chinese fondness for symmetry helps one navigate the grounds. While there, have your pictures taken in front of the Tree of Lovers–two cypress trees whose branches have become forever entwined.

The Forbidden City is rivaled in splendor and size by the Summer Palace: the lavish power center of the iron-fisted Dowager Empress Cixi. The Summer Palace surrounds a gigantic man-made lake—on it, one can still find a strange, non-functional marble boat built solely for Cixi’s enjoyment out of funds dedicated to fortifying the country’s navy. Unfortunately, the British quickly overpowered them and seized Hong Kong as their prize.

After seeing a few sites, the traditional, somewhat formulaic Chinese architecture can begin to be a little numbing. However, Beijing’s Lama Temple, Confucius Temple and Academy (also known as the Kong Miao), and the Temple of Heaven are all worth a visit. Of these, the Temple of Heaven is the largest and the most architecturally diverse, with a system of alters dedicated to the harvest. Additionally, the Ancient Observatory is a little bit off the beaten path, but as a Mongol dynasty creation from the year 1442, it also offers a break from the same red studded doors and pagoda-style roofs. Bronze astronomical instruments are on display on the tower’s roof and along its grounds, and a gorgeous star map and water clock can be found in the adjacent museum. 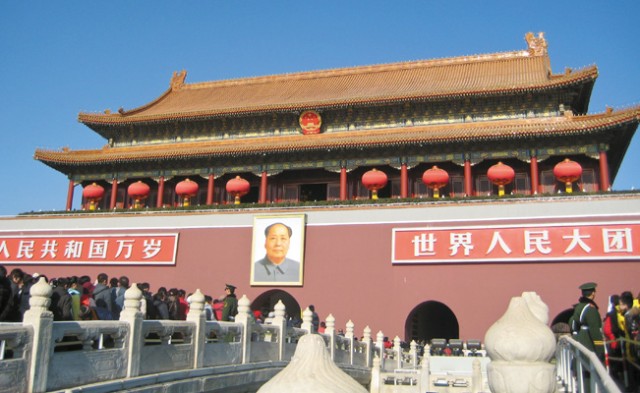 If you decide to try baijiu—a strong, funky-tasting liqueur—the best time would be in the evening before heading to Ghost Street. Festooned with red lanterns, this street is famous for its spicy, adventurous foods. Anything from deep-fried scorpion to starfish can be found on a stick, waiting for the curious diner. But late night eats of every kind can also be found here, including spicy hot pot, lamb and lobster.

Beyond Beijing’s wondrous sights and culinary riches, I found its people to be its real treasure. Affectionate and generous, if a bit pushy and naïve (just like us), it only takes a good meal and some baijiu to make a friend for life. Our countries may not always see eye to eye, but political dramas need not separate two peoples who are more alike than they are different.

Best of all, a honeymoon that takes you completely out of your normal experience allows the two of you to learn things you’d never otherwise learn about each other. You’ll take risks together, navigate the Beijing subway together, take in the glory of a Chinese foot massage together, and experience only the first of many adventures as a married couple.