A Haunting Picture of Hmong/US Relations in the Nixon Era 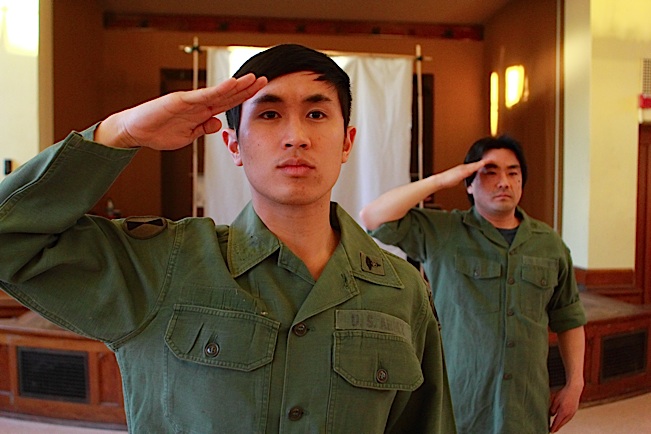 The Nixon administration is best known for the Watergate scandal. But the President’s secret military policies, co-crafted with Henry Kissinger, in southeast Asia and in Chile, were and are still held to be the most controversial part of the two men’s legacy. In both areas, their efforts were aimed at disempowering, and hopefully, destroying communist interests.

Playwright Amy Russell has focused on southeast Asia in The Shadow War, now in a haunting production by We Theater at the Wellstone Center. The execution of the Vietnam War by both the Johnson and Nixon administrations is rife with controversy and ugliness. Moreover, Nixon’s secret bombing of Cambodia is widely recalled, at least by those who know general contours of history. However, what was happening in neighboring Laos was yet another travesty of magnitude. That kingdom’s Hmong minority was under steady brutal assault by communist rebels. This provided an excuse for CIA military operatives to arm the Hmong to pick off communists before the US hung them (the Hmong) out to dry. 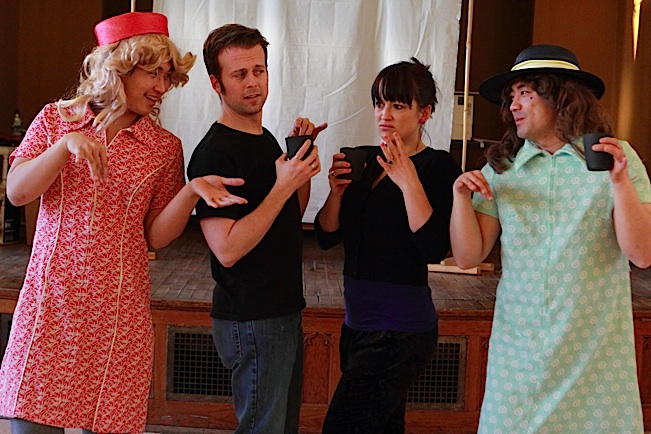 The Shadow War peers into the unintended, yet inevitable consequences of this political and military maneuvering. Sandy’Ci Moua and Gregory Yang play a Hmong sister and brother, who place their trust in a CIA agent played by Erik Hoover. Cloaked in American Exceptionalism, he has naively, if not recklessly, brought his wife (Flora Bare) and child (evoked artfully by Kristi Ternes’s shadow puppetry) to stay by his side in Laos. Into the mix comes a communist subversive played by Song Kim who pretends to be a sympathizer of the American-supported Laotian King.

The splendid acting ensemble, sensitively directed by Teresa Mock, rides the emotional and action packed peaks and valleys of Russell’s fascinating script. They also play various other roles, such as male US politicians, with satirical agitprop flair. However, it seems that the play is trying to convey too much information and doesn’t ground the audience in a sufficient general historical overview of the political issues at hand. It becomes a bit unwieldy. 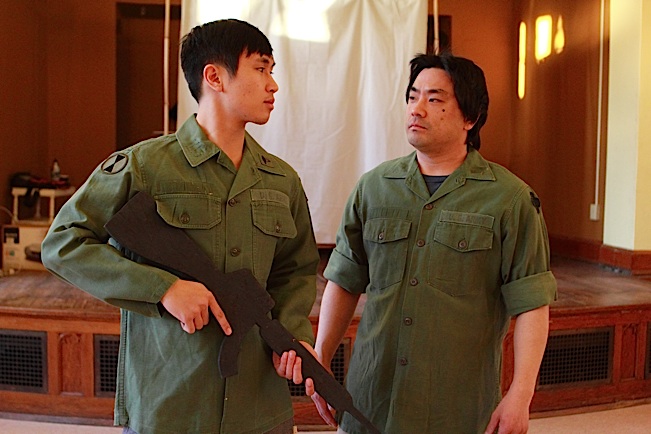 That said, the story of the central characters which are played naturalistically and the political satire which is exaggerated, could likely coalesce with some attentive re-writing. The basic material is there and Russell’s understanding of her subject is excellent and compassionate. The production is moving and illuminating, though an hour and 40 minutes without an intermission is too long. It’s part of a very bad habit local theaters have adapted of not having intermissions.