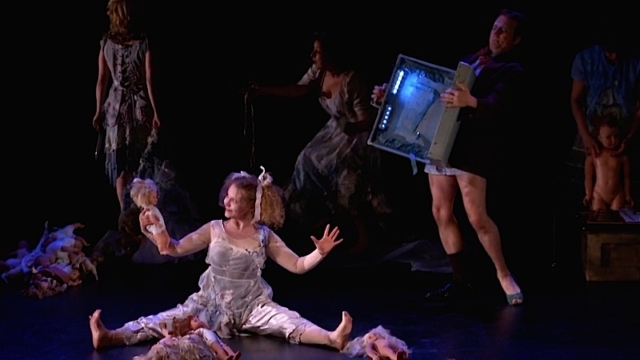 Writer/director Kym Longhi has collaborated with a superb group of actors to co-create a nightmare come-to-life in the on-site Combustible Company production of Bluebeard’s Dollhouse. The audience is divided into groups soon after their arrival and taken to various rooms in St. Paul’s broodingly majestic James J. Hill House. In these rooms, two female figures drawn from classic literature rendered by various actresses urgently relate how they are trying to escape from their abusive husbands. 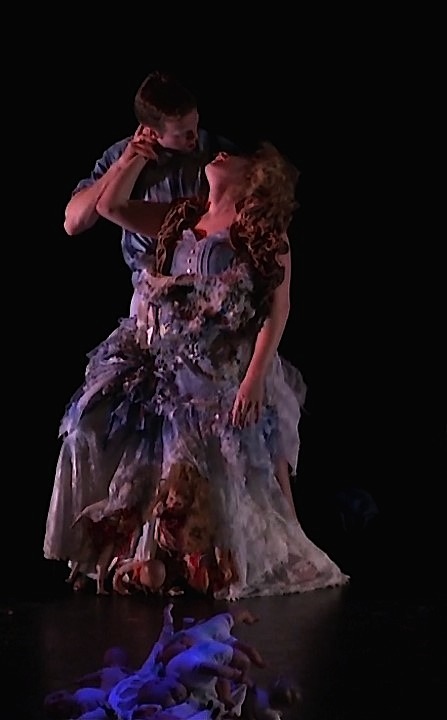 The classic sources are Charles Perrault’s late 17th century folktale adaptation of Bluebeard and Henrik Ibsen’s late 19th century drama, A Doll’s House. Various actors play the oppressive husbands. The text is stream-of-consciousness and the performances by all the actors are fluid, flourishing, and elongated. The use of stretched bodies, kinetic movement, and heightened vocal delivery blend to create a dreamlike effect. Bluebeard’s Dollhouse is an enthralling theatrical experience, unique and classical at the same time.

Distressed and tattered costumes by Alissa McCourt and Nico Swenson, fiddle artistry by Rachel Nelson, video by Jim Peitzman, and vocal direction by Kalen Keir add brilliantly to what is a haunting vision.