A Harrowing Portrait of an Abusive Man in “Custody” 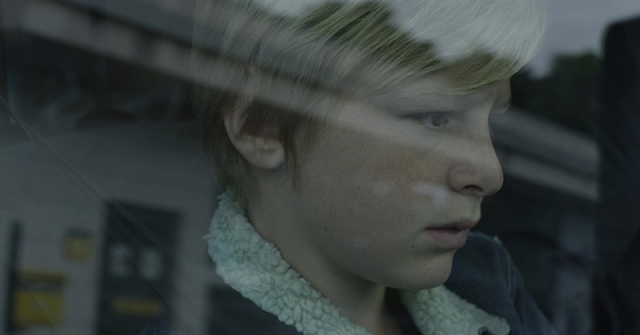 A naturally macho man can be a beacon for the wondrous power of positive manhood when he knows his own strength, understands his innate and manifested power, and is self-aware to the point where he automatically grasps that his very presence has influence. Not to mention that there are actually countless people who will be attracted to him physically and emotionally, regardless of his looks and whatever anti-male attitudes may be floating around. When a tough man has developed warmth of personality, as opposed to superficial charm, he will be beloved. Such alpha men, when generous in spirit, will inevitably be perceived as a pillar of strength and integrity. Especially in the eyes of children.

However, when a macho man loses sight of this, watch out, because events can turn tragic. This is what we witness in writer-director Xavier Legrand’s Custody, a riveting film from France about Antoine, a man who reveals extreme cruelty in a custody battle. Denis Menochet plays the role with smoldering menace in an absolutely natural way that terrifies. His performance, like all the major performances in the film, is visceral.

Custody begins with a beguiling discussion between the couple, lawyers, and a judge in which it is difficult to detect which party holds the high ground. We wonder if his alleged harshness has been exaggerated by her and if perhaps she has been poisoning their children’s minds. The 18-year-old daughter is now old enough to choose whether or not she visits him or not.

Therefore, Antoine aims for partial custody of his 12-year-old son, Julien (a wrenching Thomas Gioria). When he receives this, what unfolds is an adult projecting his malevolence onto a child. He essentially uses visitation to interrogate the boy about his mother’s every move. Julien rightly intuits that he’s being pumped for information and misinformation the deranged Antoine can inflict against Miriam, the mother. Antoine covets her as a lost prize possession, not as someone to love and honor. 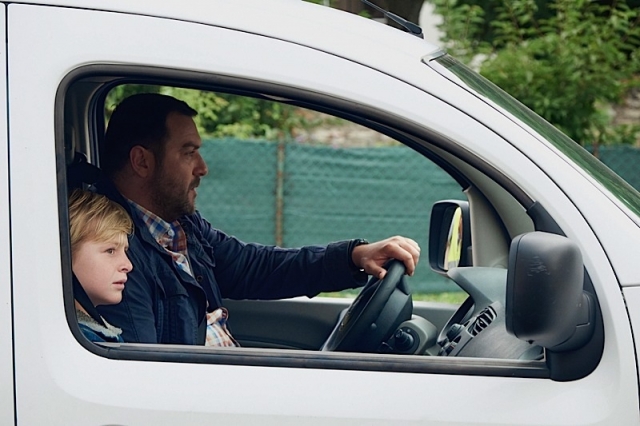 No child, of course, has the inner resources or physical capability of protecting himself, in the face of such abuse, much less protecting his mother. This points to one of Custody’s unnerving and enraging observations. Traditional views of masculinity assert examples of women who emasculate a man or a boy. Such perspectives are certainly legitimate when authentically substantiated, as opposed to when pushing a biased anti-male agenda.

However, the perspective of a man emasculating a boy, when substantiated, is just as dreadful to witness. Some might argue, it’s even worse. Moreover, there is little discussion nowadays of male on male psychic violence. To his great credit, Legrand compels us to engage in that discussion.

As Antoine goes full throttle in projecting his acid feelings toward the mother onto the son, he is committing a form of emotional rape. A truly sick phenomenon wherein the domineering Antoine injects intermittent moments of warmth and buddy-ship toward the boy. It’s perverse, not in a sexual way, but emotionally. He is essentially leading the boy into a vortex of hysteria every time they meet. One can’t help but wonder what this may imprint in the child’s psyche regarding his future relationship to other men—no matter what his sexual orientation turns out to be. It will also affect how he relates to women.

Antoine’s unbridled emasculation impulse puts the little boy in a shamingly inadequate position of not being able to protect his mother. It is natural for boys to feel protective of the being who actually gave them life. Hence, when this unstoppable paternal force bulldozes through, his feelings of helplessness are overwhelmingly intensified. Julien sees his physically smaller and weaker mother, Miriam (an achingly vulnerable Lea Drucker), living in terror for herself and her children. What son wouldn’t want to rescue his mother? When this proves impossible, a devastating sense of powerlessness contorts in his 12-year-old face.

Mathilde Auneveux gives a fine performance as older sister, Josephine. She is 18, and therefore is free to not associate with this father she doesn’t think well of. Hers is an important role but not the central role that Julien’s is. Nonetheless, we are made to muse over how her father’s chronic violence will influence and shade her relationships with men during the course of her life ahead.

If you wonder if Legrand is simply out to man-bash, he is definitely not coming from that direction, be assured. Though we don’t see detailed history of the marriage and its nuclear family, the filmmaker piercingly observes a dynamic that has spun out of control in the actual time and space it is occurring. Legrand has a grimly logical understanding of what can ricochet when things go off the rails with a man who does not know himself.

In addition, Legrand relates contrasting counterbalance regarding Custody’s other male representations. Joel, Antoine’s father, is also an alpha male—a strong older man with the capacity for warmth and affection, played with salt-of-the-earth ruggedness by the lovable Jean-Marie Winling. He is like a modern day Zeus, ultimately repelled by his adult’s son’s unchecked cruelty upon both Miriam and Julien. It’s a small role but it makes an impact. (Does he feel he may have failed himself as a father?)  Legrand also renders the film’s male police officers as urgently helpful and caring.

Custody sounds an alarm for adults to recognize when their frustrations bleed into areas where they don’t belong. They may well be doing long-term damage to the youngsters and others in their sphere. Antoine is not the most handsome man, but he is big, strong, and fairly well built. He’s blessed (and fails miserably to realize it) that in the eyes of others he could just as easily be a cuddly teddy bear and a source of strength, security, and nurturance. Just as his treatment of others turns tragic, so Antoine’s inability to love is in itself, his personal tragedy.