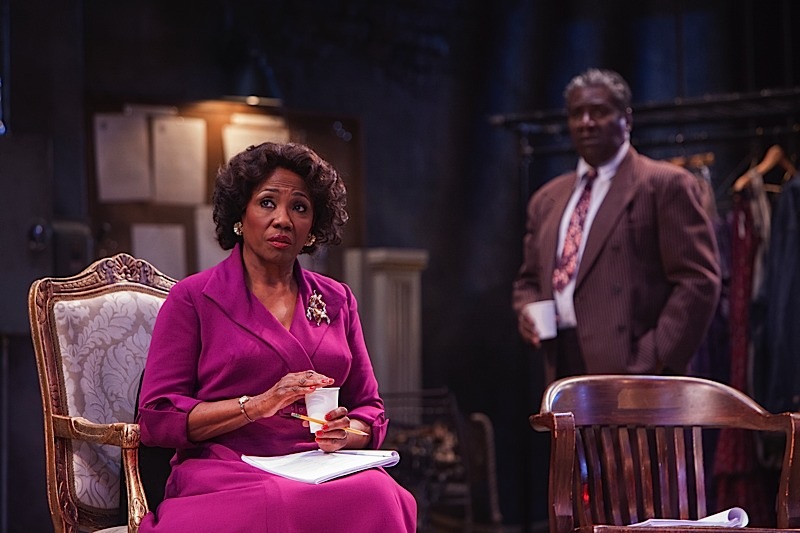 The craft of channeling the broadly bigoted strokes and micro-aggressions against persons of a marginalized group is something easier said than done. I use the word “craft” because the pendulum has swung back to an attitude wherein simply being a marginalized person who speaks out in artistic form against injustices done them and those like them too often passes for accomplished art. This presents an insidious problem because, those who are bad writers and performers can often overshadow those of marginalized status who truly are crafted, penetrating artists who have thought long and hard about the nature of the wrongs done. In light of this attitude, Trouble in Mind, Alice Childress’ 1955 OBIE-winning play, is enjoying a brilliant revival at the Guthrie Theater.

The FBI, which invaded Childress’ privacy, cites her birth as October 13, 1916, though it is sometimes considered to have been 1920. She died in 1994. Her play Wedding Band: A Love/Hate Story in Black and White (1962) is perhaps her best known and more widely produced play.

Childress’ own frustration and realization with structural racism, which the FBI situation stems out of, is likely personified on certain levels in Trouble in Mind’s protagonist, Wiletta Mayer. She is a journeyman actress who is a popular success but she doesn’t have the opportunities at substantive roles because what is written for black people in mid-20th century American theater is stereotypical feel-good (for the white power structure) stock characters. 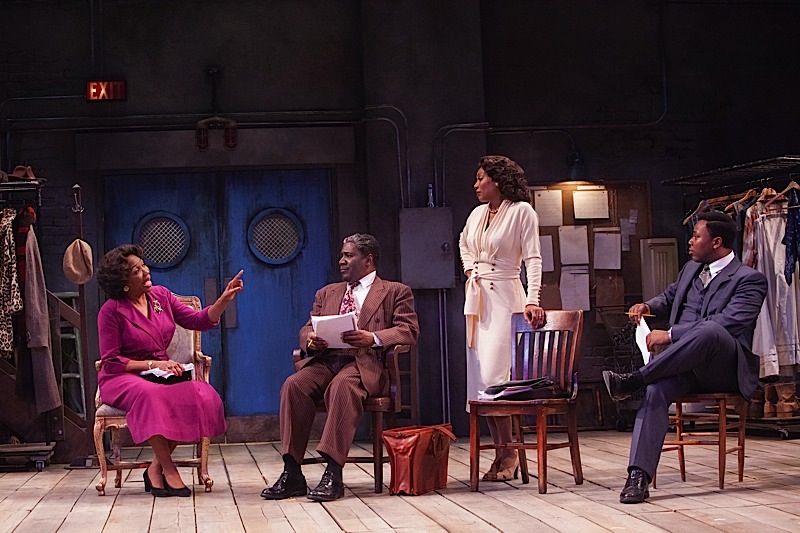 Finally, Wiletta seems to get a big break when cast in a Broadway production of a new play titled Chaos in Belleville, which is purported to be a truly enlightened view of black experience. Trouble in Mind is set in the rehearsals of Chaos in Belleville. However, as the rehearsal process unfolds, Wiletta sheds her blinders about the propagandistic nature of what passes for serious drama about race. She realizes the irrational and unreal ways in which her character behaves and reacts in Chaos in Belleville..

Margo Moorer delivers a magnificent performance as Wiletta. The role is a marvelous one because Wiletta must face up and does face up to the rationalizations she has made throughout her career about demeaning roles she has contracted to play. Clearly this is a profound journey of self-realization and Moorer is utterly numinous in a role that reels in the laughs, and not to mention, a few tears. 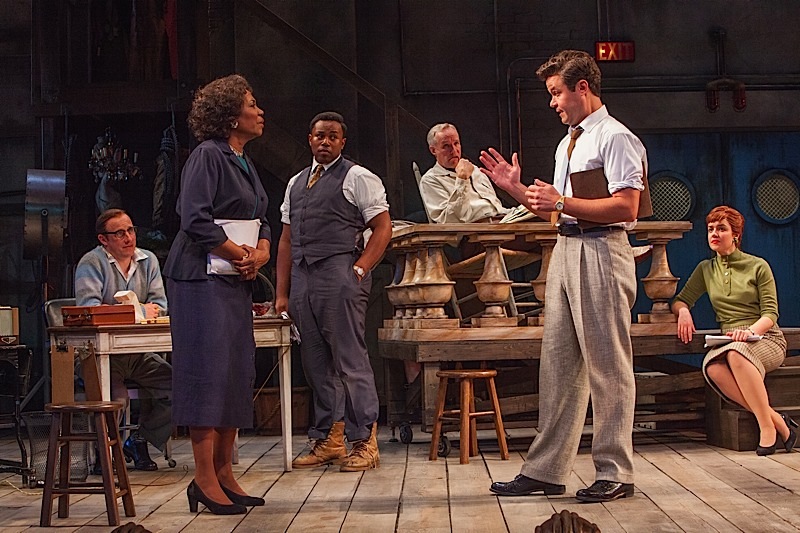 John Catron is fabulously despicable as Al Manners, the authoritarian director of Chaos in Belleville. Condescending, systematically insulting of everyone associated with the production, white and black, he is a chilling reminder that some of the white liberals of the time were indistinguishable from the white right wingers.

Director Valerie Curtis-Newton delivers a vividly realistic production and her entire cast is superb. Austene Van, Cleavant Derricks, and Marcel Spears are riveting as African American actor characters who struggle with the Belleville’s unconsciously racist dimensions in varying ways. They each have their own specific issues or lack of issues with the play. It reminds us that there is no monolithic view within a group about just what is the right value system to embrace as a member of the group.

Moreover, Childress scathingly and compassionately explores the degradation of the non-black characters (Nathaniel Fuller and Kris L. Nelson in touching performances) by Al’s autocratic hand, while still making it clear they benefit from society’s white privilege denied by the black actors in Belleville.

Trouble in Mind is an intellectual feast and an emotional rollercoaster. Clearly, one of the great theatrical examinations of race and racism in American drama. It will appeal to a vast cross-section across racial, gender, and political divides. Not to mention, it’s one hell of an entertaining experience!