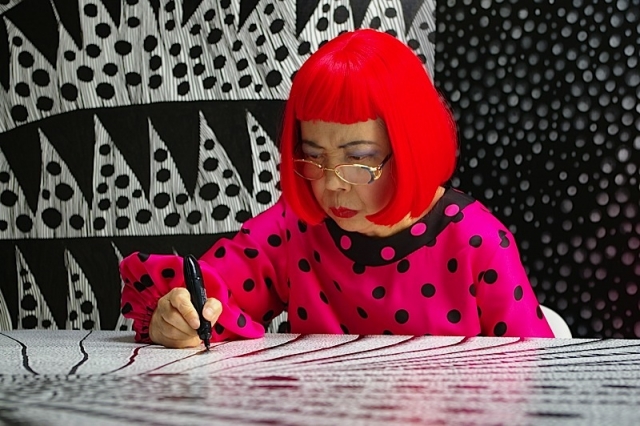 The audacious 89-year-old Yayoi Kusama is the subject of Kusama-Infinity, a captivating documentary by Heather Lenz. Her oddly sensual soft sculpture and explosively colorful visual art permeate throughout, infusing the film with an intoxicating beauty in and of itself. It is a viewing experience laden with utterly gorgeous images.

Curiously, Lenz does not examine this. The documentarian settles for a briefly generalized narrated approach about the wrongness of the Japanese patriarchy. (Though some of the footage is compelling.) Fair enough, of course, but more detailed information and examination please. 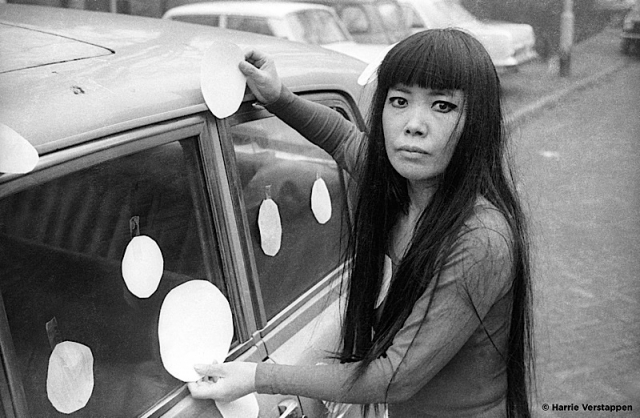 When Yayoi ultimately went to New York, she aggressively made her way into the epicenter of the art establishment demonstrating that her work was on par with, if not better than, Claes Oldenburg and certainly superior to Andy Warhol. Once again, Lenz, through various interviews, tells us how that establishment was male-dominated and modernist. And again, fair enough. But she makes no effort to make distinctions between the radical differences between the two patriarchies she indicts. And there are most definitely extreme differences that factor into those societies’ treatment of women and gays at that time.

Kusama-Infinity also recalls that Yayoi is thought to have performed the first same sex-marriage ceremony in the U.S. This is disputable, as gays have married in the U.S. since the Revolutionary Era, but they were largely closeted. That said, she did in fact officiate over one in a very public way and certainly merits historical distinction for that. It was a done in the format of a “happening”, an event emblematic of ’60s counterculture where several people would collaborate in a free-flowing interplay in unison with a theme. These were often open to the public, which was often scandalized by such bold expression. Examples: a naked group of people in a museum sculpture garden and a naked group with lots of gay guys where she paints their bodies. 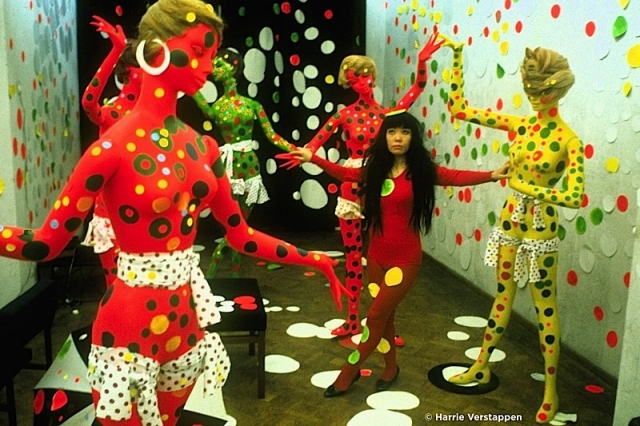 Yayoi’s focus on nudity was spurred on by a combination of rejection of the oppressive views of the body she absorbed in her Asian childhood, as well as a horror of American soldiers, with beautiful young bodies being drafted in order to frequently and tragically be sent off to their deaths or to return only to fall into drug addiction. It should be noted that though Yayoi championed the era’s freedom of spirit, she was acutely aware of the catastrophic effects of drug addiction. Not to mention, her naked images are not pornographic. Some might argue that this is hypocritical, given the free love atmosphere she chronicles in her work, However, I would submit that Yayoi’s embrace of the body beautiful is powerful and that younger generations can learn from this. That embrace, as resplendent as it is, and as the footage from her “happenings” shows, tenuously hangs by a thread if we fall into the black holes of war, violence, and addiction. (Bear in mind also that the AIDS crisis erupts in the not too distant future.) A legitimate warning is built into this. She’s no hypocrite. 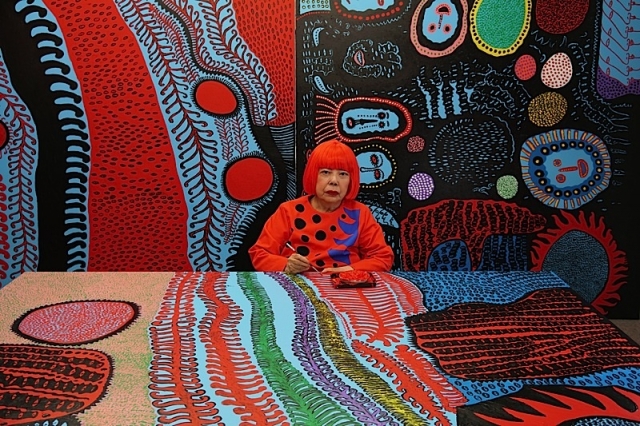 As sexuality and sensuality are under attack across the sociopolitical spectrum, the way Yayoi has portrayed the body as a beautiful thing is still truly radical in our very different present day. Lenz doesn’t explore this. Instead she constantly signals to the viewer how oppressed Yayoi was at points, as if the viewer can’t see the obvious. Clearly Yayoi Kusama has been a woman assailed by male domination. That is without doubt. What’s not to get? The spectre of male chauvinism is inescapably built into her story in the first place. No need to gild the lily. The audience isn’t as clueless as Lenz frets.

Nonetheless, Kusama-Infinity deserves to be seen. Despite all this, Yayoi Kasuma can’t help but emerge as an important and extraordinary artistic figure who merits much more attention than she’s been granted. Not to mention, her work, which the film to its great credit, revels in, is absolutely dazzling! Forget Warhol! Embrace Kusama! She’s better for the spirit. And better for the mind.