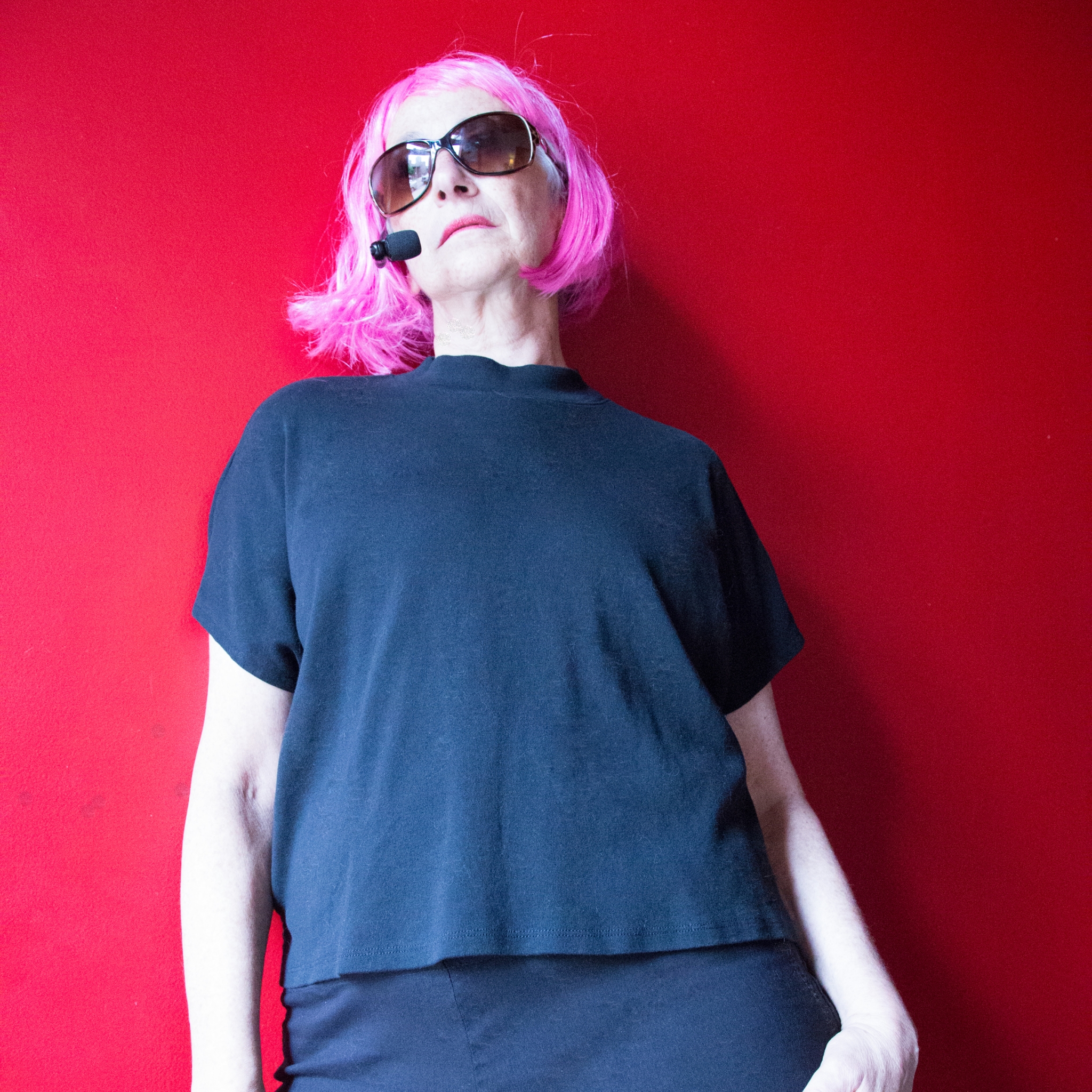 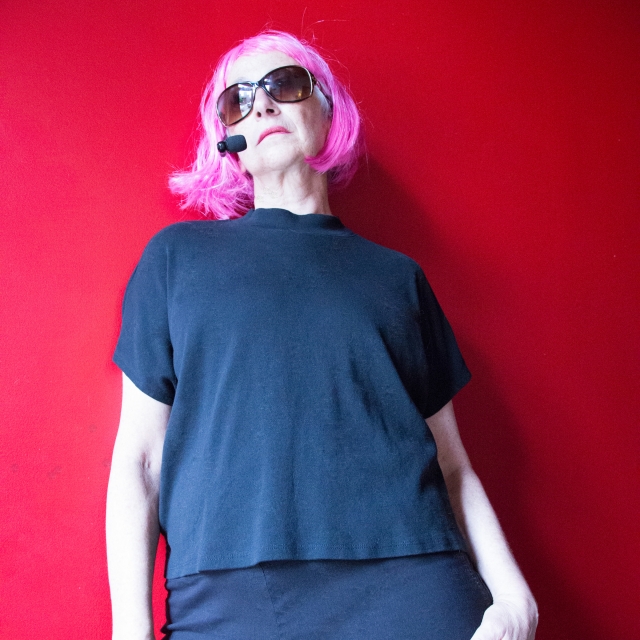 …Hers A Queen. Photo by Søren Olsen

The audience, some of whose members actually take part in one segment, function as spectators of a theatricalization embodied by an agile Miriam Must, one of Red Eye’s founders a generation ago, as Spears. She is nimbly supported by Paige Collette and Chloe Tarnowski as Spears groupie types, and veteran of the vibrant 1990s Minneapolis gay theater Kevin McLaughlin, who looks as if he stepped right out that era.
Director Steve Busa has chosen not to fully focus or commit …Hers A Queen toward any particular viewpoint and that sense of morass is dutifully supported by Skyler Nowinski’s sound design. This seems to be the point.
However, there is one exception. The section comprised of biblically toned affirmations promoting sexual abstinence is judgmentally read as if it was church doctrine spoken in a sermon. The audience takes part as well, as if it was a congregation sitting in theater seats rather than pews. Ironically, the contrast of purity vs. decadence, which….Hers A Queen clearly states and far too easily satirizes, has surprisingly been left unexplored by a theater company that was once renowned for examining dichotomies in human relationships and established social norms.
Busa should have passed his directorial power to someone with an affinity to the source material and the eroticism (which this piece has little of) that Medlyn is synonymous with. This mash-up has opted out of that. Of course, Red Eye is a very old hand for works in progress. Perhaps …Hers A Queen can be passed into new hands to actually thrash out the missed possibilities. It may be worth a try!
….Her’s A Queen
Through Sept. 29
Red Eye Theater, 15 W. 14th St., Minneapolis
(612) 870-0309
www.redeyetheater.org