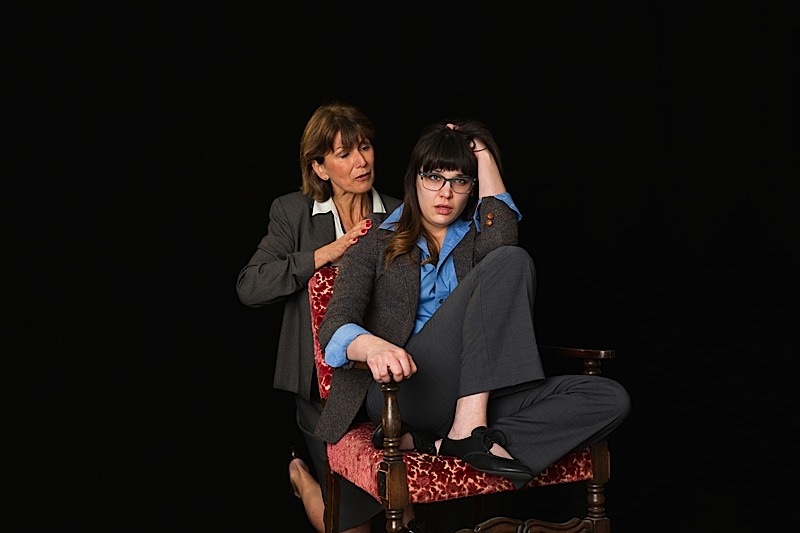 Playwright Sarah Treem’s landmark comedy, The How and the Why, is crackling in a great production from Theatre Unbound at the New Century Theatre in the Minneapolis City Center. This two-woman play pits the scientific theories of an older generation of women versus a younger generation of women. The older woman, Professor Zelda Kahn, created a name for herself a generation ago with “The Grandmother Hypothesis.” When she is paid a visit by Rachel Hardeman, a student in her late 20s, she learns of the younger’s captivating theory on menstruation. 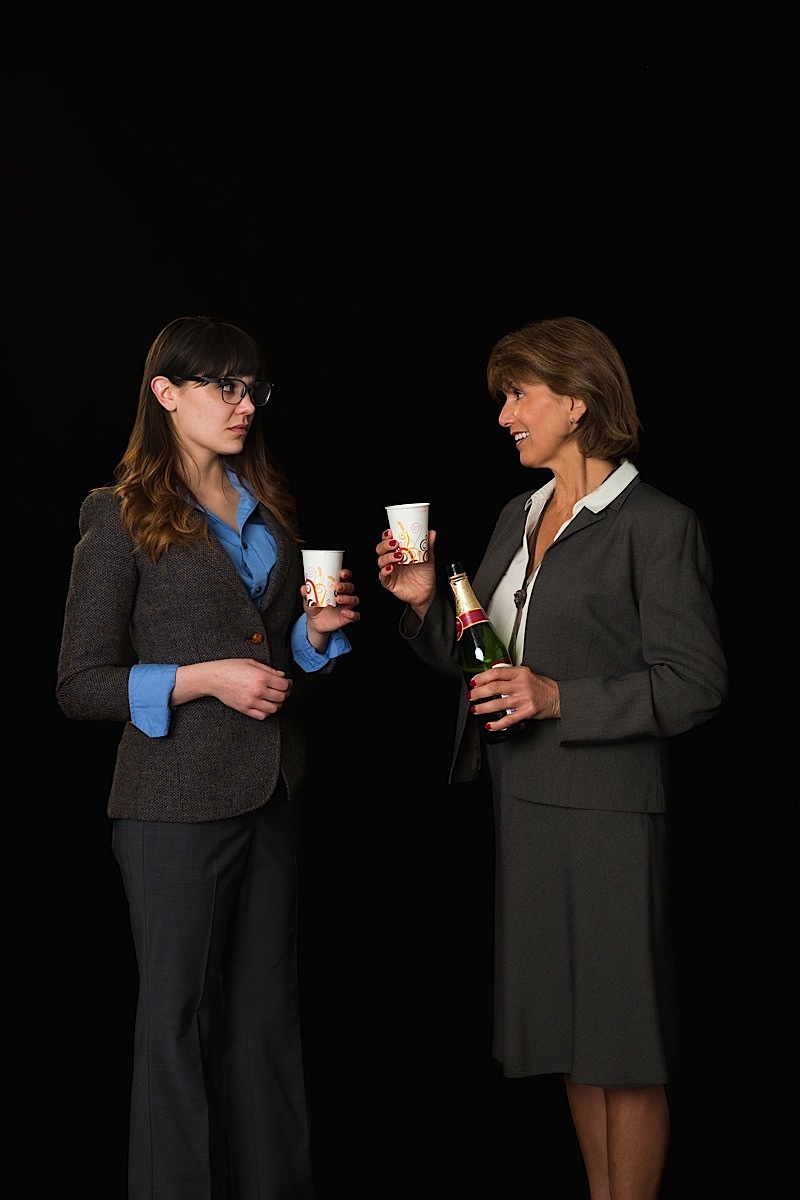 Caroline Kaiser soars as Zelda. The character’s intricate thought processes and rich emotional textures run on all cylinders throughout. This is not the view of feminism you’ll get from corporate media. And even though she is a towering academic, Kaiser’s Zelda is no careerist cult of personality type. Totally human. Always seeing the little ruptures in any argument, whether it comes from another feminist or not. She’s a career professor but she hasn’t let that colonize her mind. She’s unafraid to speak her mind. And oh, what a mind!

Molly Pach as Rachel vibrates like a raw nerve as she encapsulates that youthful quality of brilliant insight blurred by legitimate rage and unresolved personal insecurity. Oh, the curses of youth! Pach’s performance is masterful as Treem writes her every moment as highly emotionally pitched. To pull off a character written with so much continuous intensity is miraculous and Pach achieves this.

Shelli Place’s sharp directorial eye and ear have attuned to the characters’ piercing intellects and rugged emotional journeys so that we experience a wonderful chemistry emanating from the pair.

The How and the Why
Through March 20
New Century Theatre, 615 Hennepin Ave., Minneapolis
612-455-9501
www.HennepinTheatreTrust.org