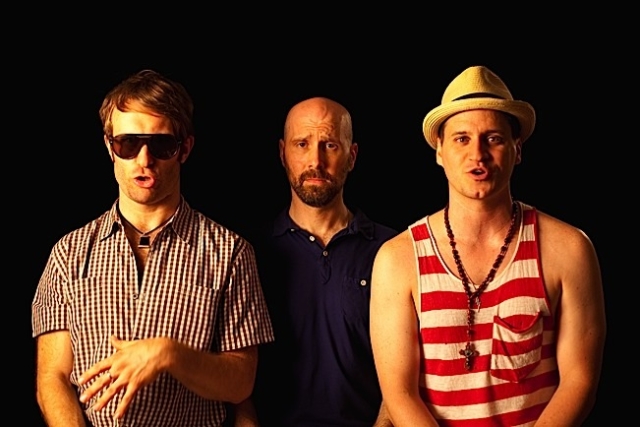 This is one helluva fascinating documentary. Though it doesn’t wrap things up in a tight conclusion, Do I Sound Gay? asks many questions that have gotten lost in our highly politicized GLBT discourse of recent years. We owe thanks to the gay man who has shaped this essential new film. Brooklyn filmmaker David Thorpe finds himself in his 40s and hoping for a relationship that will finally work long-term. His last breakup pummeled his self-esteem. And though he is attractive and well-built, he is fixated on his voice as sounding too feminine.

Thorpe embarks on a psychological and geographical journey to understand why he, and many other gay men he knows, speak with a  feminine sound — a sound which Thorpe says sometimes, though not always, grates on his nerves. We meet voice coaches in New York and Hollywood where a feminine voice will stereotype you away from most major film roles. 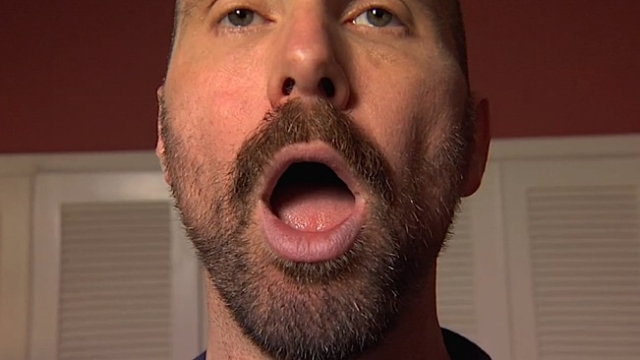 Thorpe bares his soul and has relatives and friends give their impression of his voice and his personal history. Interviews with others reveals there may well be connections between boys who were influenced heavily by women who develop the gay sound and as in one case, the little brother of older jock brothers who would qualify as what the personal ads call “straight acting.” That said, we also meet a straight man with a “gay voice.”

One view does seem to recur in some form throughout. “Gay sounding” men speak with clearer vowels, Ls are clearer. Ps, Ts, and Ks are over-articulated. Their vocal inflections tend to turn up and higher more often.

A glorious line-up of interviews ricochet with varying, and some may feel, contradictory ideas and conclusions. And so what! This film is a feast for the mind. Tim Gunn is simply a downright admirer of clear diction and vocal expression and if the gay voice achieves that then more power to it! Ideas of gay men emulating upper-class boys they saw in movies during childhood, eg. young Patrick in Auntie Mame, are convincingly supported.

The University of Minnesota’s Professor Benjamin Munson, David Sedaris, CNN’s Don Lemon, George Takei, and  Margaret Cho, among others, bring their own remarkable insights to this complex subject. The way film images seep into gay men’s consciousness is powerfully related. Some of Thorpe’s platonic gay pals bring both charm and insight, not to mention his cute kitty cat. 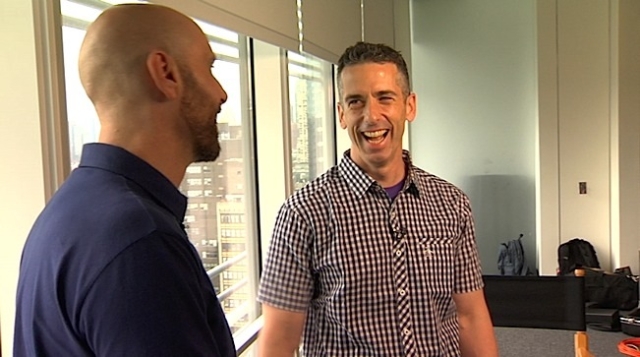 And of course, the man you knew just had to be in this documentary: Thorpe and sex columnist Dan Savage make it clear that boys often feel the need to butch it up in carriage and voice to simply survive physical bullying. A heartrending interview with a darling teen named Zach and his mother illustrates this vividly. In contrast, different compelling thoughts on hyper-masculinity in gay male culture are shared.