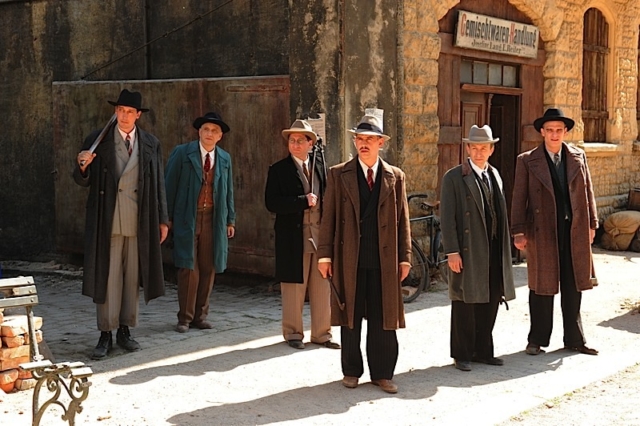 When the Holocaust ended, the Jews in Germany who survived entered a phase of discombobulating uncertainty. The dream for so many was to immigrate to the United States. However, there was a process in place which the American military administrated. After World War II, the victors set out to put Germany back into functional social alignment after years of fascism. Just like today, there is concern over drug cartel participants entering the U.S., so there was a comparable barrier to head off Nazis who committed war crimes. 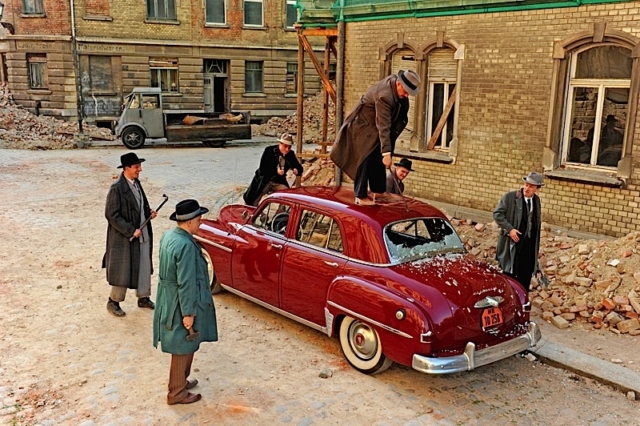 There were also investigations conducted to ferret out the criminals. This of course included those who wielded their cruelty in the concentration camps. So what happened when authorities suspected a Jewish prisoner of collaborating with Nazis? This is the problem portrayed in the fascinating film, Bye, Bye Germany. In Frankfurt, the wily Bermann is interrogated about his services as a comic for the highest echelons of the Third Reich. The American Army investigator, Sara, is in a position to either allow him to emigrate or to put him on the path to prison.

Filmmaker Sam Garbarski works wonders with the terrific actors as we keep guessing just what each of the major characters are thinking. To begin with, Moritz Bleibreu and Antje Traue, are such a deliciously appealing pair, that on the one hand wants them to embrace, kiss, and fall in love. But on the other, one doesn’t want genocidal criminality to be gotten away with. This makes for teasing romantic tension throughout. So what will ultimately happen? You’ll have to see this very entertaining picture to find out. 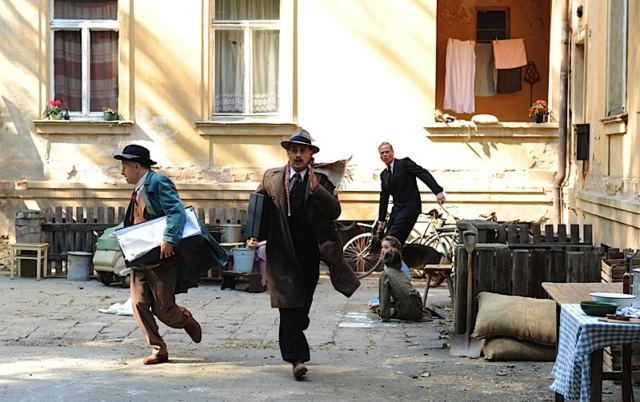 Moreover, Bye Bye Germany’s romance occurs in relation to a group of Bermann’s engaging buddies who survived the camps. They sell goods to gentiles who survived the war and their methods are very questionable. However, after the war they were thrust into freedom for the first time in a generation with no solvent economy in place for the ravaged fallen nation. Each person who watches the film should ask themselves what they would if they were thrust into the same situation. This adds to the richness of discussion that Bye Bye Germany definitely provides.