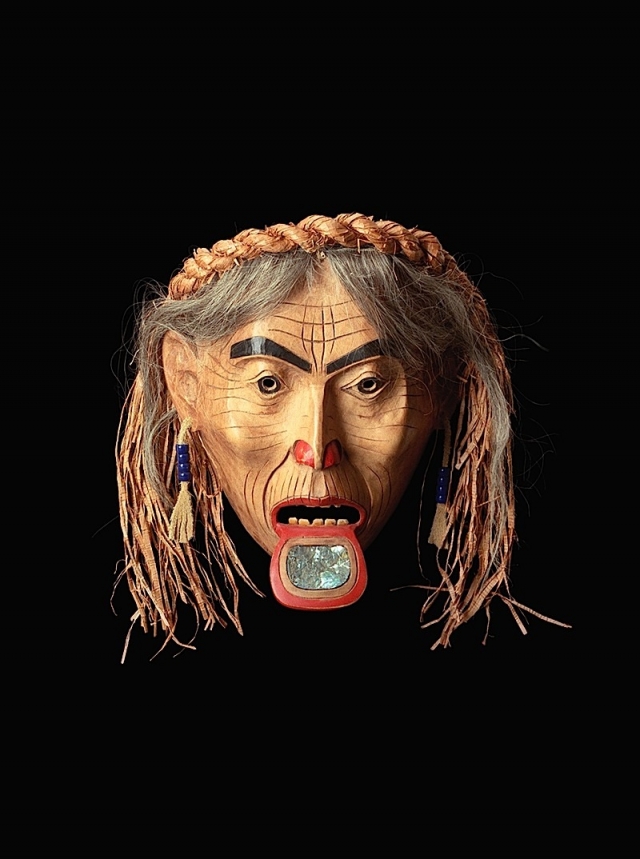 Photo: Courtesy of the Royal BC Museum and Archives. ©Canadian Westcoast Art.

The Minneapolis Institute of Arts is presenting an evocative exhibit of Native American women artists that plunges the visitor into a dimension definitely outside the daily life of the city outside. Prepare to feel transported, and oh what a wonderful feeling. Hearts of Our People: Native Women Artists is like stepping into a dream – presented by the Shakopee Mdewakanton Sioux Community. 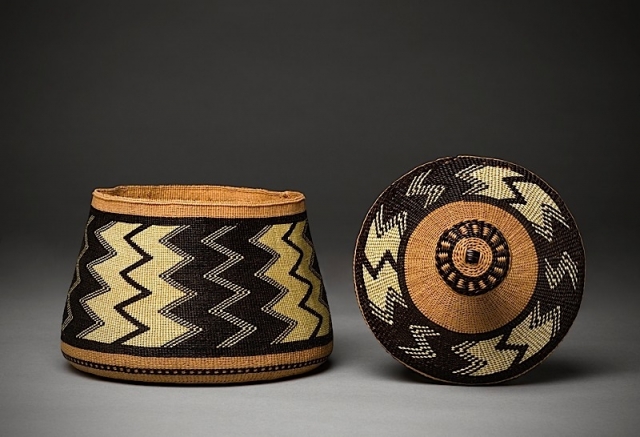 Daphne Odjig’s 1973 painting, From Mother Earth Flows the River of Life, is a gorgeous cosmic swirl that conveys the Woodlands style of painting and a powerfully vivid view of creation. Odjig, who was based in Canada, was the only founding female member of The Indian Group of Seven, and was called “Picasso’s Grandmother” (Odawa/Pottawatomi tribes). 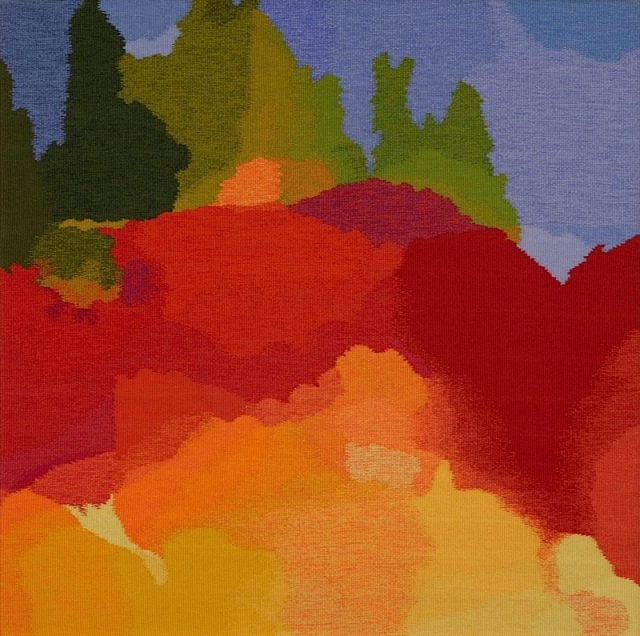 Contrast her work with Inuit, Jesse Oonark’s Untitled (1973), which speaks more with a hieroglyphic style. In this epic grouping of pictorial interactions of people and animals, the species sometimes seem to be in conflict. In others, not so much. Boat voyages and music-making add vibrancy to its vision. One could imagine seeing it on the wall of a cave.

A more modernist work evokes the human relationship to nature’s non-human creatures. In the elegantly rendered Sovereign (2007), a wolf is gracefully stretched out on a chaise by Mary Anne Barkhouse (Nimpkish Band of Kwakiutl Nation). I imagine that wolf as female looking like a queen: strong, beautiful, and adorable all at once. You may want to pet it, but you must not touch!

The Old Arrow Maker, carved in 1872, is a smoothly sculpted vision of an elder arrow maker with his daughter, Minnehaha, sitting beside him. They look up to warmly greet warrior, Hiawatha. Carved in marble, you might think if you were to touch it, you’d feel actual human flesh. But again, don’t touch! Sculptor Edmonia Lewis was inspired by Henry Wadsworth Longfellow’s poem Song of Hiawatha. She was Mississauga and African American. It was commissioned by President Ulysses Grant for his trip to Rome. 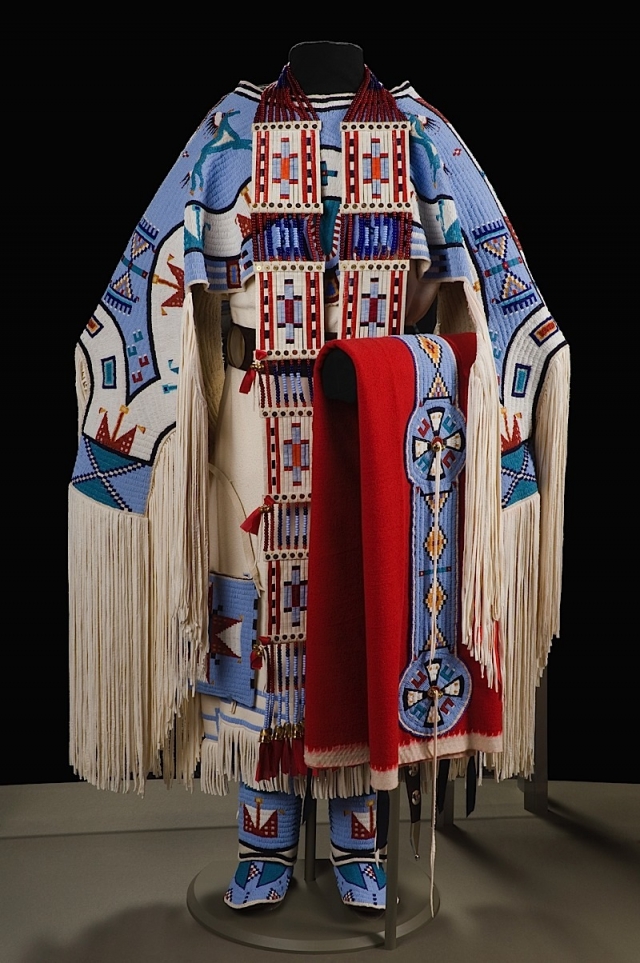 Collection of the National Museum of the American Indian, Smithsonian Institution 26/5818-5821.

Clothing is marvelously displayed throughout. Anita Fields of the Osage tribe is the creator of a striking combination of military coats blended with beadwork and embroidery which were gifts to high-ranking U.S. diplomatic officials with It’s in Our DNA, It’s Who We Are (2018). Another work from our current decade is Heather Levi’s hide and beads for a pipe bag for her husband, expertly crafted three years ago. 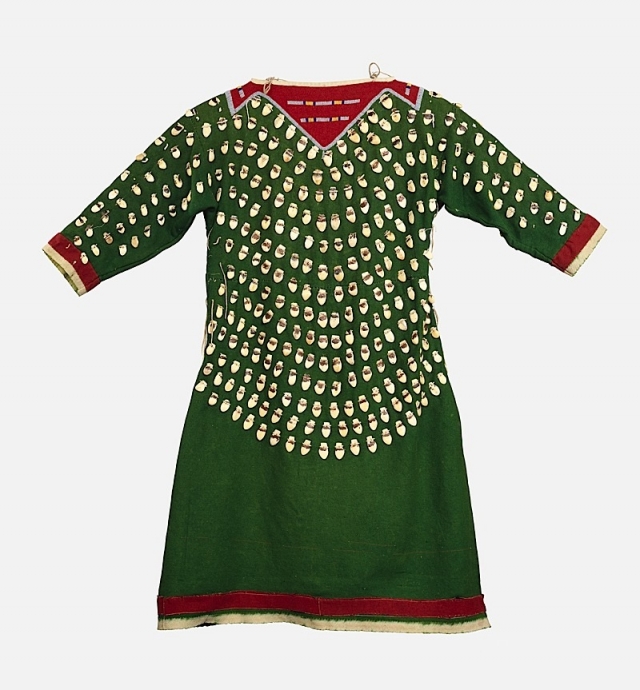 An unnamed Anishinaabe artist c.1900, created Jingle Dress and Headband, an outfit said to have come out of a vision a father had in seeking healing for his daughter’s illness. Indeed, it’s one of many examples of Hearts of Our People’s mystical undercurrents.