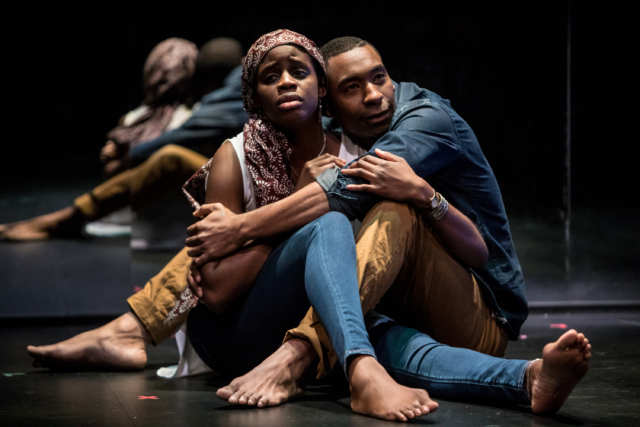 The Guthrie Theater’s Level Nine Series often produces stimulating, low priced ($9 a seat) socially conscious play productions. The current compelling offering, We Are Proud to Present a Presentation About the Herero of Namibia, Formerly Known as Southwest Africa, From the German Sudwestafrika, Between the Years 1884–1915, portends a fascinating subject. However, playwright Jackie Sibblies Drury focuses on a racially diverse acting troupe that is more interested in projecting their own contemporary Americanized views of race and racial history onto what is a very different situation than that which they seem called upon to play. It’s a danger inherent within collaborations that don’t have a script, even a partially finished one, or a new work that lacks a dramaturg or bona fide historical researcher or both, advising on historical aspects and structure. The play also exposes how “Ameri-centric” views of race and history can be, no matter what the color is of the actor expressing themself.

We Are Proud to Present sets us up right away with the conceit of letters written by the German soldiers. Of course, you guessed it, there is nothing said about the oppressive actions the soldiers are enacting against the Africans. This choice of using such letters to drive the drama triggers an understandably resentful attitude among some of the actors and this launches the production into an exciting theatrical experience.

The ensemble is impeccable, riding a roller coaster of triggered emotions where the white actors and the non-white actors project their views onto the story and then become swept up into their own personal and interpersonal upsets. Everyone is consumed by their own personal agenda, rather than diligently, thoughtfully, and cooperatively making the historical horror at hand be portrayed credibly. The verbose title itself gives that away as it seems to want to impress with it’s importance rather than actual content. What’s ingenious, however, is that it becomes a significant work about the creating of theater. Far better than the widely produced and overrated, Circle Mirror Transformation. To point, the content is not the genocide, but the messiness of a collaboration process. 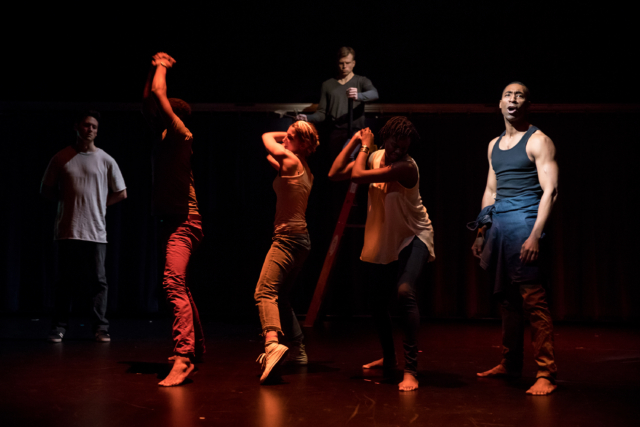 Moreover, I can imagine this play creating rifts between co-actors. And by the way, I have no idea at all how this particular group of actors at the Guthrie interrelates. That is simply my general observation gleaned from watching this piece. Such rifts are something the general public may not realize can happen, but indeed they can and do, especially when there is such a potential for egos and identities to be challenged. It can create amazing performances but wounded comradeship. We Are Proud to Present reveals this quite marvelously.

There is actually a considerable amount of information about the Herero and Namaqua genocide from 1904 to 1907, though not in this play. It would be a great subject for a commissioned script project. We Are Proud to Present, even when it gets past the letters conceit, gives us merely a thumbnail sketch of the time and place. Some of the attendees in the elevator as we were leaving the ninth floor said they had expected something historical.

What they got, however, was a crackling ensemble that shows what happens when a stage collaboration is overpowered by too many cooks. And let me be clear, the production itself, brilliantly directed by Taibi Magar, is sharp and concise on its own terms of exposing the ego of actors and the problem of historical focus. This, in itself, makes for a fascinating character study, not to mention, what not to do when collaborating on script with incendiary subject matter.