A Compelling Musical About Childhood, Serendipity, and Magical Realism — “The Passage” 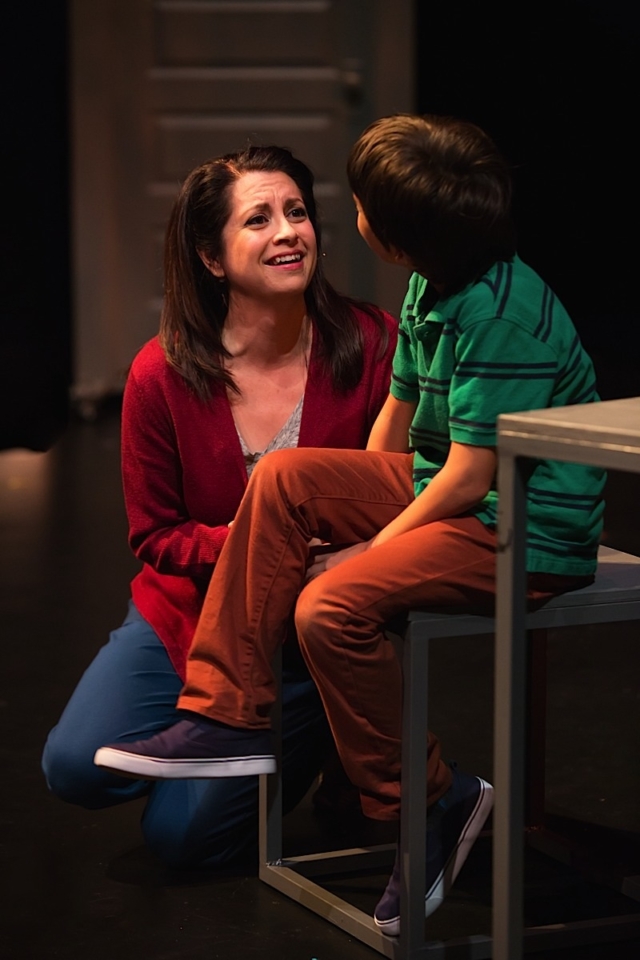 The 7th House Theater has premiered a compelling new musical about a boy who fears the monster in his basement. David Darrow, known for his first-rate Minneapolis stage performances as an actor, has written the book and lyrics and composed the music for The Passage, or What Comes of Searching in the Dark, now at the Guthrie Theater’s Dowling Studio. It was created as a minimally staged collaboration and stands as a sterling example of magical realism in musical theater.

Alejandro Vega is a young dynamo in the role of 12-year-old Albert and Mary Bair complements him splendidly as his older friend, Cassie. She helps him come to grips with a family secret about his father and in the process they learn of a serendipitous experience which you have to see the show for, rather than read it here.

Lara Trujillo endears in a reflective performance as Albert’s mother. Bright music direction by John Lynn and a vibrantly voiced ensemble illuminate that Darrow has generated a work on par with other small-scale musical gems such as March of the Falsettos, Fairy Tales, and John and Jen. Among those gems, The Passage, now glistens as well.

The Passage, or What Comes of Searching in the Dark
Through Dec. 4
Dowling Studio at Guthrie Theater, 818 S 2nd St., Minneapolis
612-377-2224
www.guthrietheater.org