A Classically Inspired “Camelot” at the Ordway 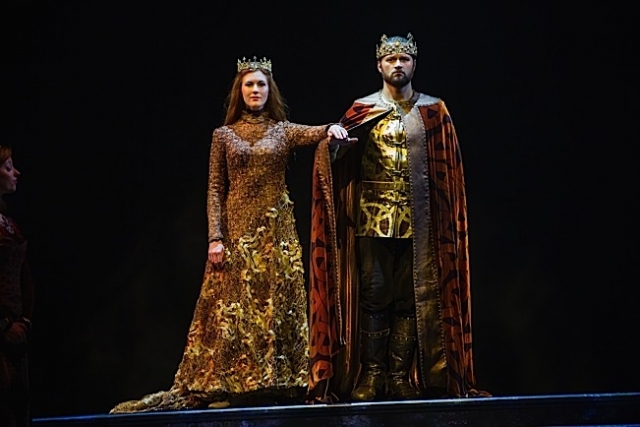 The tour of Alan Jay Lerner and Frederick Loewe’s Camelot at the Ordway has the look and feel of a grand opera and the archetypal sense of Greek tragedy. Director Michael McFadden’s approach to Lerner’s book and lyrics is sternly attuned to the idealistic antiwar viewpoint that “might is not right” for its own sake but that might should be used for right, or in other words, the common good. It recognizes that defenseless illiterate peasants should not be senselessly killed en masse in wars.

The time is the Middle Ages in England. King Arthur is clearly a more evolved man than the rest. His concept of a round table can be seen as radical for its time and a baby step in the big picture toward the eventualities of democracy and egalitarianism. 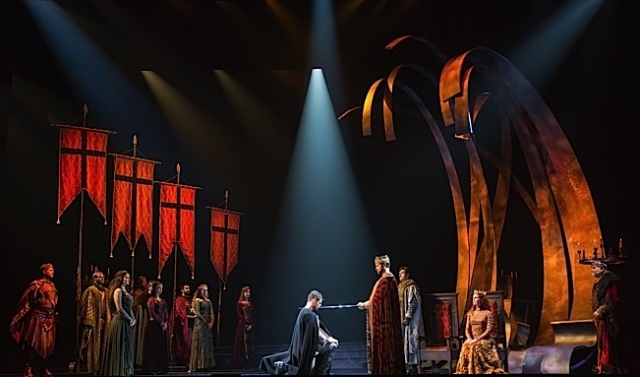 Though it’s a heavy-handed approach, the philosophical power comes through vividly and at times, movingly. Kevin Depinet’s set design is reminiscent of opera, with spare settings and very large set pieces such as some tall iron-looking pieces stage left that signify forest trees and the castle. Banners simply, yet boldly contribute greatly to a regal look. Lovely sky images and a segment where giant roses are suspended from above give the show a strikingly modernist edge. 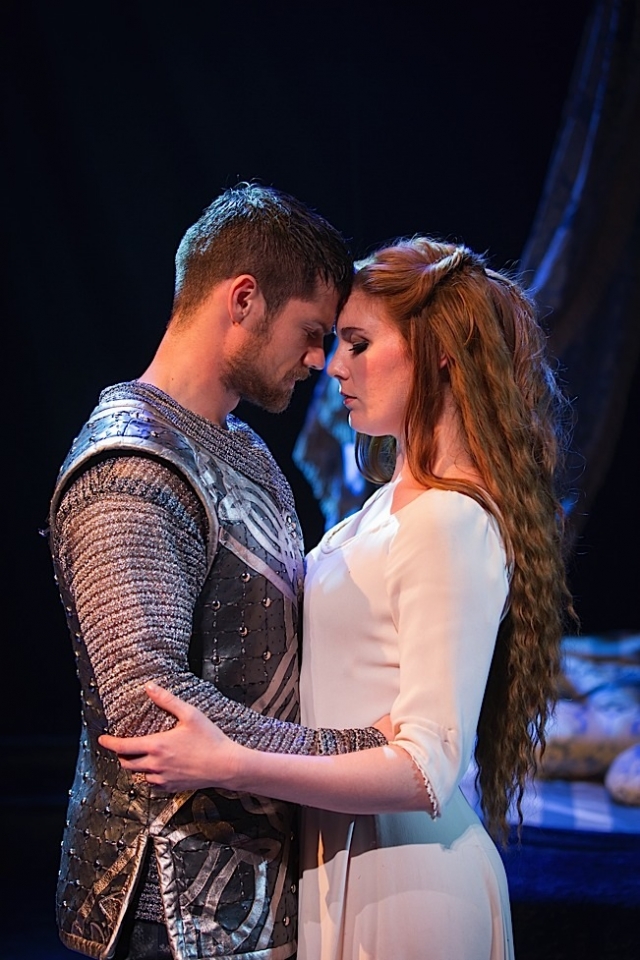 Adam Grabau’s Arthur is lovably idealistic though he could be more forceful in parts. Mary McNulty’s vocals as Guinevere are expressive and solid. Tim Rogan finds the naivete and unwitting arrogance in Lancelot and his delivery of the show’s famous adulterous tune,* If Ever I Would Leave You*, is gorgeous. Double-cast Mark Poppleton is vibrant as magician Merlin but his speaking voice is strained as old King Pellinore.