A Charming Prince for Cinderella: Andy Huntington Jones at the Orpheum

When Rodgers + Hammerstein’s Cinderella comes to the Orpheum Theatre September 8–13, Andy Huntington Jones as Prince Topher will be the man seeking a certain foot for a certain glass slipper. In real life, Jones was raised by two moms (“my official fan club”) in a land far away in the East; he talked recently with Lavender about the experience. 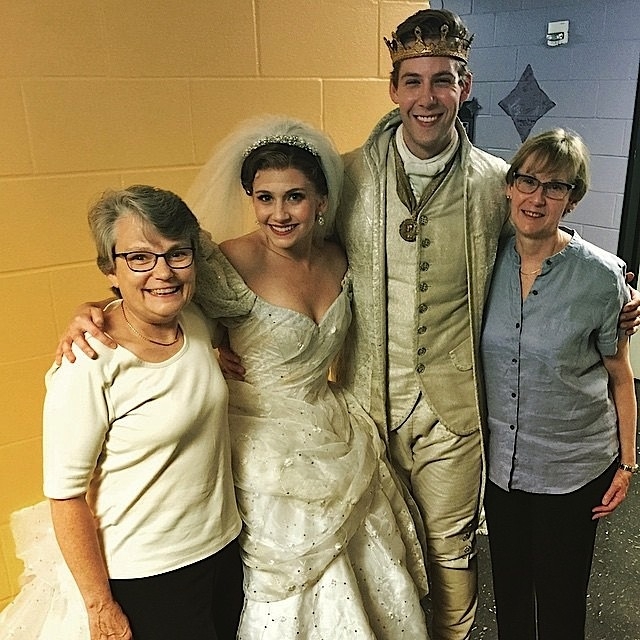 You grew up in Boston. Was it a good time for a two-mom family?
Andy Huntington Jones: I grew up in Swampscott, about 30 minutes north of Boston. As an only child being raised by same-sex parents, I felt completely normal growing up. In hindsight, Massachusetts was a great place for our family, but this was still very early for it to be considered normal for two women to raise a son together. We were very lucky to have such a supportive community around us, still, I think going into parenthood as a lesbian couple in the late ’80s would have been scary. They didn’t know what to expect.

With your passion for music and dance, stereotypes would suggest you had gay dads: So much for stereotypes. Is either of your moms musical?
AHJ: One of my moms got a degree in piano performance and taught music for several years before becoming a psychologist, so I think music is definitely in my blood. We had a musical household, but having parents who encouraged me to find what makes me happy is the biggest reason I ended up an actor. I wanted to follow this difficult life that brought me a great deal of joy, and my parents have been nothing but supportive.

Despite changing times, some still insist that children need both a mom and a dad. You make an excellent disclaimer to those arguments. What would you say was the most important factor in your raising?
AHJ: I was raised in a house full of love. My parents tried for many years to conceive before I was born, so there is no question that I was wanted. And in terms of having two moms without a clear father figure, I never felt a yearning for a “dad” growing up. I had a remarkably happy childhood, and I think that any two loving, nurturing parents are able to support a kid in a positive environment.

You mentioned being one of the first “gaybies.” What was the early reaction from your neighbors, classmates, and teachers? Did you or your moms meet any backlash or were you accepted?
AHJ: All of my peers were very accepting. I would occasionally get made fun of for doing theater, but my family was never a source of ridicule among students. I know that my moms felt a need to make everyone in town comfortable with our situation. They would skirt around the word “lesbian” because they didn’t want to make people uncomfortable. My moms often introduced each other by their first names to avoid opening the we-are-raising-him-together can of worms. They walked on eggshells from time to time. I’m sure that without a kid they would have had a more “I am what I am” attitude, but I know they were worried that other parents might not let their kids come over for play-dates.

Everyone was incredibly kind, and the most people did was whisper behind our backs, because everyone knew it was wrong to discriminate against us. But we were a new kind of family and people did whisper. I think if we hadn’t lived in Massachusetts the whispers would have been louder.

The national opinion about the LGBT community has changed so much in the past 20 years. My mom was telling me that whenever they come to visit there are excited shouts of “The Moms are here!” she gets teary-eyed, because that would have not happened 20 years ago. So, I would say that we were tolerated but it took a few years to gain acceptance. We were a new type of family. Cam and Mitchell from Modern Family were not yet beloved television characters. Gay marriage was illegal. We have come a long way. 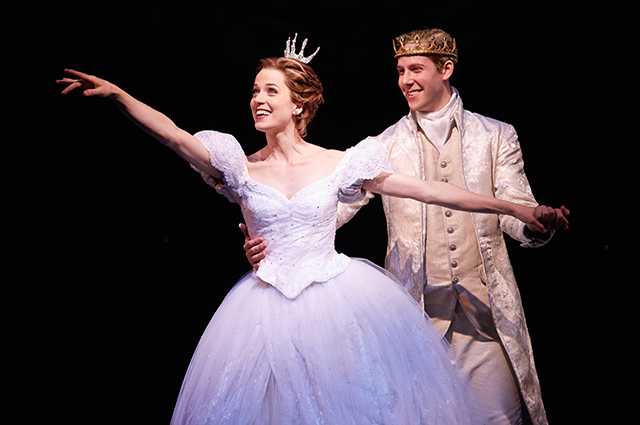 What has been their/your response to the recent SCOTUS decision?
AHJ: It was thrilling for us all to hear of the SCOTUS ruling exactly eleven years after my parents’ wedding. We couldn’t believe it! It is overwhelming to know that all marriages, gay and straight, will be recognized by the federal government. I have no words. When I was a teenager, my parents were “the lucky couple that happened to live (and could get married) in Massachusetts,” but now we all have that right. The ruling decision was made when the tour of Cinderella was in Texas, and knowing that every corner of the country would have the same rights for both gay and straight couples was truly moving.

What do folks say nowadays when they learn about your parents? I’m hoping the answer is something like, “Oh, that’s nice,” as they go on to other things.
AHJ: Bringing up my parents is either met with excitement or with nonchalance. I also work in a very accepting industry, and I’m sure that has something to do with it.

Is there anything particular you know of that you have taken from home into your professional stage work — your approach to acting/dancing, or toward your fellow actors?
AHJ: It’s hard to self-diagnose exactly how a personal journey has affected the present. I am still a version of myself onstage, so every performance is influenced by my life, just by showing up. My raising is more a part of my work than I could possibly measure.

Cinderella looks to be a fabulous production; what for you is its high point and/or greatest strength?
AHJ: I think our version of Rodgers + Hammerstein’s Cinderella makes the audience feel comfortable with Douglas Carter Beane’s fresh new book. It’s very witty, and modern, and I think our moral that kindness can change the world is more effective when the audience is laughing along the way. It is a positive night (or matinee) at the theater.

Have your moms seen you in Cinderella?
AHJ: My parents are my official fan club. I should make them t-shirts. Between my year performing in the Broadway production and my past year on the road, my moms have seen the show upward of 20 times. I have been lucky to tour to some wonderful cities in this production (and some wonderful foreign countries on other tours) so my parents can treat visits like vacations. We get to spend time together, they get to see a new city, and I don’t have to miss the show!

Have you acted with your girlfriend in any production? I understand she’s Ella’s understudy in the show.
AHJ: Audrey Cardwell (my now fiancée) and I met performing together in a production of Rodgers + Hammerstein’s The Sound of Music several years ago and have been together ever since. Cinderella is the first production since The Sound of Music where we’ve worked together on the same show, so this has been a joyous tour for us both. Between Audrey understudying the role and taking over as Ella for several months this spring, Audrey and I have played the roles on stage together almost a hundred times. There is nothing like falling in love with your fiancée on stage every night!

Is there a part beyond Prince Topher that you yearn to play in the future?
AHJ: Although I’m deep in the musical theater world right now, I would love to tackle some of the great Shakespearean leads. Perhaps you’ll see me as Hamlet in a few years, or as King Lear in a few decades.

Is there anything that you would like to say to Lavender readers and your Twin Cities audience?
AHJ: Hope to see you at the Orpheum Theatre!