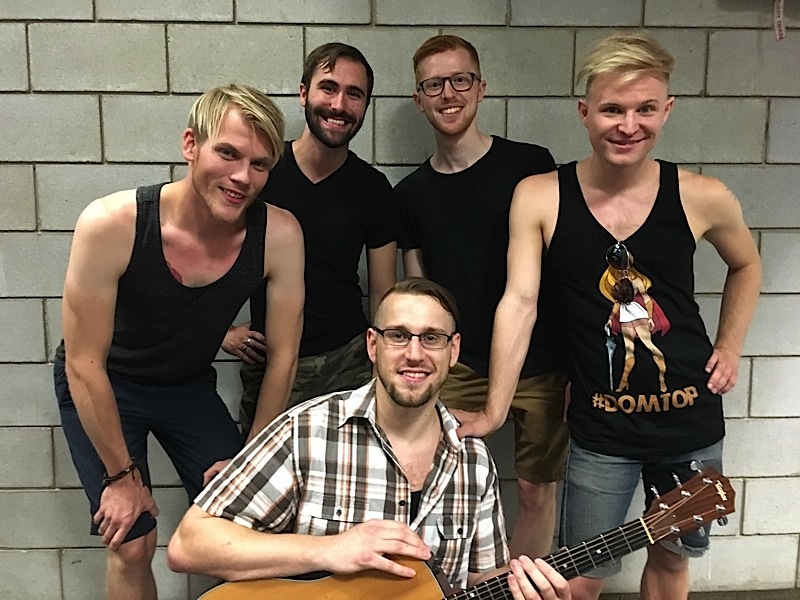 Hooking up on the internet has shifted the way that men attracted to men have come to interact. There’s little to no chance of actually relating to the personality of the other guy beyond their penis size or the (stereo)type of man they perceive themselves to be: twink, jock, bear, straight-acting, the list goes on. This makes for men ruling out other men based on bits of physical information that too often don’t even reflect the actual physicality of the men in “communication” (if you can honestly call it that). It’s a categorical way of thinking, or perhaps “not” thinking would put it better.

Co-writers/composers/lyricists Paul Fosaaen and Joel Swearingen have achieved something remarkable: their new musical, masc4masc, is as fluffy as a marshmallow, yet it miraculously packs a wallop. Credulous protagoinist, Cody (an endearingly naive Erik Carlson) doesn’t really have an image of himself that synchs up with what’s hot on various apps and websites. Coached by gay buddy Brody (a sharply assured Jamie Marshall), he navigates cyberspace only to find himself treated badly and like a sex object. No, this work is not anti-sex in the least, but it is brutally honest about how we can reject others because of their looks and supposed attributes. Ironically, one might say it’s about men going out of their way to not have sex. 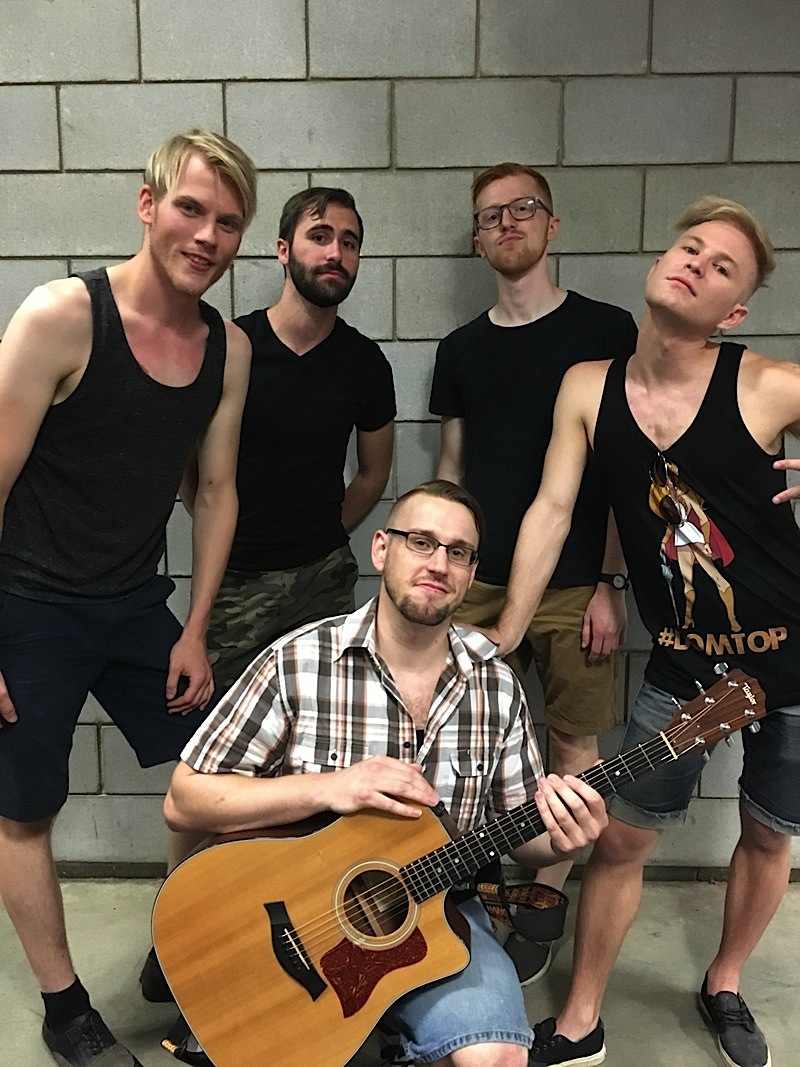 Nonetheless, masc4masc keeps it light and in doing so it actually breaks the silence on ways in which men can, and do, cruelly objectify other men. This falls into the commendable category of a marginalized group looking at its own foibles and not placing the blame outside of the community. (I would love to see this group, which calls itself Perfect Chair productions dig deeper, if not more darkly, into this subject. Believe me, they are onto something that is not being examined as scrupulously as it should be in today’s theater and film.)

masc4masc
Through Aug. 13
Rarig Center Arena, U of M
www.fringefestival.org