A Breakthrough in Transgender Inclusion at the Children’s Theatre 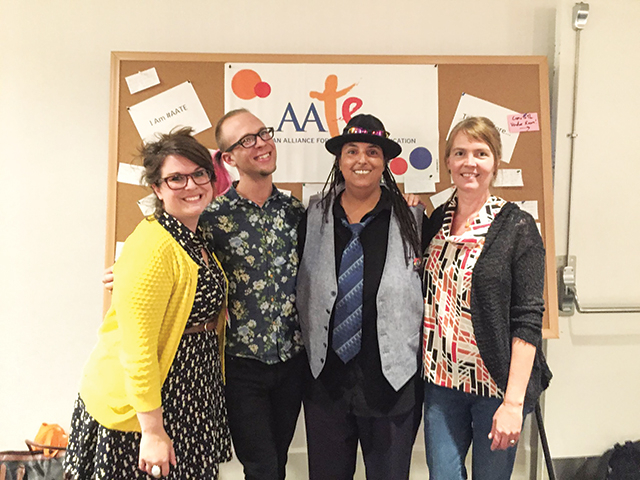 The Children’s Theatre Company of Minneapolis ranks as the nation’s flagship children’s theater and is esteemed as one of the foremost children’s theaters on the planet. Therefore, their programs and productions are profoundly influential. That’s why their recent initiatives in transgender inclusion in classes and auditions marks the beginning of a whole new dimension of how theater is administrated. 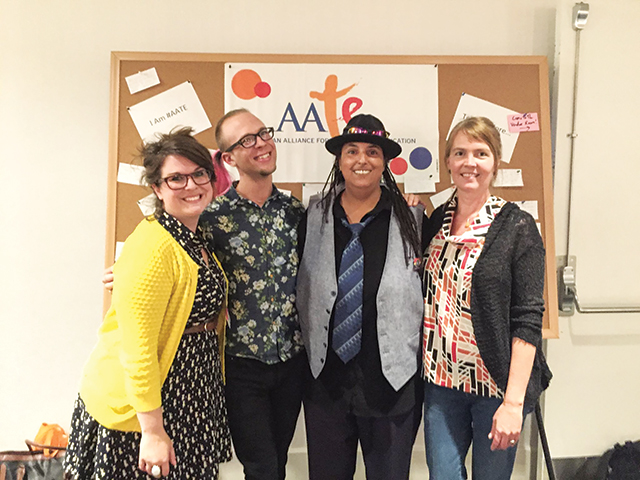 In 2013 CTC developed “ACT One,” a platform for access, diversity, and inclusion for their audiences, programs, staff, and board. The words “Access,” “Connect,” and “Transform” were named as interdependent words for an action guide for a future when CTC is seen as a home for all people and all families as a reflection of the community. This platform sets out to include more people from a broader income range, persons of color, persons with disabilities, and a wider range of those of different sexual orientations and gender identities.

This spirit resonates with the implementation of a trans inclusion policy and the posting of  “Safe Space” signage in classrooms, offices, and program areas as welcoming to the GLBT community. Trans terminology has also been learned and shared in the Transgender 101 training.

Deb Girdwood is CTC’s director of access and inclusion. She amplifies the importance of this focus on language: “We are continually working on non-binary language. In some cases it’s easier than others, i.e. changing the pre-recorded announcements, training customer service and educational staff to adapt their more standard language to say ‘folks,’ “friends,’ ‘families,’ instead of ‘boys and girls,’ ‘ladies and gentlemen,’ ‘ma’am or sir.’ In other cases, unlearning informal gendered language, such as with staff, takes more practice. We try to continuously remind staff of the importance of eliminating gendered language in the workplace (the casual: ‘hey guys,’ ‘ladies, should we get lunch?’) and this is certainly hard to unlearn for many of us.”

Girdwood also relates that “our anti-bias taskforce has an interesting challenge when it comes to reviewing scripts and stories. One example of a recent change to a script was where there had been an audience interactive segment that asked for ‘boys to do this’ and ‘girls to do that’ and we changed it to parts of the audience: left side, right side. Once explained, the changes were received well and enthusiastically. I think the biggest challenge is in the casual moments of workplace discussion. We’re working on the balance of stressing the importance without mandating language. There are many identified common micro-aggressions for that matter to regularly work on; it’s ongoing and intersectional.”

Micro-aggression is a term that has come into common usage regarding transgender issues. This has compelled looking at dynamics that arise in relation to communications with and about transgender people. OutFront, Anderson’s RARE Productions, and the Transforming Families organization are vigilant in addressing this. And all three have been instrumental in honing the CTC institution’s understandings about the subtleties of transphobia and exclusion.

For example, there is a view that denial and minimalization is occurring when someone says “a kindergartner can’t be trans.” Someone who sees an injustice against a trans person but feels it is not their place to speak up because they themselves don’t identify as trans might actually be an evasion. Being unconscious of cisgender privilege is considered to be a major concern.

However, as Shakespeare says “the play’s the thing,” so of course CTC has delved into how trans awareness influences the very practice and study of theater at the audition, classroom, rehearsal, and performance levels. Ellie McKay, CTC’s director of theatre arts training, points out “in most plays you’ll find, within the first few pages, a character breakdown that will include either an ‘F’ or an ‘M’ to indicate whether characters are male or female. We are interested in scripts that feature trans characters and characters that do not have to fall into an M or F category. Not only do we want trans and non-binary students to have roles available that represent them, but we also want to make sure all of our students have access to stories, perspectives, and characters from a diverse gender spectrum. As an example, in one of our recent early childhood classes called ‘Wild West,’ a teacher wanted to create characters and offered them the opportunity to play a cowboy, cowgirl, or a cowpoke, Rather than Twelve Dancing Princesses we titled Twelve Dancing Royals to eliminate the specific gender binary.”

McKay continues, “All classes start with pronoun go arounds, where students and teachers get the opportunity to introduce themselves with the name they want used and the pronoun they use, if any. In audition situations we also ask what genders actors feel comfortable playing so we don’t make an assumption a student isn’t comfortable with. It’s common in theater for women to be asked to play male roles; the reverse is less common. During auditions, rather than breaking the group into boys and girls to learn vocal parts, we ask students which song they’d like to sing. We want our students to feel confident and supported in our program; and making sure we’re not asking them to play genders outside their comfort zone, or pigeon hole them based on gender expression, is part of that equation. Additionally, as a faculty we’ve been working to make a clear distinction between a character’s gender and an actor’s gender. For example, when teaching choreography: where we might have said ‘girls stand here and boys stand here,’ we might say ‘female characters over here and male  characters over here’ and ideally finding space for characters that aren’t necessarily boys or girls.”

Girdwood says CTC hopes to embed and design its thinking and programs with trans folks in mind through systemic practices and discussion of gender inclusion. Cat Hammond, who serves as the theater’s GLBTQ community liaison says, “I feel that CTC is committed to doing this work the right way, directly seeking input from queer and trans people, listening to that input, and acting on it. All the way up to the organization’s leaders, I’ve seen a genuine investment in this process and willingness to make real changes, even when it requires time, money, or humility. These are not superficial gestures of allyship. The folks at CTC are enacting changes that literally make their spaces more accessible to people of marginalized genders. I am honored to be a part of this work, and I feel that CTC is setting a tremendous example for other organizations.”

Roxanne Anderson points out, “This has been an ongoing process. It’s not a ‘one and done.’ No 1.5-hour training or workshop makes you an ally. No Trans 101 will make you an expert. CTC went for long-term change and impact; this is what makes a difference. They invested. They paid fair market rate, and hired trans-identified folks to facilitate.”

The embodiment of trans consciousness in CTC’s stage product is actually on the horizon. Their Threshold: New Works in Development program will create a piece by the iconoclastic trans theater artist, Taylor Mac, titled The Fre. Nigel Smith directs what is called an exploration of radical empathy and a celebration of getting down and dirty. Indeed, CTC has made a breakthrough in transgender inclusion that few, if any, other theaters have made before. It could be a prototype for other theaters around the country.