Adam Rippon: For the Love of the Process

At the 2015 U.S. Figure Skating Championships, Adam Rippon combined athleticism and artistry for an extraordinary and memorable performance. Winning the free skate and finishing second overall, he set a new standard for U.S. men’s skating. What made it all the more impressive was that he had begun the season doubting his place in the sport and wondering whether his impressive early achievements (two World Junior Championships) were the pinnacle of his career.

Rippon’s sense of commitment and responsibility can partly be attributed to growing up as the oldest of six children. With such a large family, he learned to balance multiple tasks, focus, see things through, and give his best even on a bad day. Among the tasks he has recently taken on is choreography. Long known as an artistic and expressive skater, Rippon always had ideas for programs, but never formalized them until U.S. ladies medalist Mirai Nagasu asked him to create an exhibition program. Rippon took the time to answer some questions ahead of his appearance at the 2016 U.S. Figure Skating Championships. 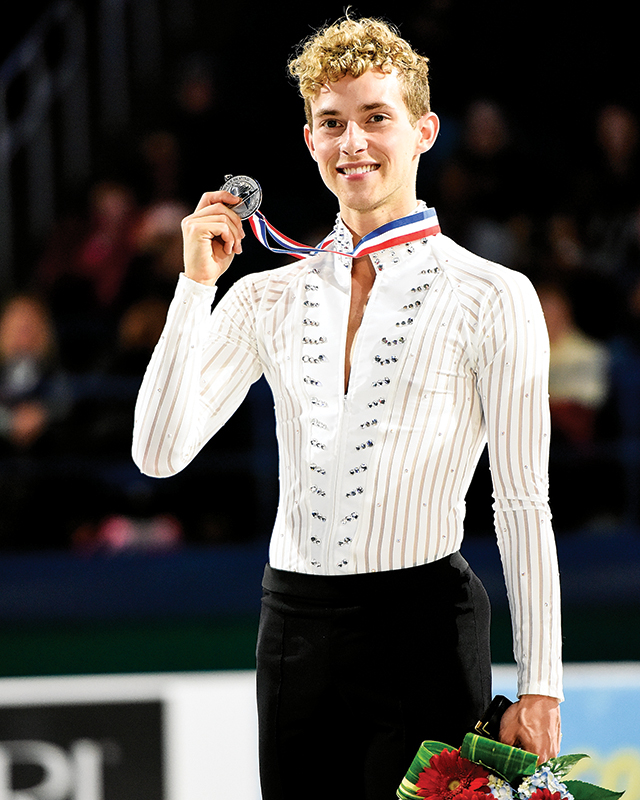 Before last year’s championships, you were doubting yourself and your place in figure skating. Why was that?
Adam Rippon: I was doubting myself because I had missed making the 2014 Olympic team. I was an alternate for the 2010 games so the next few years after that were dedicated to me making the 2014 team. When I skated at the U.S. Championships the year of the Olympics, I put so much pressure on myself to be perfect and when I ended up not making the team, it was a huge hit to my confidence. I didn’t feel like I belonged any more.

You ended up winning the free skate and taking second overall last year. What changed? Has that renewed your passion?
AR: What changed was that I was competing for myself. I worked so hard and put in so many hours so that when I got onto the middle of the ice and heard my music playing, I could just enjoy. I didn’t worry about the result. I had to remind myself why I was skating in the first place. For as long as I could remember my only motivation was the Olympics so I had to go back and find out what was the real reason for me being on the ice. I finally realized it was just that skating was my passion and I truly love being out there. I loved the feeling after a long day of practice, and I loved the thrill of performing. I found joy in bettering myself everyday. Someone once told me that you have to enjoy the process and it wasn’t until I was forced to think about what I truly enjoyed that I realized that the process was what I loved the most. 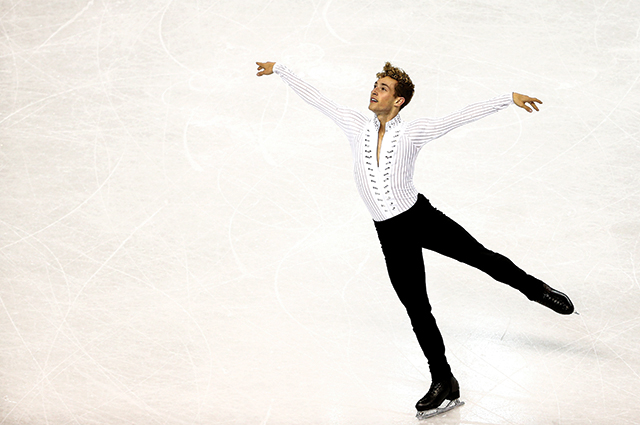 You opened up about your sexuality in the latest issue of Skating magazine. Why did you decide to declare it publicly?
AR: The article in Skating magazine was a piece on me and my best friend, Ashley Wagner. I decided to say something because I think we still live in a time where saying something still means something. I remember when I was younger, I read a lot of articles and saw a bunch of YouTube videos of others coming out. It really helped me a lot. I also said it because I have become really comfortable with who I am and I hope my story can help someone be confident in themselves, too.

You said in that interview that you hope you’re a role model not just for young figure skaters, but parents who might be concerned that their sons are figure skating. What kind of message do you hope your story brings?
AR: I hope my story brings reassurance that if you work hard and set goals, anything is possible. It doesn’t matter if you came from a small town in northeastern Pennsylvania. Never limit yourself and if you have the opportunity to go after something, take that opportunity. I also want to show parents of skaters and skaters themselves that you should always be yourself. Treat others the way you want to be treated and never lose your sense of humor.

Be sure to cheer on Adam Rippon at the 2016 U.S. Figure Skating Championships in St. Paul. For more information, visit www.2016uschampionships.com.