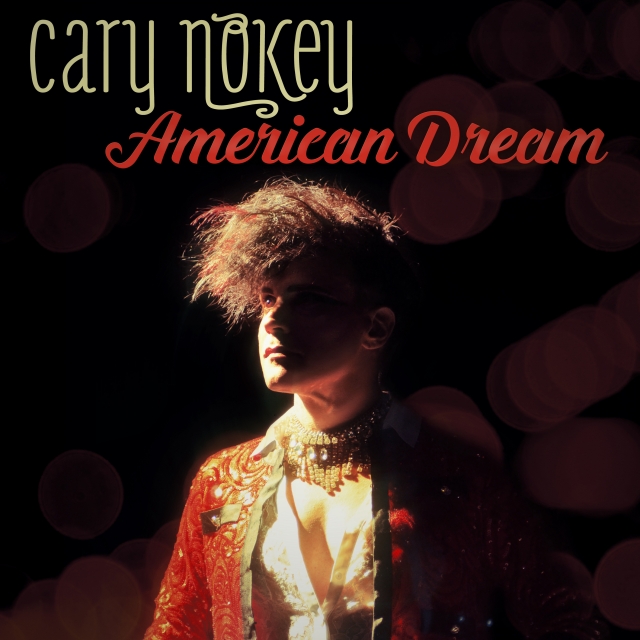 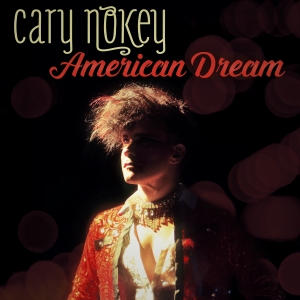 “The American Dream is empowering because it connects every gender, race, religion, and sexuality that aims to do more than merely survive,” explains Cary Nokey frontman Rob Fusari, the record producer of Lady Gaga’s Grammy winning The Fame album, of his band’s newest single. The track has a saturated, gluey sound – as if recorded on 2-inch tape – and offers a gut-wrenching commentary on the bleak state of the American dream.

“Today’s American Dream isn’t about achieving goals. It’s about doing what you got to do to get by,” he continues. “No one wants to earn anything anymore. We expect everything to be handed to us. The new American dream is a lottery ticket.”

The one group he excludes from society’s rampant acedia is the trans community. He points to them as the few still willing to fight to obtain their desire. It’s why he chose to feature trans actresses Trace Lysette, Dina Marie, Victoria Beltran and Bailey Jay in the music video for “American Dream.”

“Trans people represent the larger idea that the American dream is something within. Like when Glinda the Good Witch says to Dorothy after she clicks her ruby slippers, ‘You’ve always had the power’,” he says. “The moment we each find our own personal ‘I have to’ is when life really begins.”

That is how it was for Cary. As Rob Fusari, he produced smash hits for Destiny’s Child (“No, No, No” and “Bootylicious”), Whitney Houston (“Love That Man”), Will Smith (“Wild Wild West”) and Lady Gaga. He produced and co-wrote five songs on Lady Gaga’s The Fame album including “Paparazzi”. Now he is making music of his own, under the stage name 8 Bit with the new exciting band experience, Cary Nokey, along with band partner DJ ValNtino. Read on for a Q&A with 8 Bit. 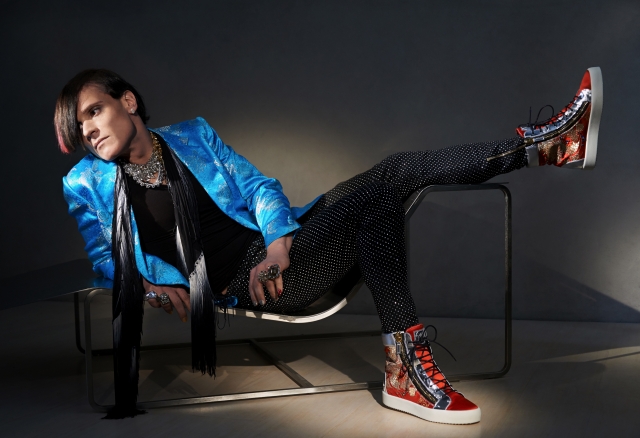 How did Cary Nokey come into existence? What lead you down this path?
Cary Nokey was born out of internal survival instinct. One that lived and breathed from it’s own composition of creative oxygen, if you will. It was the end of a chapter for Rob Fusari. I fought to hold on for so long believing that there was another chapter to that story. But it was never going to happen. It’s only when I realized I was dying that in fact I was able to be born into something greater. Like an infant from a womb who does not want to leave the warmth and comfort of thy mothers body. So did I feel a same clinging. When we hold on too tight, too tight to anything in life, that is when we constrict the veins to a new horizon and new lifeline, a new chapter.  Rob Fusari held on. Cary Nokey preyed his fingers from the wheel and whispered. “It’s ok to go.”

Where did the stage name “8 Bit” come from?
That stage name 8 Bit came from storage capacity of video/audio much used in the 80’s at a time when video games such as, Space Invaders and Asteroids ruled the world and songs like “She blinded me with science“ topped the charts. The constraints and limitations of 8 bit are the same thing that make it endlessly interesting and exploratory. I have used the 8 bit technology for years in my production. I imply several methods of meshing the worlds of high definition audio and 8 bit degradation. I combine the two sound sources to compliment the worlds of both. Although these two worlds exist upon themselves there is something magical that happens when combining the two. I don’t think that is so different then what has happened here. Maybe Rob Fusari was the lower bit rate world and Cary Nokey was the new generation. Technically, these two entities do not want to exist in the same horizon, but, the fact that they were forced to created a spark, or maybe even a fire. Yes, it’s combustable and can explode or maybe even implode at any given moment but maybe that’s the whole excitement of it all. Anything can happen at any given moment in the Cary Nokey circle. Wear a helmet! 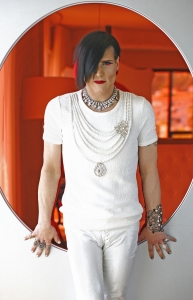 You guys fill a really interesting niche there, you are pulling from the past, at the same time you’ve got material from the future, like Dubstep chord progressions, a very interesting meld. How do you define your sound?
The Cary Nokey sound is not tangible. Just when I think I have it figured out, it shifts gears. It exists on many planes all at the same time. 70’s, 80’s, 90’s, and the future. It lives in a very 1970’s world with the likes of artists like Bowie and Liberace. It also embraces and collides with the 80’s world of the Cure and Tears for Fears. It also touches and pulls from the 90’s legends like Nirvana and U2 and then ends up somewhere in a cyber fast food restaurant in the sky drinking a chocolate milkshake with Elvis Presley’s biogenetic clone.

It seems like a lot of the songs you’ve worked on (both as an artist with Cary Nokey and as a producer) deal with being true to yourself. Is that a theme that speaks to you? What other themes do you like to explore? What inspires your music?
I didn’t even realize that I was in fact writing songs that encompasses the world of self-love and awareness until people began telling me that I inspire them. I didn’t understand it at first . I would ask myself “why” and “how.” It started to become more transparent to me only recently. Through my journey and discovery it was sending some kind of message that boldly stated. There is another chapter of all our lives. It’s only when you think its over that the real journey begins. I have recently said the events in my life that I thought were sure to end me were the same events that greatness was born from. It’s those life changing events that I thought would kill me were the exact events that saved me life.

Is there a track (or tracks) that you’ve worked on with other artists that you consider a favorite?
One of my favorite tracks I have produced and written is “Brown Eyes” which I wrote with Gaga. I’m not even sure why anymore. I produce so many records that I can’t remember how they came about or how I produced them. I can’t put myself back in the moment . For some reason I can travel through time when I hear that song and put myself back in the exact time and feeling of not only writing it but the very elements of production that followed. It’s almost like watching a movie in my mind when I hear it. It’s a snapshot of Rob Fusari and how I like to remember Rob.

I know you mentioned in other interviews, with Cary Nokey, you weren’t thinking of doing a physical album because it would make it too real, and take away the ethereal quality. Has anything changed?
It has changed. We are releasing a physical album in March. Reason for the change is that I wanted to share some of my journal/diary entries with people. The 8 songs that exist on the upcoming record became a poetic, therapeutic way of telling my story. The sentiment was bigger than what could be shared on just a 3 minute EDM Single. The layers here are thick and vast. Sometimes the cake must have 7 layers to exist . Well…in this case maybe 8 layers. 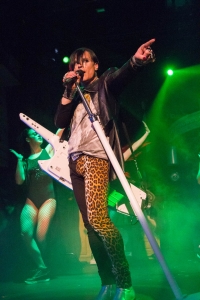 Were you always a performer growing up or as outgoing as you are now or were you more introverted?
I was performing piano recitals at Carnegie Hall at nine years old. I took to it pretty quick and it all just happened. I loved being on the stage and sharing music and emotion with people. When I came off the stage and even to this day I’m pretty much useless. Complete introvert. Go figure.

What’s one thing (or two or three) that you want listeners to know about you, the band, the music, etc.?
BE WHO YOU ARE. Don’t stop fighting. Cary Nokey is not about the music. That’s just the vehicle. One small piece of the puzzle. You just keep fighting. The fight is the best part. The finish line is not an end. It’s a beginning. We all strive to succeed and find ourselves only to go back to the beginning and do it again. When we can accept and will that into our every being than LIFE BEGINS…AGAIN AND AGAIN.

Cary Nokey will be performing at Mill City Nights in Minneapolis on February 16th, as part of RuPaul’s Drag Race: Battle of The Seasons 2015 Condragulations Tour. For more information and tickets, head to www.rupaulbots.com.