5Q: The Sound of Music 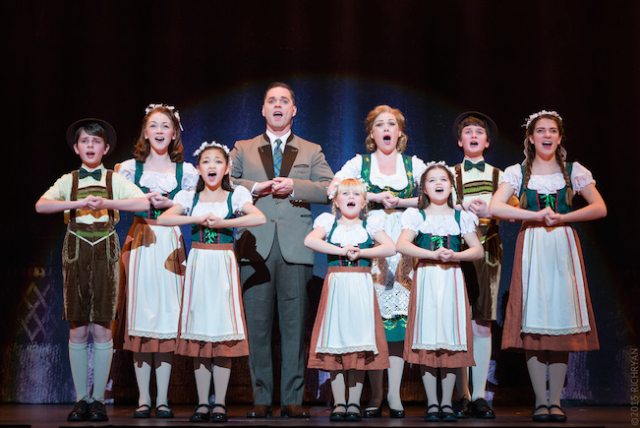 The Sound of Music is coming to the Ordway this holiday season! Don’t miss your chance to experience the timeless Rodgers & Hammerstein classic that will teach you how to live, laugh, and love all over again. Maria, the Captain, and the adventurous von Trapp children will warm your heart with iconic songs like “My Favorite Things,” “Do Re Mi,” and “Edelweiss.”

Dieter Bierbrauer is a veteran of the Ordway stage and makes an appearance at the venue once again as Captain von Trapp. Originally from River Falls, WI, Bierbrauer has a house in Minneapolis but is no stranger to the New York theater scene, having starred in the Off-Broadway rock cabaret musical Power Balladz.

A lot of people grow up watching the movie and performing in high school versions of The Sound of Music. What’s your Sound of Music story?
Dieter Bierbrauer: Despite growing up in a music-loving family, The Sound of Music was not in my family’s regular rotation of musicals and I didn’t see it until much later in life. I made sure to correct that in my own family and already have my 3 1/2-year-old and 1 1/2-year-old listening to the soundtrack.

What elements of the complex Captain’s character are you especially eager to bring out in your portrayal?
DB: At the beginning of the show, the Captain is deeply locked away in the mourning of his wife. He relies on his military experience to manage his grief, which is how he runs his household and deals with his children. Portraying him crawl out of this emotional hole to reconnect with his children and open his heart again is at the top of my list for this character.

How much does knowledge of the real von Trapp family factor into the way you approach the role?
DB: When telling a story that’s based on true lives I think it is important to have the real facts in your brain to help inform your performance when they can. But in the end we work off the script, which many people know has taken liberties with the real von Trapp family’s story to make for more compelling theater. We must stay true to the story we are telling that comes from that script. 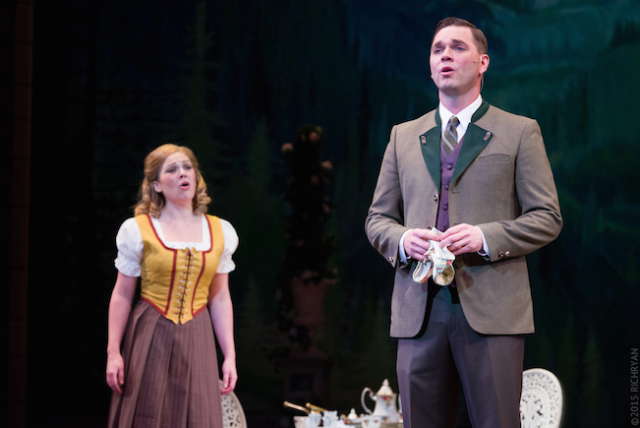 Some people who watched The Sound of Music Live! on NBC a couple years ago were disappointed to find out that the stage version and the movie version are quite different. What do you tell people to expect when they come to the show?
DB: The stage version is the original version, with the original songs and the original text. Yes, some songs are different, some were cut from the movie and the script is a little different, but in the end it gives the audience a deeper knowledge of the story. It is impossible to duplicate on stage what is done in a movie. How actors and directors have to treat the story and characters in the vast space of a stage like the Ordway’s is far different than what one can do with the intimacy of a movie camera.

What is the hardest part about playing Captain von Trapp?
DB: He is one of the most iconic characters of musical theater and that can be intimidating. People have a strong connection to the character as performed by Christopher Plumber or Theodore Bikel and those are enormous shoes to fill. I want to play the character in my own way, but try to keep in mind what qualities of their performances I can integrate into my own interpretation.

The Sound of Music runs at the Ordway Center for the Performing Arts through January 2. For more information and to purchase tickets, head to www.ordway.org.