5Q: The Lion in Winter

It’s Christmas of 1183, and King Henry II battles with his imprisoned queen (released only for the holiday) in the kind of family drama that current TV shows can only hope to capture. Their three entitled sons vie for the throne in a double-dealing division of the kingdom while the king and queen throw insults and devious plots at each other. Best known for the film adaptation starring Peter O’Toole and Katharine Hepburn, this viciously funny drama is a high-stakes chess game where the pieces constantly change sides and no one is spared the sword. Brace yourself for an epic family takedown (and for those who aren’t familiar with the story, an unexpected gay storyline!) at the Guthrie Theater, just in time for the holidays.

Michael Hanna returns to the Guthrie stage as Geoffrey, the middle son of Henry and Eleanor. Geoffrey has no one fighting for his right to any throne, and he usually accepts his fate, but it does rankle him that he usually is not considered in any matters of the heart or family. He is described as the most cerebral of the three boys. 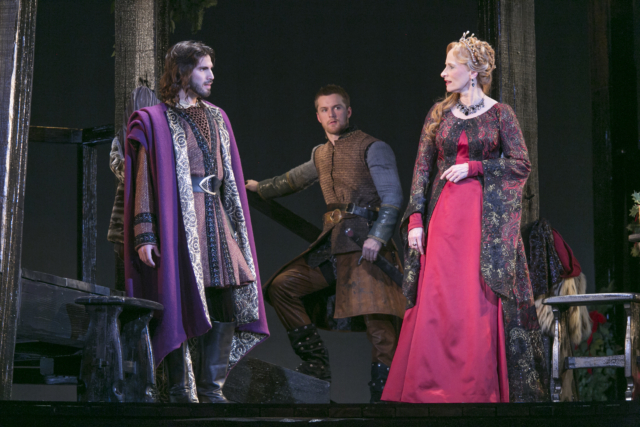 As a middle child myself, I often hear about the “middle child syndrome” and being forgotten about. How much do you think Geoffrey plays into that?
Michael Hanna: Geoffrey very much falls into the middle child stereotype; often forgotten, he’s become very comfortable wheeling and dealing in order to have a place in the family. He’s a fantastic improviser, and seems able to be a certain shade of himself depending on what he thinks his family needs from him or what he needs from them. I think as a child this probably helped him survive and get the attention/affection he craves. At the moment of the play, I think he’s unfortunately gained a reputation of being untrustworthy.

People don’t know that the Fox TV drama Empire is explicitly based on The Lion in Winter. What makes the Twin Cities or popular culture right now so great for a revival of The Lion in Winter?
MH: I think what makes Lion in Winter so poignant over 50 years after it was written is its discussion of family. In Empire and Lion, we see characters whose personal identities are so entwined with their families that they are unable, try as they may, to remove themselves from it. Who would they be if they could? The audience gets a chance to watch a family unable to love without trying to manipulate one another into being useful to their own lives. This exploitation is often done in the name or guise of love; it’s frightening to watch, but I think anyone who’s been in a family has been guilty of doing it (though hopefully not to the extent). 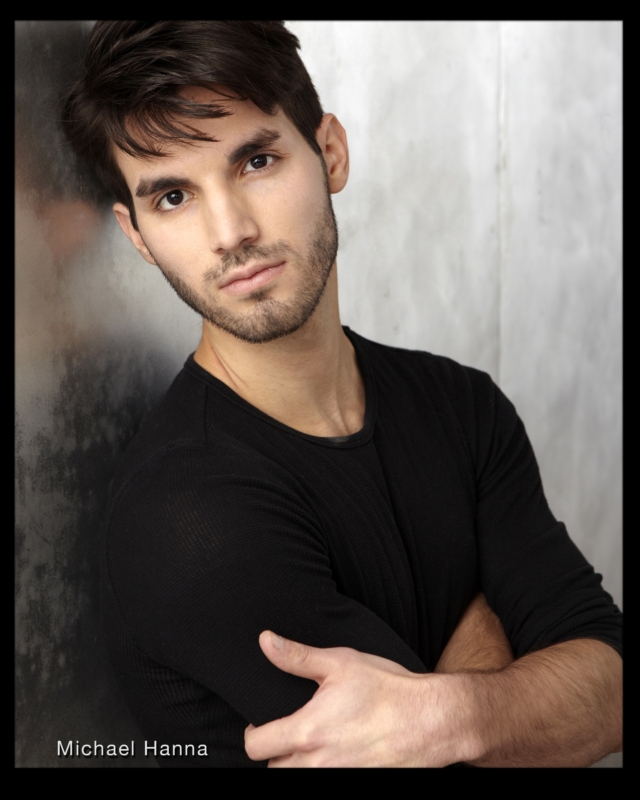 What do you say to audiences who only know The Lion in Winter from the Peter O’Toole and Katharine Hepburn movie?
MH: I’d say the script reads much better on stage than on film. There’s a sense of theatricality that each of these characters embraces — they all have a sense of being actors in this farce of a family. It’s also wonderfully funny; I don’t think the film captures quite as much of [writer James] Goldman’s humor.

Over the years, a lot of critics have commented on the comedy in the script, despite the melodrama. Can audiences expect that from the Guthrie’s production?
MH: The comedy feels unavoidable. It’s great when you can read a play off the page and laugh your way through it, and Goldman gives you about three laughs a page. If one of your laughs doesn’t land, just wait for the next one. Yet at the same time the characters are intensely human, even if they at times fall unwittingly into the stereotypes they’ve created for themselves. Lion treads that thin line between the tragic and the funny unfailingly.

What would you like area audiences to know about The Lion in Winter?
MH: This play seems to exist in two worlds at once. It’s steeped in history, but the language is extremely contemporary. Most of its characters are amoral schemers, yet they still desire love in a family that seem incapable of giving it. It is a tragicomedy from start to finish, as families so often are.

The Lion in Winter runs at the Guthrie Theater through December 31. For more information and to purchase tickets, head to www.guthrietheater.org.