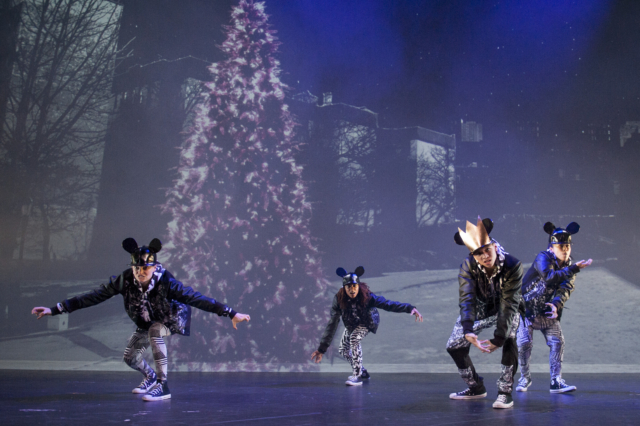 A holiday mash-up for the entire family, The Hip Hop Nutcracker is a contemporary re-imagination of Tchaikovsky’s timeless music adapted to today’s New York. Through the spells cast by the mysterious Drosselmeyer, Maria-Clara and her Nutcracker prince travel back in time to the moment when her parents first meet in a nightclub. Digital scenery transforms E.T.A. Hoffmann’s story of a palace of sugarplums into a romance set in 1980s Brooklyn. The dance work celebrates love, community, and the magic of New Year’s Eve.

The Hip Hop Nutcracker is directed and choreographed by Jennifer Weber, artistic director of the all-female hip-hop crew Decadancetheatre in Brooklyn. Weber’s company has toured across the U.S., U.K., Russia, and France performing at venues including The Apollo Theater, The Kennedy Center, New York City Center, and countless others.

Can you tell me a bit about the creative process behind The Hip Hop Nutcracker? (e.g. Where did the idea come from? Why the decision to update the setting to a contemporary city? Etc.)
Jennifer Weber: The idea for The Hip Hop Nutcracker actually came from Mike Fitelson at The United Palace, a theater here in NYC. He wanted to create a new holiday classic for an uptown audience. I had been working on fusing classical music and hip hop dance with my company, Decadancetheatre, so he asked me to collaborate on this. We wanted to set the show in NYC because we wanted to create a show specifically for a NYC audience. We also moved the show from Christmas to New Years Eve so that it could be a bit more inclusive. As hip hop is a culture based on sampling, we wanted to sample as many of the key elements of The Nutcracker as possible. You will still see The Mouse King, The Snowflakes, The Soldiers, Drosselmeyer, and the toys that come to life, etc., but everything has a hip hop twist.

How did you decide to have Kurtis Blow open the show with a set rather then just launching right into Tchaikovsky’s score?
JW: We wanted to bring the energy of proper old school hip hop to open the show. Kurtis’ first hit was “Christmas Rappin” so he is the perfect fit for the show. His energy really sets us up for an exciting evening. He always gets the crowd on their feet and makes them understand that even though we are playing classical music, it’s totally okay to yell and cheer like at a hip hop concert.

In an interview with Broadway World, you mentioned that your greatest experience as a choreographer was coming to St. Paul with The Hip Hop Nutcracker last year. Why was coming here so special to you? 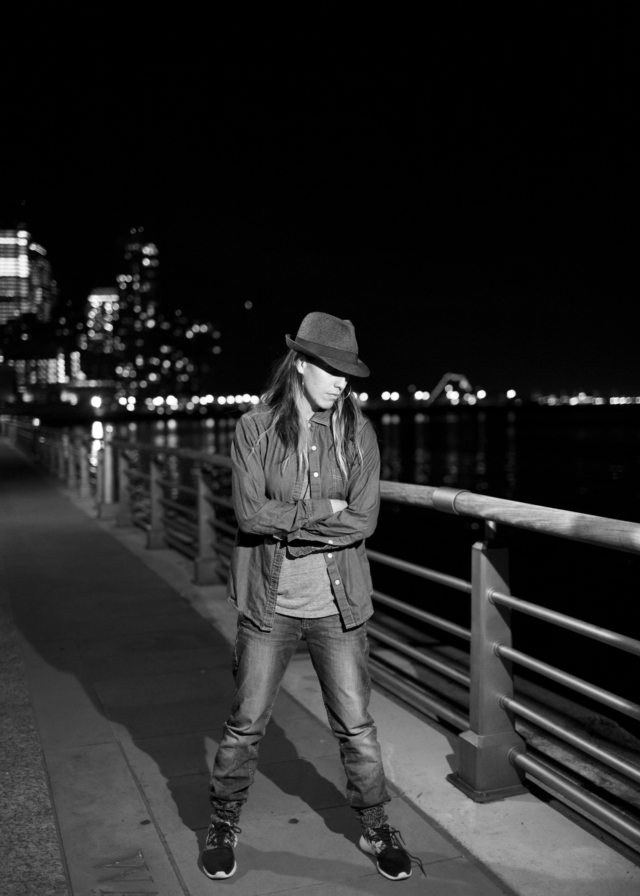 JW: In 2005, my company, Decadancetheatre, got to perform at the Ordway as our first big touring gig. We had gone from performing in a 99 seat house in NYC to the Ordway and it was the first time I really saw the potential of my work to be successful on a large scale. I feel so grateful that the Ordway takes chances on young artists by putting them on the main stage and then continues to build relationships over time. Performing at the Ordway is always a bit like coming home.

When you created the show a few years ago, did you expect it to blow up the way it has and be in such popular demand?
JW: Honestly, I knew very little about The Nutcracker when I started working on this project. Not growing up in the ballet world, I had never seen the show. I didn’t realize how big of a tradition it was for so many people. I think people are looking for new holiday traditions that represent the world as it is today. Hip hop is a global language and it is exciting to see such diverse audiences coming to the theater to watch and listen.

You’ve talked before about how classic theater is updated, but it doesn’t happen much with classic dance. Any plans to update other classic dance pieces? Maybe Swan Lake or something?
JW: For sure! I am working on something very exciting in the next year, so stay tuned!

The Hip Hop Nutcracker runs at the Ordway Center for the Performing Arts Nov. 22–23. For more information and to purchase tickets, head to www.ordway.org.