In this rendition, Bruce Arntson, the writer of The Doyle & Debbie Show, takes the time to answer some questions. Arntson, a Minnesota native, has created a hilarious new musical comedy centered around Doyle, a washed-up star with a handful of hits from the 70s and 80s, trying to make a comeback after 30 years, four wives and three ‘Debbies.’ He discovers his newest Debbie, a single mother of three, singing her heart out at the VFW. Debbie thinks Doyle is her last chance to make it big in Nashville. But she quickly wonders if this loose cannon has what it takes to make their music dreams come true. 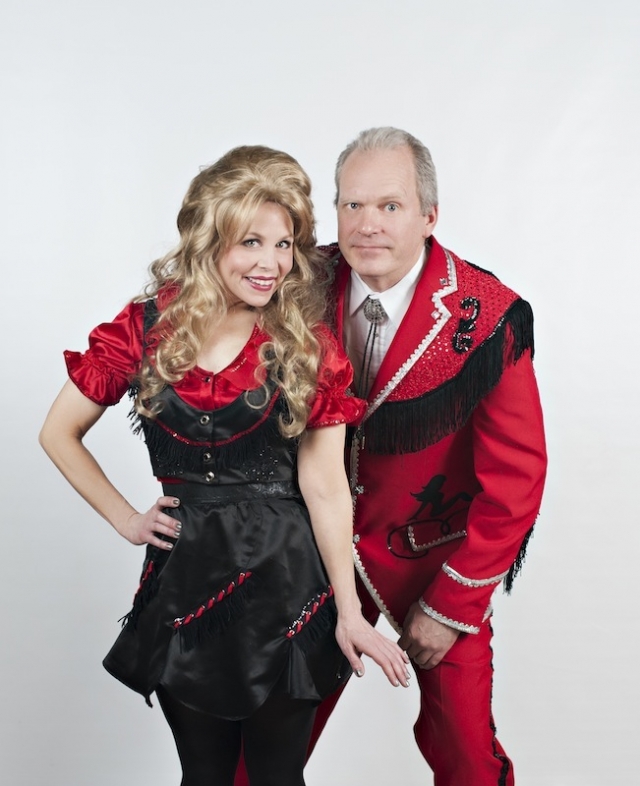 How has your childhood spent in Minnesota influenced you?
I grew up about 50 miles from Fargo. There were a lot of great bands as I was growing up that came from Minneapolis, Fargo, even Detroit Lakes. That certainly influenced me in wanting to play music, namely rock & roll, so I decided to move to a music center and Nashville was the closest one.

How has your moving to Nashville in the ‘70s impacted your work? Obviously, The Doyle & Debbie Show was born out of that.
It put me immediately in a pool of incredible musicians and writers. And over the many years that I worked there playing in bands and coming in contact with country music and the culture and the people that made it, it eventually made its way into my funny bone and I had to make fun of it one way or another. Coming from Minnesota and living in the South, you never get over the culture differences. It’s not a shock, per say, but I have an outsider’s perspective even though I’ve lived there all these years.

Being that GLBT audiences have always been enamored with the likes of Dolly Parton and Loretta Lynn, how do you think their reception of this show will go?
In nashville, [GLBT audiences] basically kept us alive all of these years. That’s our hope. Whenever Doyle and Debbie go to a new city, we head to the happening gay bars and perform a few numbers. They’ve been with us for the long haul in Nashville and helped us through the lean years. We’ve been a part of gay celebrations, pride week, birthday parties for 200 people. We’re kind of the go to “weirdos” for fun and alternative entertainment. We’re definitely not a run-of-the-mill mainstream country music parody.

Why did you decide to make it a two-person show?

I really wanted it to look like a performance by a couple of old-guard country singers. I didn’t need a huge cast in order to just show a country duet. The more we made it seem like a stage presentation rather than a play, I felt the more accessible it was to people. People could just walk in, like people walk into a bar or something and a band is playing, and we wanted that feel. Until after a while you realize no, this is crazy, it’s theater.

It’s been described in reviews as campy, hilarious, etc. Were you hoping for this reaction from the public? What did you set out to do?
I set out to be as entertaining as I possibly could. Make it funny. Try to make people laugh. The intention was as pure as that. After the fact, it appears it’s as much homage as it is satire. When I perform these characters, or have anything to do with the show, it’s important that the music is powerful even though the lyrics are absurd and insane.

The Doyle & Debbie Show runs at the New Century Theatre through May 11. For more information and to purchase tickets, head to www.hennepintheatretrust.org.