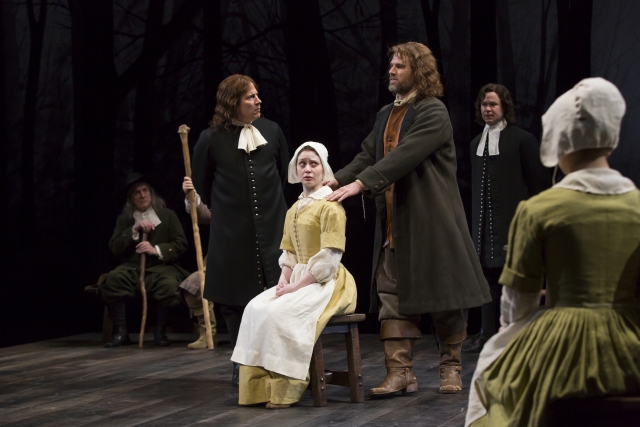 Inspired by the McCarthy-era Communist witch hunts, Miller’s masterpiece is being revisited at the Guthrie for the first time in four decades. It’s 1692 and a dark magic possesses Salem. The God-fearing citizens are on their guard and no one is beyond suspicion. As investigations into witchcraft reach their height, a young woman points a finger at Elizabeth, the blameless wife of John Proctor. But Proctor finds he cannot save her without unearthing his own black sin. With powerful notions of faith and uncertainty, and truth and deception (burning as feverishly today as the day it was written) this Tony Award-winning masterpiece of the American canon is a must-see.

Jo Holcomb works as the Guthrie’s dramaturg. For those that are unaware, a dramaturg (or dramaturge) is a position within a theater or opera company that deals mainly with research and development of plays or operas. As part of her research, Holcomb know a lot about the intolerances of practices during this time period and took the opportunity to speak with Lavender.

How factual is this show? What does the stuff that’s not historically accurate tell us about the playwright, Arthur Miller?
Jo Holcomb: The show is extremely factual. The events happened pretty much as they are told. Arthur Miller spent a great deal of time in Salem studying the archives. When the trials were going on in 1692, for some reason, the powers that be decided to record every word that was said and every action that took place. Miller pored over thousands of pages. Luckily for us, those pages are now transcribed into print and very readable. Miller said in an article he wrote about why he had written the play, that he was reading through the trial records and “suddenly dialogue!” Much of that “dialogue found in the records forms the base for the trial scene. In terms of characters, Miller did conflate some of the facts of the many real people of Salem into the characters. Hundreds were accused and tried and you can only put so many people on a stage. Arthur Miller was a genius and had a fine sense of the dramatic and how that is achieved. His use of character in the play is amazing – he brings us into Salem itself.

Tell me a bit about the intolerance of the practices during 1600s Salem.
JH: Salem Village, like most of the Massachusetts Bay Colony in which it was located, was Puritan in 1692. It was a very limited, rigid society based entirely on the religious principles of Puritanism. There was no tolerance at all for the “other” – meaning anyone who strayed from the requirements of the faith. In Salem Village at the time, there was tremendous contention and division, much of which centered around the church and its pastor Samuel Parris – this is portrayed in the play. Most of that contention played out because of a difference in religious belief beginning to form within the Puritan community. 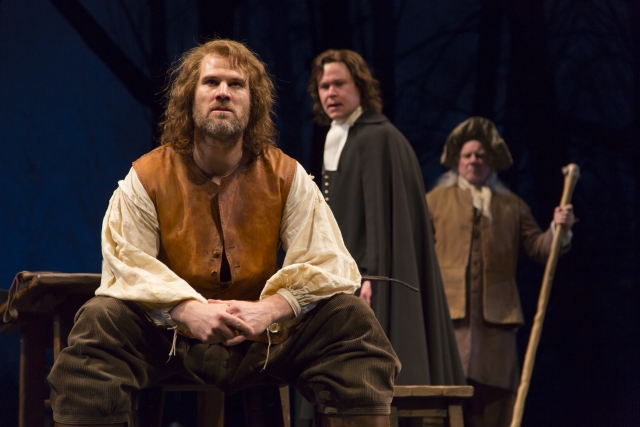 The show was written during the McCarthy era. The intolerance obviously had a lot to do with what was going on then, but what kind of resonance does the political message have now?
JH: Whenever human beings hold beliefs that are based in an extreme – whether it is a fundamentalist religious, political or societal view – intolerance is bred and people suffer who may be in opposition to the view or simply living their lives differently. We see this today in this country and all over the world – whether we are talking about racial injustice and intolerance in the U.S. or ISIL.

What does the show say about how quickly we are to believe certain people over others?
JH: Much as stated in the answer to the previous question – human beings want answers. We want to know the “truth.” If an idea, a belief, is presented in a way that not only convinces us that it is true, but in the convincing also assures us that we know the truth and possess something others do not – we’re there! The Puritans believed in predestination and that meant that they were either chosen or damned and there was little they could do about it – of course being a covenanted member of the church meant salvation – who wouldn’t grab quickly at a promise of eternal life.

The word “crucible” has several meanings and each definition has been read as contributing something to the meaning of the show. What do you make of the title, compared to its original title “Those Familiar Spirits”?
JH: The word “crucible” in relation to the show is defined as “A severe test, as of patience or belief; a trial. OR A place, time, or situation characterized by the confluence of powerful intellectual, social, economic, or political forces. These are powerful definitions that evoke the power of the story as expressed in the play.

The Crucible runs at the Guthrie Theater through May 24. For more information and to purchase tickets, head to www.guthrietheater.org.