Based on the 1992 blockbuster starring Whitney Houston and Kevin Costner, the stage musical The Bodyguard follows closely to the original screenplay as singer-actress Rachel Marron hires former Secret Service agent Frank Farmer to protect her from an unknown stalker. Their relationship strays from the professional realm when they fall in love. The production first premiered in London in 2012, but the upcoming national tour will be the first time the musical is performed in the U.S.

Grammy Award-nominated and multi-platinum R&B/pop recording artist and film/TV actress Deborah Cox made her Broadway debut in the lead role in Elton John and Tim Rice’s musical Aida. Cox began her recording career as a background singer with Celine Dion, before securing her first recording contract with Clive Davis at Arista Records. Now she steps into the role of Rachel, made famous by her label-mate Whitney Houston. 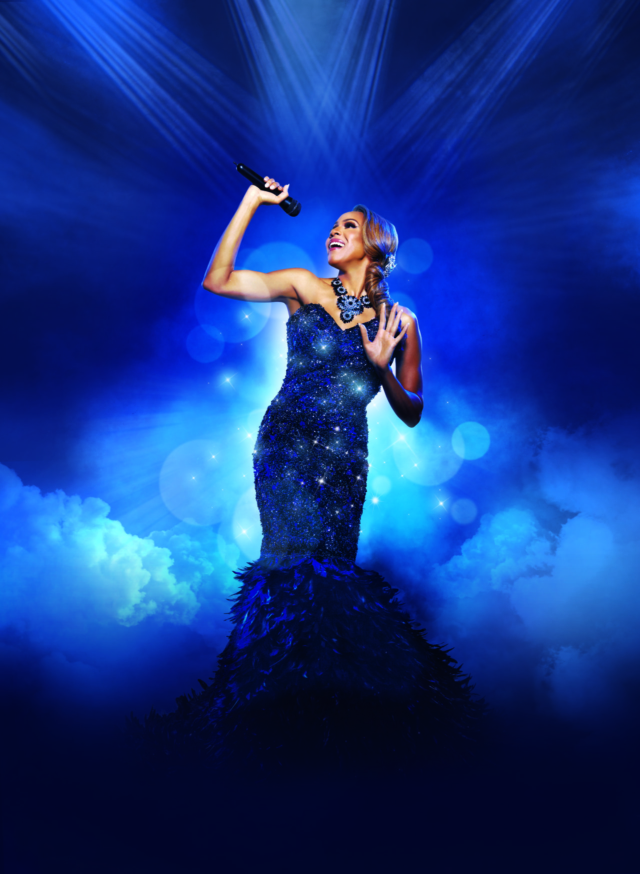 Deborah Cox stars in The Bodyguard
Photo by Joan Marcus

You knew Whitney personally and got the family’s blessing to pursue this role. How does that personal connection and support from the family feel while taking on this iconic role?
Deborah Cox: I had signed on to do the role last year when they announced it. My whole thing is that I want to just have the understanding and just want the fans and all the people who loved Whitney to understand my passion and how important this role is for me, as well. We became very good friends. She was a mentor. There was a real sisterhood between the two of us. Again, being somebody that was on the same label, we recorded a duet together, and I knew her, so I understand the importance of it. There is a tremendous amount of reverence and respect that I have for this role because I know what the expectations are. I simply just want people to know and feel and trust that I put my heart and soul into this role every single night, that’s my intention.

Is it safe to assume, then, that audiences will not be disappointed by how the story is handled? What differences will people notice from film to stage?
DC: There are definitely some preconceived notions and preconceptions as to what the show is and what it will be. I have not seen the show in the U.K., so I don’t really have a reference point, and I kind of prefer it like that to be honest. I like to interject my own sense of who I think Rachel is. I think the expectations are really, really high because we all know this iconic film and have such a connection to it. This musical is based on the film and so, there’s some moments in the musical that are expounded. The relationship with her sister (played by Jasmine Richardson, another great singer/actress who does a great job), you see the relationship of the sister and you understand the backstory the family has, or the dynamics that are going on between the two sisters. There is a little bit of a love triangle there because they both sort of fall for the guy and then you also see another storyline between Frank Farmer and Rachel and the way that their characters start to kind of fall for each other as well. Of course, there’s the drama of the stalker being involved, so there is a lot of layers to this show. And then all the great music as well.

How do you mentally head into the legacy of this role that Whitney’s made so famous?
DC:  For me, the most important thing is bringing Deborah, my flavor, to Rachel Marron. And that is essentially having the essence of myself and what I bring to music infused in the songs. I think what is the most challenging is making my Rachel my own and departing from the way that I’ve heard these songs sung by the greatest voice of all time. It’s a very different performance the way that this show is staged and the way that the songs are infused coming in and out of the scenes. So it’s a very different perspective that I have to have coming into it. Rachel sings 13 songs in the show, but some of the songs are in a concert setting, but then some are within the scene. Take for example, “The Greatest Love Of All,” that’s where you get a real sense for Rachel’s connection and her love for her son, Fletcher; you really see the maternal side. And then, “All The Man That I Need,” which was not on The Bodyguard soundtrack but is from Whitney’s catalogue, in that moment you really see Rachel in her most vulnerable place, where she is literally a girl in love and expressing what she’s feeling for the guy that she fell for. They’re not in performance settings, a lot of the songs. The duet between Rachel and Nicki, “Run to You” is a duet, it’s not just a song that Rachel sings in the show by herself. 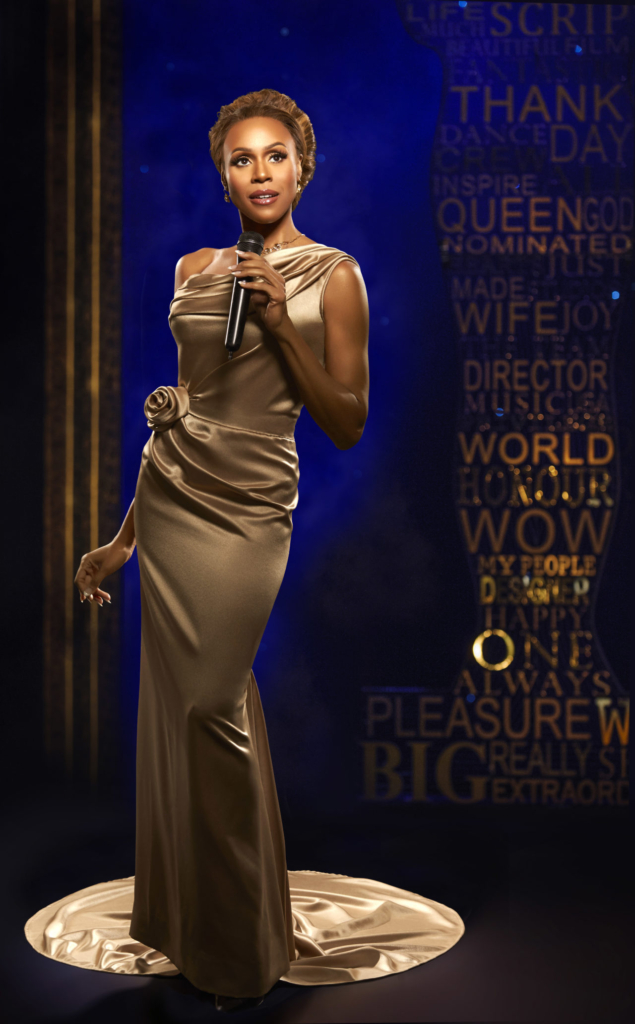 Deborah Cox stars in The Bodyguard
Photo by Joan Marcus

The film is 25 years old, and there will be many fans of the movie in the audience, but there will also be plenty of people who haven’t seen it. How does that balance work between maintaining the integrity of the original for those fans, while also creating something to introduce new audiences to the story?
DC: That’s the lovely challenge of this is when you’re interpreting something that people loved and remembered and was so iconic, and then bringing it to the stage. This is one interpretation. This is the first time it’s going to be brought to the U.S. audience. There’s a lot of things in the story that have explained themselves a little bit more than the film. I love what Alex and Lawrence wrote [Ed. note: Alexander Dinelaris wrote the book for the musical, Lawrence Kasdan wrote the screenplay for the film], I think Alex did a great job at bringing what we all love so much about the movie to the stage. That’s a tough thing to do. We are all putting our heart and soul into every performance to make sure people leave inspired and feeling good about what they’ve just experienced. I think The Bodyguard – The Musical is more of an experience, full experience, than the film in some ways.

Also like Whitney, you’re considered by many to be a gay icon and your relationship with the LGBT community goes back many years, before it was en vogue to support the community. Where does that connection with your LGBT fans come from, when did you realize the strong following from the community?
DC: It was very early on in my career that this connection happened, a beautiful connection. The moment I noticed it was during a Pride weekend in New York City. I was standing on a huge stage at Palladium at 5:30 in the morning and I was looking at a sea of gay men [laughs]. That was the moment when I realized that this is something that is not ever going to change. It’s something that is going a part of my life and part of my legacy forever. I think what it was about my music — and this is some of the feedback that I get from a lot of the listeners, supporters, and the fans — is that there is a connection with them feeling empowered and feeling like they can be their authentic selves.To me love is love, and that’s it, love is love. There is something in my music that they felt like they can just be free, so I think that’s where it started from. From “Who Do U Love,” “Things Just Ain’t The Same,” “Absolutely Not,” these songs became very anthemic and became a part of their soundtrack to their lives and a lot of them coming out. The gay audiences are the trendsetters, the ones who are most critical when it comes to their divas, and the ones that really mean a lot to me. I don’t take that lightly at all.

The Bodyguard runs at the Orpheum Theatre Jan. 10–15. For more information and to purchase tickets, head to www.hennepintheatretrust.org.