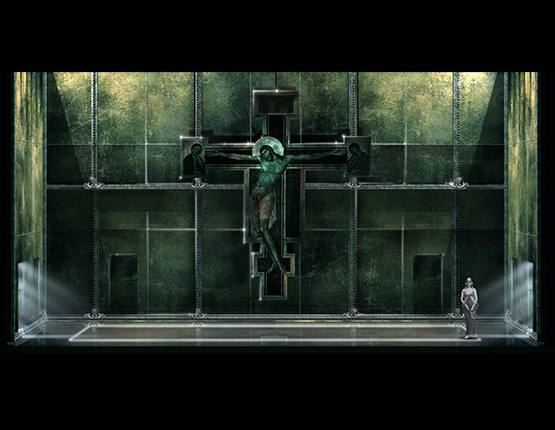 Minnesota Opera transports audiences to the deserts and oases of fourth-century Egypt in their final mainstage show of the 2017–18 season: Thaïs. The most beautiful courtesan in Alexandria, Thaïs, holds the entire city in her thrall. A devout monk seeks to convert Thaïs and save the sinner, but he realizes too late that his obsession is based in lust, not religion.

Lucas Meachem takes the stage as Athanaël, the Cenobite monk who makes it his mission to convert Thaïs to Christianity and persuade her to enter a convent. Grammy Award winner and internationally sought-after Baritone, Meachem has graced the world’s most important operatic stages. 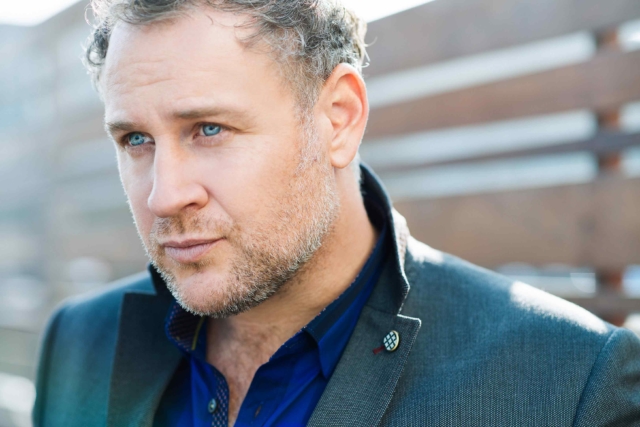 You got your start like a lot of singers, imitating your favorite artists until you found your voice. How do you make the leap from artists like Steven Tyler and Whitney Houston to winning a Grammy for Best Opera Recording?
Lucas Meachem: Unlike mainstream genres of music, the operatic voice takes years to develop. There’s no American Idol or The Voice for opera singers and there are also no operatic child prodigies. There is no shortcut to singing opera, only small steps. It’s a long marathon, not a sprint. Because of this, each singer has to cultivate their voice over time and training.

With a slow and upward momentum, I became the singer I am today. I began by studying music in my home state of North Carolina, then moved onto Eastman and Yale. I quickly landed an apprentice position at the San Francisco Opera. The career followed. I worked hard every day and that hard work pushed me down the long road to where I am today.

My passion for the art form and the experience of hearing the unamplified human voice kept me moving forward. The Grammy is a nice cherry on the top.

Most people would think that a much sought-after opera singer like yourself would set up shop somewhere like New York or Europe. And you’re from North Carolina—what about the Minnesota opera scene drew you to make this your home base?
LM: Having a busy travel schedule is par for the course for an opera singer and it’s no different for me. I lived in New York City for 6 years before moving to Minneapolis. NYC is great when you are still auditioning but I don’t do much of that anymore. What changed for me was getting married to a Minnesotan. We decided to move to Minneapolis because of her family.

An opera singer needs to live by a major airport, and Minneapolis has got that. The flight is easy from Minneapolis to Europe and we’re central in the U.S., so most domestic flights are pretty quick.

After traveling the world for opera gigs, I want to come home to a city where things are relaxed, easy, and fun and Minneapolis is definitely that. It’s got the combination of the Northern work ethic and the hospitable nature of the South—a perfect combination for a Southern boy with an international opera career. Now that I’m here, I’m Minnesotan and proud.

You wrote in your blog that when you’re learning a new role you only listen to recordings once or twice to avoid imitating the way it’s been done before. When you’re approaching a role, what aspects do you look for when deciding where to infuse your own spin on a character?
LM: I dive into the libretto (text) and the music score—that’s where I find everything I need to interpret an operatic role. The text becomes a dramatic road map throughout the score and I pay close attention to the important musical moments in my part and the orchestra. It’s important to distinguish between those two elements because we’re making music while telling a story. They go hand in hand.

Opera characters can often come across as parodies of themselves if over-acted. This can make opera characters seem inauthentic. Even though opera is a grand art form, subtlety goes a long way for me when I’m on stage. Creating an intimate moment in the midst of all that grandeur is most striking.

Classical music is all about preparation, so it seems like you’re in the moment and reacting to the music and story in a fresh way. It’s like football. You go into the huddle, get your play from your team, and everyone knows their part. When the ball is hiked, something is not going to go exactly according to plan. The play is still the play, but you have to make adjustments along the way for the team.

Tell us about Athanaël and his battle between spiritual desire and lust. Based on a novel set in 4th century Egypt, why does this type of internal struggle permeate through the ages and find its way into so many artforms?
LM: As evolved as we think we are, humans still have the same emotions as cavemen. We feel pain, loss, happiness, and lust today just like we did hundreds of years ago. So when I interpret a historical character like Athanaël, regardless of whether I’ve personally experienced what it’s like to be an Egyptian monk from the 4th century, I know what it’s like to have had a crush. Everyone has!

Most adults have had an experience that rocked their world, so Athanaël, who is facing those crossroads with his faith and an earthly love, suddenly becomes more relatable to today’s audience. We’ve all been tempted by things that don’t seem right and that’s where I can breathe some modern life into the character. 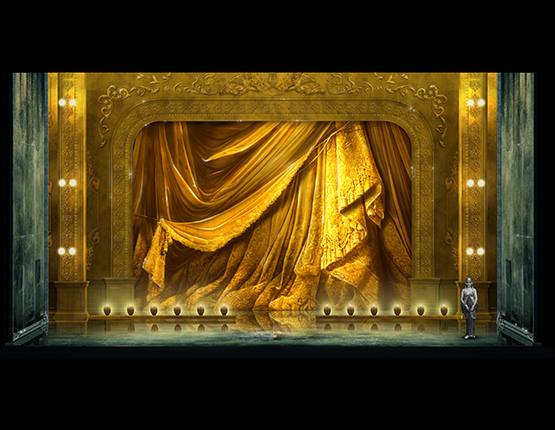 Athanaël has been described as “an evening-long role,” with a sustained intensity. That type of role isn’t easy for an actor, let alone singing. How do you approach such a demanding role?
LM: That’s a great saying because it’s exactly what it’s like!

Even though the singing aspect of this role is insanely challenging, the hardest thing about being on stage for 90 percent of a three-hour show is creating a dramatic arc throughout the night. I can’t arrive at the pinnacle of my character until two hours into the show. Keeping that in mind, I start out the opera with that gleeful ignorance suspecting nothing is going to go wrong, then create a huge shift later on.

Meaning, I can’t peak too soon with my voice or the drama. I have to pace myself and only give in at certain, strategic moments.

It’s like going to a fancy restaurant with a 10-course meal. You’re not going to start out with a bone-in pork chop. You’re going to start with an amuse-bouche, then move onto a soup, salad, some fish, then end up with porterhouse steak toward the end and a dessert basket. And you can’t eat too much bread along the way! The bread guy keeps bringing you freshly baked rolls, but you have to say no and stay focused or else you’ll get too full.

Thaïs runs at the Ordway Center for Performing Arts May 12–20. For more information and to purchase tickets, head to www.mnopera.org.