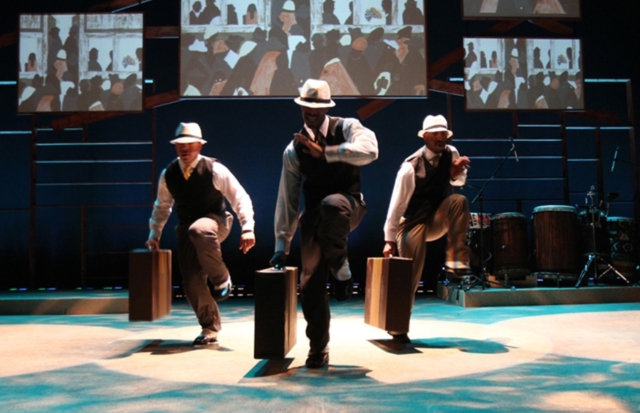 Step Afrika! is the first professional company dedicated to the art of stepping. The company blends percussive dance styles practiced by historically African American fraternities and sororities, African traditional dance and influences from a variety of other dance and art forms. Performances are much more than dance shows; they integrate songs, storytelling, humor, and audience participation. The blend of technique, agility, and pure energy makes each performance unique and leaves the audience with their hearts pounding.

Founder C. Brian Williams is a graduate of Howard University where he first learned to step as a member of his fraternity, Alpha Phi Alpha, in 1989. After living in Africa he began to research stepping, exploring the many sides of this exciting, yet under-recognized American art form and founded Step Afrika! in 1994. Williams has performed, lectured and taught in Europe, South & Central America, Africa, the Middle East, Asia, the Caribbean and throughout the United States.

Many people have seen stepping done by fraternities or sororities, but this is the first professional company dedicated to the art of stepping. What does that mean for not only the arts and dance scene, but also for the art of stepping?
C. Brian Williams: Step Afrika! has been performing and teaching the art of stepping for over 22 years and we have stepped everywhere, from Maine to Madagascar, from Croatia to Chile. Since I launched the company in December 1994, I have always been very careful to honor the dance form’s roots in historically black fraternities and sororities. Step Afrika! constantly teaches students about stepping, and we have also enjoyed researching and preserving the tradition. The Washington Post once said that “Step Afrika! demonstrates the unlimited artistic possibilities of stepping” and this quote makes me especially proud. For Step Afrika!, the arts are a place for risk-taking, exploration, and cultural exchange. We can’t wait to see where the next 20 years will take both Step Afrika! and the art of stepping.

You have a history of stepping during college, but how did you ultimately decide to take that experience and create a professional company?
CBW: When I first began working on the concept, very few thought it would be possible. In the early 1990s, most people did not even consider stepping an art form. It was very difficult to get financial support for the project and, in the beginning, incredibly challenging to convince theaters across the United States that Step Afrika! could even perform in their space.

However, I felt very strongly that stepping was a tremendous source of “cultural capital” that had a unique voice artistically. It has been inspiring to see the company now grow into one of the largest African American dance companies in the world today and to also serve as Washington, D.C.’s official Cultural Ambassador. 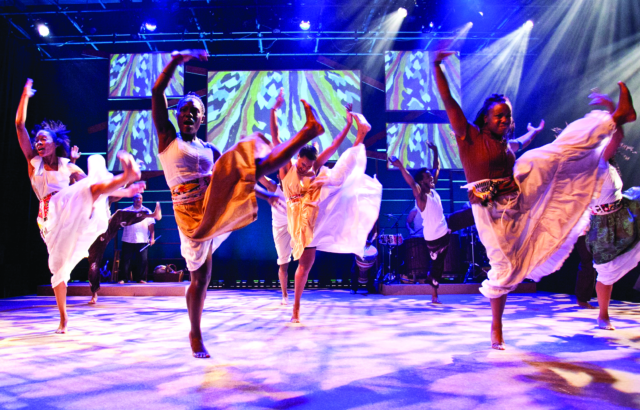 Can you tell me a bit about how you use the blend of music and styles from both African American traditions as well as African traditions?
CBW: We are definitely called Step Afrika! because the company constantly seeks to connect and exchange with the continent of Africa. In particular, Step Afrika! has spent years researching and learning the dance traditions of southern Africa, one of my favorite regions in the world. It’s here (in the country of Lesotho, actually) where I first saw the gumboot dance, a percussive dance style created by men who worked in the diamond and gold mines of South Africa. The gumboot dance is strikingly similar to stepping in that both dances primarily use the body as an instrument. Once I learned a few moves of this unique art form, I was basically hooked for life.

You perform now all over the U.S. and internationally. What are your most challenging audiences?
CBW: Step Afrika! has been received extremely well in performances all over the world. I think it’s something about the rhythm that just speaks to audiences, regardless of language and cultural barriers. The only challenge we do see, from time to time, is when audiences will not allow themselves to truly be a part of our performance. A Step Afrika! show really encourages audience participation and a super quiet audience that only claps at the end or during breaks can be so tough for us.

So, when your readers come to the Ordway on Saturday night at 7:30 pm, I encourage them to be free, make noise and connect with the artists from the very beginning. The more energy you give Step Afrika!, the more energy we will give right back to you! It’s truly an exchange.

The Migration: Reflections on Jacob Lawrence celebrates the African American artist Jacob Lawrence and his paintings. Can you tell me a bit about how you adapted the inspiration of his life and paintings into stepping?
CBW: Jacob Lawrence is truly one of America’s most celebrated and important artists. His 60-panel work, The Migration Series, is the inspiration for our performance at the Ordway and we have enjoyed “dancing” the story of his paintings. Our job really is to bring his stunning art work to life, to offer the audience a deeper look into the characters he paints and expand on the transformative story of The Great Migration. Our performance not only celebrates Jacob Lawrence’s art work, but also pays tribute to the brave men and women who left the South in search of freedom and a much improved way of life. If you have never heard about this tremendous movement that started in the early 1900s, our performance Saturday will be a perfect place to start.

Step Afrika! performs at the Ordway Center for the Performing Arts Oct. 29 at 7:30 p.m. For more information and to purchase tickets, head to www.ordway.org.