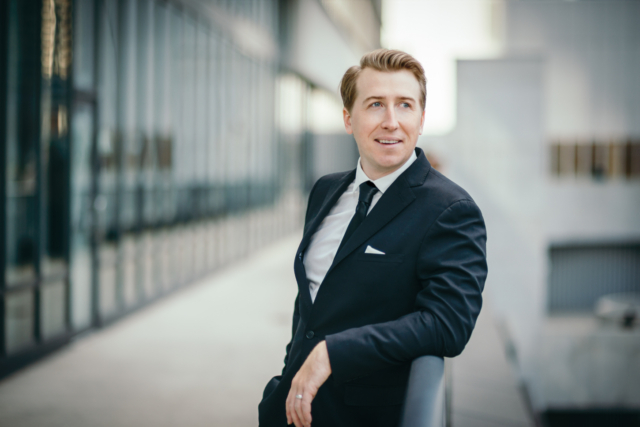 Minnesota Opera kicks off its 2016-2017 season at the Ordway with a new production of Charles Gounod’s tragic, yet meltingly beautiful, masterpiece: Romeo & Juliet. Vibrant young singers, opulent costumes, and striking sets breathe new life into the world’s most famous story of star-crossed lovers.

In this telling, there is a slight shift of focus away from the word games of the original play and a greater focus on the two lovers. What does that shift mean for audiences?
Joshua Dennis: The great thing about Gounod’s adaptation is that you don’t feel like he strays too far from the original storyline. Although there are some very important differences, the story is still heart-wrenching and beautiful. His music is also in the French Romantic style, which means the music appeals to the senses in a way that many words cannot. As the saying goes, “music is what feelings sound like.” Even though the word play isn’t as Shakespearean as it could be, the music makes up for it.

This production is being billed as valuing subtlety, sensuality, and graceful vocal delivery over showy effects. How will the emphasis on subtlety and the vocals impact the viewing experience?
JD: Subtlety, sensuality, and graceful vocal delivery are definitely part of the show, however that is only part of what the audience will get. There is tension, death, sword fighting, passion, sexiness, love, and hatred. Singing an opera is all too often filled with just loud singing, and that can be thrilling, but singers learn to sing loud first. The subtle and graceful vocal deliveries come later with truly skilled singers, and I think that this cast is just that. You will get loud and thrilling singing, but expect to have your heart strings pulled at with the softer, more beautiful moments of the opera. 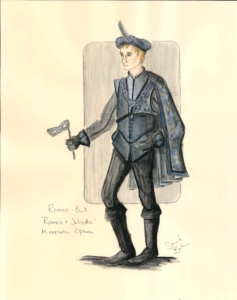 There are hundreds of Shakespeare operas, including a handful based on Romeo and Juliet. But, astonishingly, of those hundreds only a few are still seen regularly on today’s stages. What makes Gounod’s Romeo and Juliet so lasting?
JD: I think this adaptation has lasted so long, in large part, because it is close enough to the original story that it is recognizable. You still get the original meeting, the balcony scene, the battle, the love scene, and the tomb scene. I also think that Gounod was one of the best opera composers ever, and I don’t think many people will argue with that. When you pair an amazing story with amazing music, you have something that can be timeless, and that is exactly what I think this piece is.

A lot of the music is recognizable to audiences, but they might not know it’s from Romeo & Juliet. How does that kind of recognition play into the viewing experience?
JD: I remember the first time I listened to Carmen and heard the many melodies that I knew from commercials on television. Chocolate companies and jewelry store commercials often play the duet from Lakme. The moment you recognize a piece of music and realize that it is from opera is a really fun moment. It is the moment you realize that opera is still important. It still surrounds us and influences our daily lives. It’s powerful enough that people in the marketing business can use it to sway you to buy a car. If anything, I think that recognizing a tune will make the audience member feel more invested in the story and the music than they realize, and hopefully make them come back for more!

This opera seems built for a tenor, given the beautiful and melodious arias and duets you get, with of course the spectacular “Ah! Lève-toi, soleil.” Please tell me a bit about the music in this opera, from the tenor’s standpoint. Any difficulties?
JD: It is all difficult! It is by far the most difficult music in my repertoire. It is so dramatic, with these huge soaring high notes, some of which come after an extensive sword fighting scene, and then you have to be so tender in other moments like the love scene immediately following the fight. Romeo is on stage for the majority of the opera, so there is very little rest time. It is what I call a marathon role. I really have to pace myself, sing smart, and not start off the show by giving it all I’ve got. With it being the hardest role to date, it may also be the most satisfying role I’ve sung. The music, at times, is so beautiful it may make you cry, and you don’t even know why! Bring tissues. You’ve been warned!

Romeo & Juliet runs at the Ordway Center for Performing Arts Sept. 24–Oct. 2. For more information and to purchase tickets, head to www.mnopera.org.