5Q: Nice Work If You Can Get It

A 1920s-era feel-good musical, complete with extravagant dance numbers, glittering costumes and an unlikely love story, Nice Work If You Can Get It debuted on Broadway in 2012. This brand-new musical features a treasure trove of George and Ira Gershwin’s most beloved, instantly recognizable hits, including, “Let’s Call the Whole Thing Off,” “Someone to Watch Over Me” and the show’s namesake “Nice Work If You Can Get It.”On the weekend of his marriage, a Jazz Age playboy gets involved with bootleggers, rumrunners and gold diggers, all to the tunes of the legendary Gershwin brothers. Originally starring Broadway favorite Matthew Broderick, the show has swept the nation as it heads out on national tour.

Justin Schuman (playing the role of Floyd and is the understudy for the lead role, Jimmy) is extremely knowledgeable about the Gershwin music and score. A New York native and graduate of Northwestern University in Illinois, he returns to the Midwest with the national tour of Nice Work. 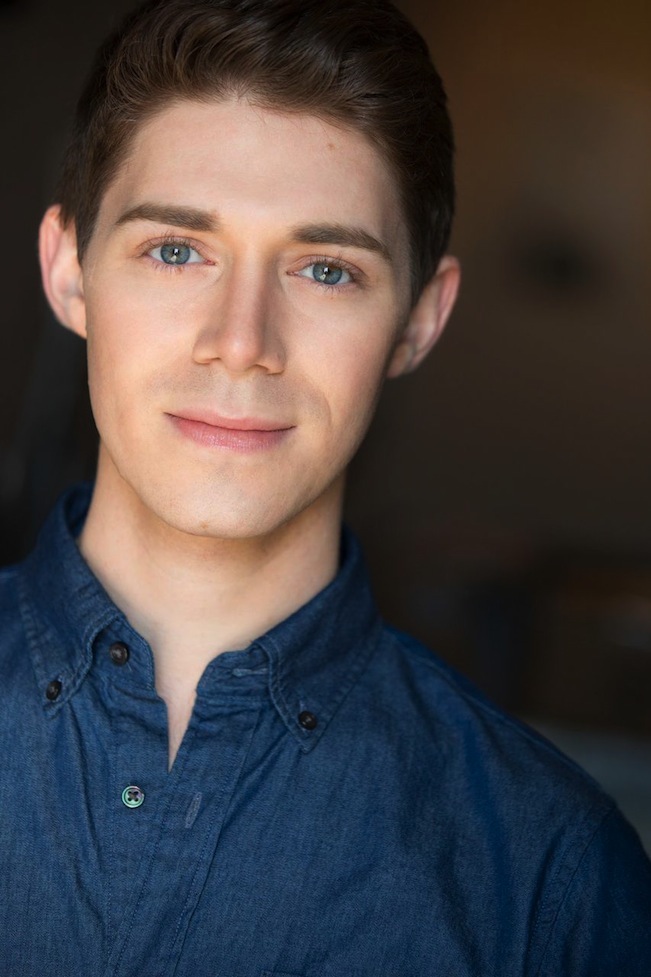 What role does the Gershwin music play in this show compared to other shows?
The songs in Nice Work If You Can Get It were all written by the Gershwin brothers, George and Ira, in the early 1900s. Conversely, most shows today feature scores with completely new songs from composers that are currently writing and producing work. The songs in our show serve as they do in almost all musical theatre pieces: they help to progress the plot and shed light on the inner thoughts and workings of the many characters we meet throughout the piece.

The musical is a recent addition to Broadway, having debuted in 2012, yet its namesake is from a 1937 song. How has the music and stage production updated to appeal to modern audiences?
While maintaining a great deal of original content and nuance from the familiar Gershwin tunes, the lyrics and arrangements heard in Nice Work have undergone tactful facelifts to better help tell the story of our show. There are many songs in the show that audiences will happily recognize like “S’Wonderful” or “Someone to Watch Over Me”—even the interstitial transitions between scenes are occupied by different sections of the Gershwins’ famous “Rhapsody in Blue.” However, there are also some lesser known gems that have been dusted off and repurposed in incredibly unique ways that will surprise and delight audiences. Additionally, the vintage screwball book of Nice Work skews incredibly contemporary and accessible for today’s audiences. 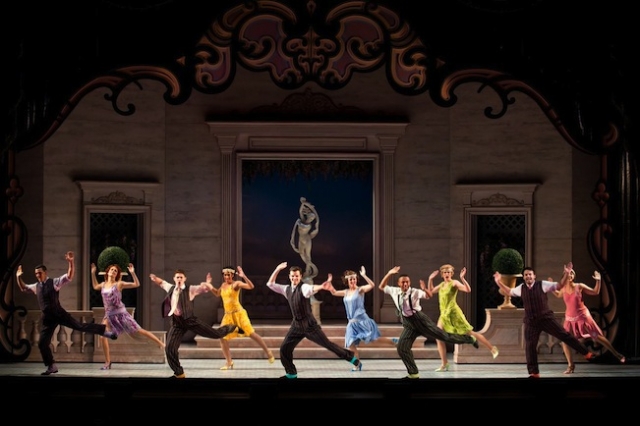 The Nice Work If You Can Get It national tour ensemble (Justin Schuman, second male from left) performs “Lady Be Good.”
Photo by Jeremy Daniel

This is the first national tour of Nice Work and the first time the show has been to Minnesota, so it’s a new experience for many people. However, the show’s songbook is comprised of many instantly recognizable Gershwin tunes. As an actor, has it been a challenge to balance the new story with the old music? How do you make the classic songs everybody knows new and exciting again?
I think the new story of Nice Work and the older Gershwin music meld together perfectly because the source material itself is unquestionably timeless. The lyrics of the songs are beautifully simple, flooding the listener with vibrant images and ideas; the playful and sophisticated rhymes heard throughout the score are silly and scrumptious for any audience member. We as performers aim to make the classic songs new again by playing them for all the truth and authenticity they possess. As long as the audience members can see themselves in the position of the characters—in a struggle for something they need—then we have done our jobs and the piece will undoubtedly feel newly minted

Of the original Broadway production, the New York Times said that Nice Work is an homage to a host of Jazz Age musicals in which “outlandish plots were mere pegboards for songs, dances, gags and idiosyncratic star turns.” How does the sound and style of the musical draw all of these various influences together?
Joe DiPietro (the book writer) and Kathleen Marshall (the director and choreographer) have accomplished something really special with how seamless the book, score, choreography, aesthetics, etc. of Nice Work pull together. The synthesis of all these disparate elements manifest in a touching story with a heart of gold that promises to tug at heartstrings and cause raucous laughter.

With the Jazz Age inspirations gaining popularity again within the last couple years, thanks in large part to The Great Gatsby, who do you think Nice Work appeals to?
I can confidently say that people of all ages will find something they love in Nice Work. The revitalized songs in our show will enchant those who grew up with them and the new generation who may be hearing them for the first time. With costumes and choreography so “Delishiously” colorful, performances so honest and thoughtful, and a story so cleanly fashioned everyone will walk out of Nice Work with a smile on their face and a new song in their hearts.

Nice Work If You Can Get It runs at the Ordway Center for the Performing Arts until October 19. For more information and to purchase tickets, head to www.ordway.org.