We’ve all been touched by the music of Motown, there’s no doubt about it. Which means fighting the urge to sing along to the Broadway musical set to the popular sounds of Motown Records is nearly impossible. Motown the Musical follows the legendary career of Berry Gordy and the creation of his musical empire, Motown Records. With a cast of characters ranging from Diana Ross and The Supremes, Stevie Wonder, Marvin Gaye, The Jackson 5 and many more, Motown is ready to take the world by storm.

Allison Semmes steps into the daunting task of portraying the iconic Diana Ross. Semmes was born into a musical household and started singing in The Chicago Children’s Choir, church, and school choirs. Her first Broadway show was The Book of Mormon, before hopping over to Motown for three months as Florence Ballard and Diana’s understudy. After the show closed on Broadway, Semmes was scooped up to play the Supreme’s lead diva for the national tour. 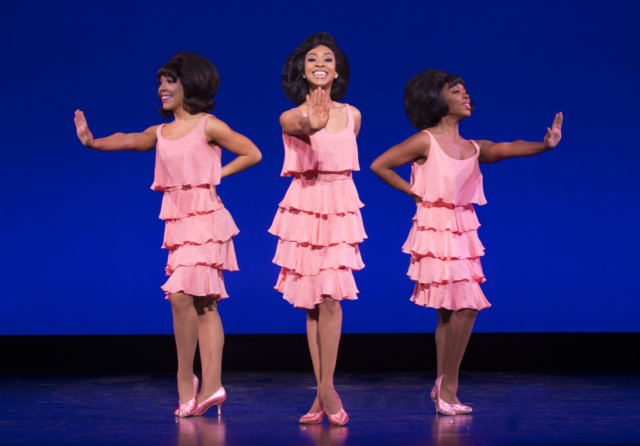 You studied opera, which is clearly not the sound of Motown. What made you redirect to Broadway?
Allison Semmes: After I graduated with this classical degree, I said, “Now what? What is my dream? My dream is to be on Broadway, but how do I get there?” Well, Broadway is in New York, I have an opera/classical degree, I honestly probably need to learn a little bit about Broadway and musical theater and that whole world. I literally just auditioned for two schools, NYU and Roosevelt in my hometown, Chicago. I left it up to the universe, if it was meant for me to be out there and I got accepted to both. That just kind of put me into that whole lane.

Diana Ross is such an icon, especially in the LGBT community. How do you approach a character of this magnitude? What kind of pressures do you face?
AS: Oh my gosh, all of the pressures. (laughs) When I was learning this role, and I still feel like I am because I just want to stay fresh and keep working on myself and my truth of her. But honestly, I would just listen to so much YouTube and all of her music on Spotify, and watch all this footage of her just to absorb as much as I possibly could of her style, her mannerisms, and basically just her essence. And the thing is, the creatives of the show really released a lot of that pressure. Of course, people are coming and they expect to see Diana. But the creatives, when we were rehearsing, they released a lot of that pressure and said they didn’t want an imitation of these people. They just wanted us to capture their essence. So with that being said, it’s like, okay, let me just watch as much as I can, do as much work as I possibly can by absorbing as much of her as I can, and then just trusting that I can portray her essence as best as I could.

You’ve said before that the challenge with touring is not knowing how the audience will receive you from city to city. Now you’ve been doing this show for quite some time and you’ve even been to Minneapolis before with Motown, so do you still find that challenging? What’s changed as the months go by?
AS: Absolutely. I still have that nervousness of if the audience will receive us well. I think it’s that, I don’t want to say stage fright, but that energy, that nervous energy that gives me a fire to do well in each performance. Of course I don’t want that fire to die because we want people to enjoy the show, but, at the same time, I’m trusting that I’ve been doing this for a while, and I can kind of trust that what I’m doing is enough. It’s OK. 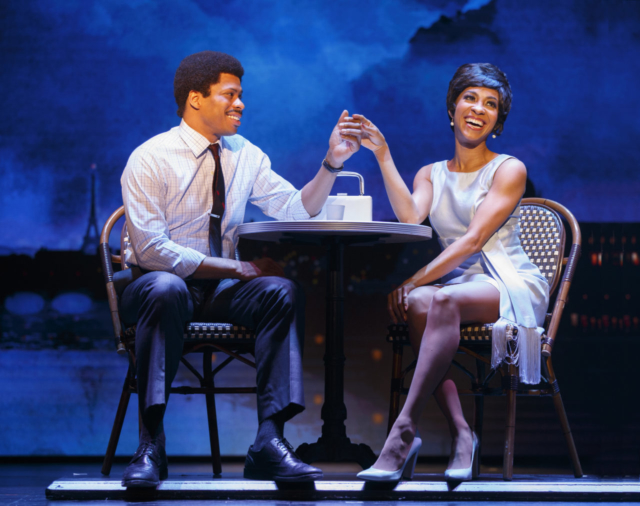 You’ve also said that you love “Reach Out and Touch” when you get to break the fourth wall and interact with the audience. Not every actor enjoys that unknown. What do you like about it? How hard is it to stay in character?
AS: Oh, my gosh, I do love that part. I don’t know, I just get to really see the audience and connect with the people. I love this connection, I love what we’re doing with the show. Whenever I have an opportunity to actually, really, personally connect with the people with this music, it’s just magical. It’s different every performance. That’s the beauty of live theater: it’s not a movie. It’s always something different. The energy of the crowd is different every single time. You never know who is going to come up, or who is not going to come up. It varies every day and I think that’s what makes it exciting and what makes it something people can really connect to. And just looking out in the crowd and hearing everyone in song together. I’ve never in my life experienced that where you look out and you see everyone holding hands and singing together. That’s just so magical and I think it’s really healing, too. It’s always one of my favorite parts of the show.

You’ve been with Motown for a while now, do you have any idea of what’s next for you? What kind of projects would you like to see or take on in the future?
AS: I’ve been blessed to have this story and play this role for over three years now. I’d love to do something completely on the other side of the spectrum. I do have a music project that I’m looking forward to. I have a really good friend of mine who is a composer, and he’s composing a musical piece that is commissioned by the LA Philharmonic. So I’ll be singing in that, and then we’ll be going to the U.K. and Amsterdam with that. It’s new music, so I’ll be tapping back into my classical training as well as my jazz and soul. I’m really excited about that.

Also, I think I’m ready to check out some film projects. I’ve never done anything on camera, so I’d like to dig into that world as well. And just keep on auditioning for the next musical or next Broadway show, depending on what’s coming out. There’s lots of projects and ideas that I’d love to jump back into.

Motown the Musical runs at the Orpheum Theatre July 11–16. For more information and to purchase tickets, head to www.hennepintheatretrust.org.