Michael Carbonaro began performing magic professionally while growing up, earning his college tuition for NYU while still in his teens. In 2004, he was featured on Chappelle’s Show on Comedy Central. Following that, Carbonaro played Andy Wilson in the 2006 comedy Another Gay Movie, winning the Outfest “Best Actor in a Feature Film” award for his role. Carbonaro’s other acting credits include All My Children, The Guiding Light, and Law & Order: Special Victims Unit.

He is known for his hidden-camera “Magic Clerk” segments on The Tonight Show, in which he tricks unsuspecting customers at a convenience store. This led to a television series with a similar premise, The Carbonaro Effect, which premiered on truTV in May of 2014. Now, Carbonaro returns to his live performance roots with a national tour live on stage, packed with audience interaction, hilarious video clips, and his signature antics and mind-blowing magic.

When you were in Another Gay Movie, reviews were that you were “really funny, and really bold.” You responded by saying that’s the kind of reputation you want as an actor; you have to be fearless. Has that mentality stuck around? How does that factor into something like magic?
Michael Carbonaro: Yes that mentality has stuck around. I think that i’ve learned, starting with diving into a project like Another Gay Movie, you have to do stuff that you believe in that echoes something that’s important to you even if it’s daring or risky. You gotta dive in and take a challenge. And I’d say that’s the same for being willing to dive in and take a challenge for a trick that’s never been done before or try and fool someone in a way that you might not get away with it.

Are you always thinking of new bits and tricks, or is it more about revamping things that you’ve already done?
MC: The process of coming up with stuff for the show is sometimes a little idea in life that will inspire a trick. Like the advancements in new technology that seem unbelievable. There’s new technology that we see all the time, and for example, one trick, if we can come up with something impossible, like a speaker that’s a sticker and then it amplifies when you stick it on different things, will people believe it? Then there’s other times where you see a trick that’s really cool, and you just try to figure out how to make it work for your context. 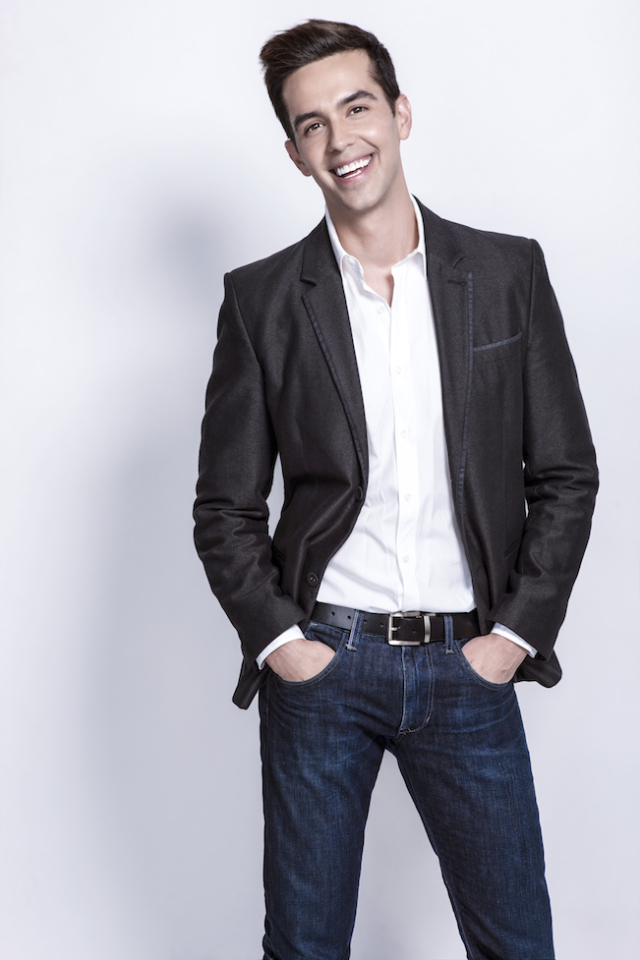 What is the difference between doing magic in person to unsuspecting people on The Carbonaro Effect versus when people come to one of your shows at a theater?
MC: It’s fun because for the TV show people don’t know I’m a magician. But at the live show everyone is very aware that I’m a magician so I get to work extra special hard to lead people down one path and still pull the rug out from under them. So for TV, people leave not knowing what was part of the show or what was a mistake that we just kind of ran with. So for fans of the show, it’s so great to see me live and realize that this is actually happening in front of their eyes.

Viewers at home have room for doubt being that they are watching on TV. How does making viewers at home believe in the trick add to the difficulty of your show?
MC: Magic on television is a diffiult format always because people, and justly so, can be suspect. So the game of my show is using real people, real reacting, to a real magic trick happening in front of them. But also, with hdden camera, I have a difficult time because I can never get that exact angle that the person is seeing on TV, because i would have to have a camera right behind them, right over their shoulder; the cameras have to be off to the side or hidden somewhere. So that becomes a challenge in the language of editing so that the home viewers aren’t seeing the trick, how it’s done, but still get the same effect of being surprised. It’s a bit of an enigma to work around.

Your way into magic was through live performances rather than through TV, so what is it like returning to that dynamic by going on tour?
MC: It’s really refreshing. I’m so happy to be able to get out and perform live because it’s something that I’ve always done. I put myself through NYU performing magic at school gymnasiums and birthday parties. I put myself through school doing four magic shows a week. I realized i was cutting off the ritual of performing, you know, the TV show is different. So it’s been really refreshing to get back out there and flex that muscle that can only make the TV show better.

Michael Carbonaro Live! stops at the State Theatre May 7. For more information and to purchase tickets, head to www.hennepintheatretrust.org.