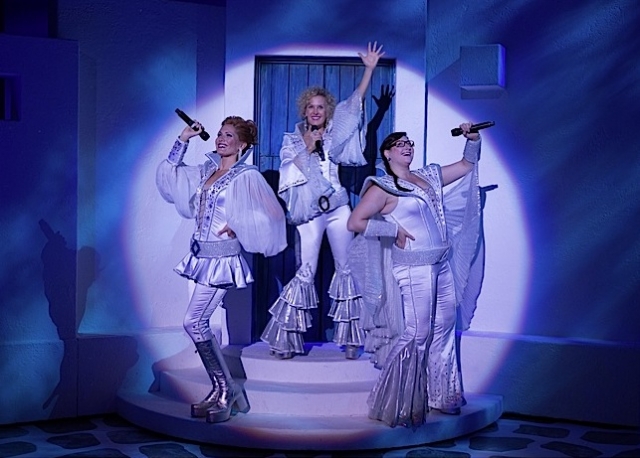 In this first iteration of “5Q,” Shane Lueck shares his reactions to Mamma Mia!, playing at the Orpheum Theatre until February 23.

How does ABBA manage to transcend generations, sexual orientations and more?
Much of ABBA’s repertoire is enjoyed, perhaps stereotypically, by gay men. But the Swedish pop group also has a tendency to appeal to people from all walks of life. Particularly of note is the crowd-pleasing hit “Dancing Queen,” to which the Mamma Mia! audience joined in, making the performance an impromptu sing-along. Looking around the theater, it seemed that every corner of the population you could think of was represented. Families, friends, partners, GLBT, and straight were all in attendance. Hearing these individuals join in song and follow with a standing ovation truly solidified how universal ABBA’s music is. It may not bring world peace, but it definitely created camaraderie among the Orpheum Theatre attendees. 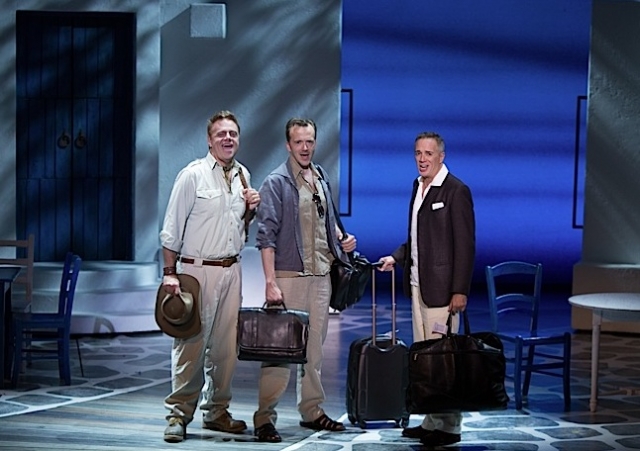 How did the rest of the audience react to Harry’s blatant “coming out”?
In a world that tends to tip-toe around sexuality, it is quite the anomaly that Harry (one of Sophie’s potential fathers) says “Actually, you were the last woman I loved,” and goes on to unashamedly mention his partner, Nigel. Yes, this is how the stage production always handles this scene, but remember: the film version changed it to merely allude to the fact that Harry is gay. No name was mentioned and instead the camera cuts to a man in the crowd, leaving the viewer to imply Harry’s sexuality. As Harry “came out,” the man in front of me (with his arm wrapped around the woman next to him) flinched a little. I have to assume that he’d never seen the stage production and was relying on the film version as his point of reference (if that). We were at Mamma Mia!, afterall, so a character’s statement like this shouldn’t come as a surprise. I’m not sure what he was expecting. So I wonder: how many other audience members were taken aback by the character’s frank acknowledgement of the role Nigel plays in his life? Is it problematic that the attendees would still react in this way? Certainly, but that’s an entirely different discussion.

Why is there such an emphasis on same-gender relationships, just not romantically?
For each of the main characters (Sophie, Donna, as well as the potential fathers), a huge aspect of their role is in relation to their two friends. Sophie and Donna each have a set of friends arrive on the island for Sophie’s wedding and a large part of the narrative is the relationship among the women. Similarly, the solidarity between the three potential fathers as they’re true reason for being on the island is kept secret is a major plot point. It’s refreshing to see a mainstream storyline revolve around same-gender relationships, even if they are reduced to friendship instead of a romantic focus. I’d love the chance to talk with the creators of Mamma Mia! about the significance of these relationships, but until then I can only speculate. 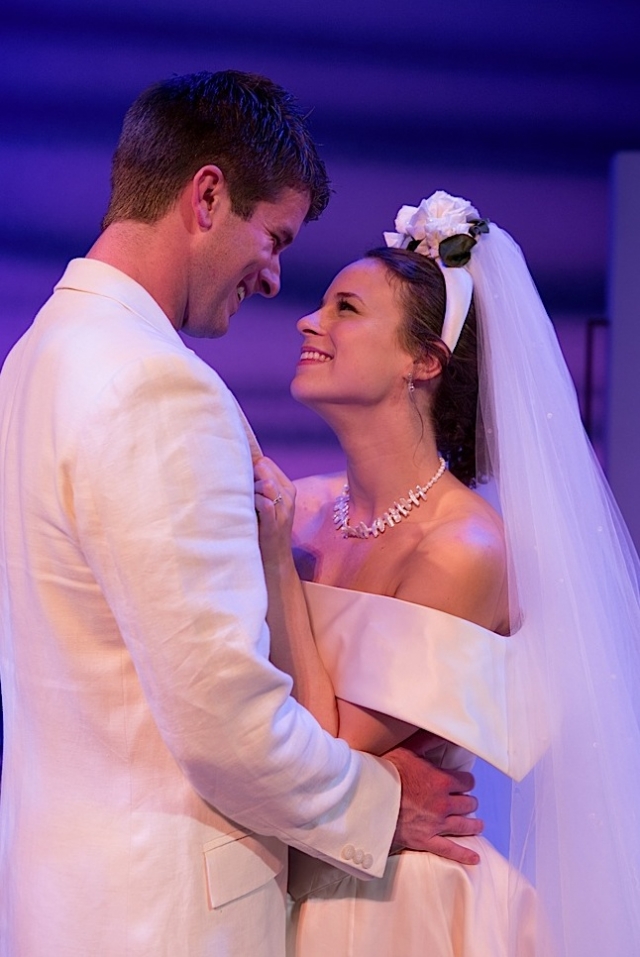 What happens to this non-traditional family in the future?
With three potential fathers in the picture, a single mother, and two loving “aunts,” Mamma Mia! paints a picture of a family outside of what is typically depicted. I love this image of a non-traditional family present in mainstream popular culture. Yet, I can’t help but wonder what happens beyond the scenes depicted on stage. Are the family dynamics able to balance out? Or, is Sophie prone to shouting “We don’t know if you’re my real father! I don’t have to listen to you!” as stepchildren in the media are so apt to do? Throughout the production Sophie is clearly torn between the three men, so I wonder what conversations are had during, say, Donna’s solos.

Why can’t more productions portray such a wide range of gender roles?
Looking at the characters and how they fit (or don’t fit) into “traditional” gender roles is always a breath of fresh air with Mamma Mia! From Sophie’s girly, free-spirit to Donna’s independent, power tool-wielding, vivacious nature, it seems that the entire spectrum is represented here. Even among the males, the audience is exposed to an Indiana Jones-esque character alongside the more reserved and soft-spoken Harry. This isn’t to mention the macho man that is Sky or “cougar” that is Tanya. Again, the audience is able to witness a wide array of gender expressions displayed on stage, which is wonderful to see. I only wish this range was present in more stage productions instead of relying on damsel in distress and hero archetypes.

For more information and to purchase tickets, head to www.hennepintheatretrust.org.