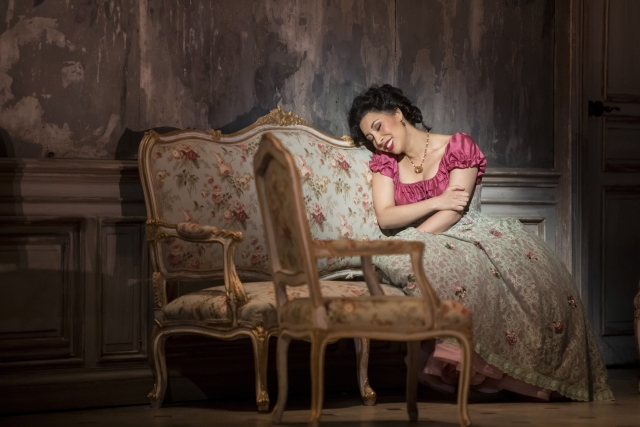 A quintessential Italian opera takes the audience’s breathe away at St. Paul’s Ordway Centre. La Traviata has moved audiences around the world with its captivating story of conflicted love and gorgeous music, including some of Verdi’s most well-crafted and recognizable arias and orchestrations. Even theater goers who aren’t typical opera viewers will recognize the story’s impact on popular culture: hit movies like Pretty Woman and  Oscar-nominated musical Moulin Rouge! both have plots inspired by Verdi’s masterpiece.

Soprano and Cardiff Singer of the World winner Nicole Cabell returns to the Minnesota Opera stage to portray the deeply affecting heroine, Violetta, a courtesan who can have anything she desires—except lasting happiness.

Critics have said before that the role of Violetta requires three sopranos: vocal fireworks in one act, dramatic singing in the second, and more lyrical, soft singing in the third. How do you see that?
Nicole Cabell: There is definitely a different musical focus in the three acts, but I do think it’s dangerous to try to sing with “three different voices,” only because one must be able to get through the whole opera. If one alters one’s technique too much in the first act, one’s voice might be compromised for the second and third.

With these three kind of distinct singing styles, do any of the acts come more naturally or are more challenging to you?
NC: The third act is definitely my favorite, as it encompasses soft, nuanced singing as well as dramatic singing. Perhaps the first act is the most challenging, as I’m not a natural coloratura, but again, I don’t try to be. I sing this act with my voice and try to make it as authentic as possible.

Violetta has been described as a more modern, independent woman than many people would expect for Verdi’s time. How do you see the character of Violetta?
NC: In the mid-19th century, women such as Violetta who desired a life of luxury would adopt this role, which was considered a superior form of prostitution. They would be a status symbol for wealthy men, but morally inferior (or fallen), and thus causing shame to any man who might want to take them as wives. One could argue that her decision to do this was somewhat empowering, as she could choose her suitors and still be somewhat of a socialite, enjoying luxuries and freedoms not many women at the time could possess. She did not have to be “owned” by a husband. But, of course, she was still dependent on men in financial ways. Violetta sadly gets a taste of true love, and her dilemma as to whether or not she should abandon her luxuries for love is a window into a deeper conflict she’s most likely thought about in the past. Her pain at giving up her new love (Alfredo) is another example of how her previous life choices, with its possible freedoms, didn’t really give her happiness. 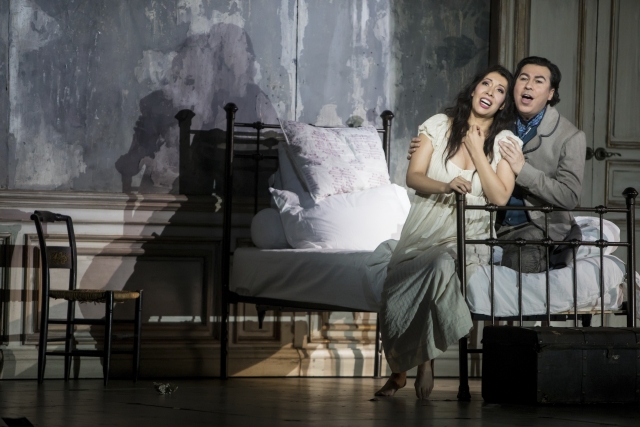 Violetta is an iconic role on many soprano’s “dream roles” list, but you’ve already played her before. How do you approach the character now that you’re returning to fill her shoes in a new production?
NC: Every time I sing a new production of a familiar role, it’s always different. I work with my director to find added depth, and sometimes a different approach to familiar scenes. This Traviata is traditional, as have been all of my portrayals of Violetta, but everything changes depending on who I’m singing with, who is conducting, and what stage direction I’m given by my director. Fortunately, every time I sing this role the music gets more comfortable. The beautiful thing about Violetta is one can never truly master her. There is so much depth in how she is written that endless layers can be peeled off and there’s still so much more to discover.

Speaking of dream roles, now that you’ve tackled Violetta more than once, are there any roles you hope to take on in the future? Or what kind of roles draw you in?
NC: It’s kind of crazy for me to say this, but I think I’ve ticked off all the roles on my bucket list. I had a very fast start to my career, which really kicked off in 2005. Every year I was learning 4 or 5 new roles, and at this point, I’ve sung all the ones I really wanted to sing. Now, if I had a different voice completely, I would love to sing Butterly or Tosca, but alas, I have a lyric voice where a dramatic one is required. If I had to pick another role to learn, I think it would be Liu in Turandot. I’m a huge Puccini fan!

La Traviata runs at The Ordway Centre for the Performing Arts through May 6–19. For more information and to purchase tickets, head to www.mnopera.org.