Kinky Boots is the winner of six Tony Awards and Broadway hit that’s finally making its way to Minneapolis! Featuring songs by Grammy- and Tony-winning pop icon Cyndi Lauper, this joyous musical celebration is about the friendships we discover, and the belief that you can change the world when you change your mind. Inspired by true events, Kinky Boots takes you from a gentlemen’s shoe factory in Northampton to the glamorous catwalks of Milan.

Charlie Price is struggling to live up to his father’s expectations and continue the family business of Price & Sons. With the factory’s future hanging in the balance, help arrives in the unlikely but spectacular form of Lola, a fabulous drag performer in need of some sturdy new stilettos.

Ricky Schroeder plays a member of Lola’s backup troup of drag dancers, known as “Angels”. Last year he was part of the film The Last Five Years with Anna Kendrick and this year he returns to his theatrical roots with the Kinky Boots tour. 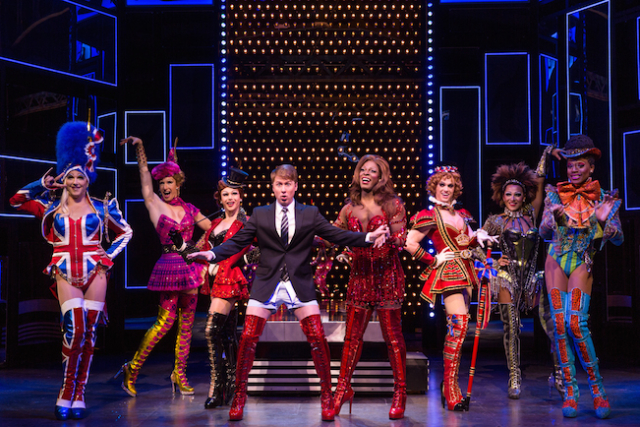 Last year you appeared in a movie with Anna Kendrick. How is touring in Kinky Boots different from being on a film set?
Ricky Schroeder: They are very different experiences. Shooting the scene in the film took about two days of rehearsal and two days of shooting and then we were done. Whereas I’ve done almost 400 performances of Kinky Boots at this point. Film not being live as well, you have more freedom to make mistakes and just concentrate on the one angle you’re shooting at a time as opposed to thinking about the whole show and running the race. Film is a longer day as well. There are a lot of differences.

Now that you’ve experienced film, will your heart always belong to the theater, or do you see yourself branching off?
RS: I’d love to do whatever comes my way. I really loved my experience doing film and would love to do more of it, but could never think about leaving the theater completely. I’ll hopefully do both!

With the Supreme Court ruling in favor of marriage equality, a touching video made its way around with the Kinky Boots cast closing the show with a celebration that night. How does this ruling impact the message of the show?
RS: The day SCOTUS made that decision was probably the most excited I had been to perform the show since we opened. It was a magical night and day. The decision has not changed everyone’s minds however, and that’s where we come in. If we can help people on the fence about that decision realize the importance of accepting and loving everyone for who they are then we’ve done our job. I think it almost legitimized our message for those who may be harder to convince. 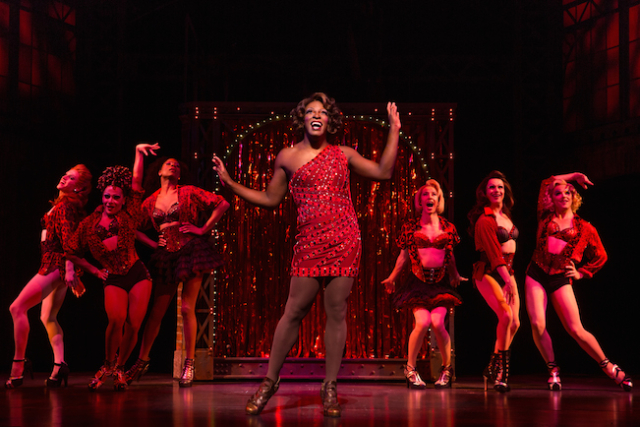 You play one of the characters in drag, deemed “Angels”. Now you’re quite a ways into the tour, but what was that adjustment like in the beginning? Have you performed in drag before?
RS: I had performed in drag before so it was somewhat familiar territory. Not for this length of time, so it was an adjustment having to shave and put on makeup every day for so long. But the heels were actually easier this time around because they were custom made for us as opposed to Payless shoes. It’s also funny how you think you’re so good at your makeup in the beginning and looking back a year later you realize how not so great it was and how much you’ve grown.

Now that you’ve done this show, are there any dream roles that you’d still like to perform?
RS: Of course! Many! First and foremost I’d love to originate a role in a new show. Mark in RENT is also a dream role.

Kinky Boots runs at the Orpheum Theatre through August 2. For more information and to purchase tickets, head to www.hennepintheatretrust.org.