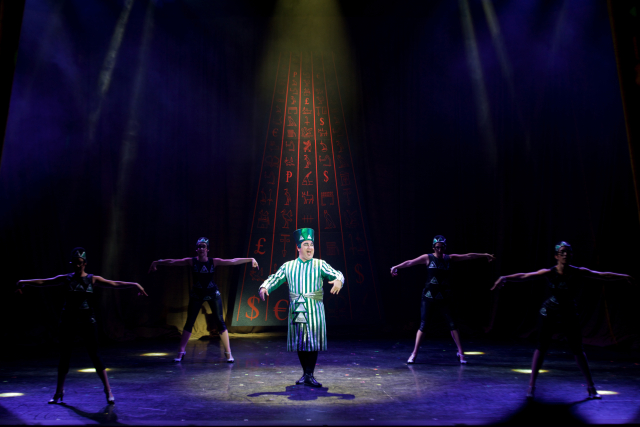 Marc Ciemiewicz as Potiphar Photo by Daniel A. Swalec

Composers Andrew Lloyd Webber and Tim Rice took the Biblical tale from the book of Genesis, added music and choreography, and created a Tony Award-nominated Broadway sensation suitable for families. Joseph and the Amazing Technicolor Dreamcoat follows Joseph, the favorite son of Jacob, who gives Joseph a strikingly colorful coat. Joseph also has a talent for interpreting dreams, including one that brings the hate of his brothers, who sell him into slavery. This sets Joseph on an unexpected path that will affect his family.

Playing the dual roles of Joseph’s father, and Potiphar, the millionaire who buys Joseph, Marc Ciemiewicz is no stranger to the musical. Ciemiewicz is so taken with Joseph, this is his fifth production of the show (as well as a stint in Rice and Webber’s follow-up, Jesus Christ Superstar). 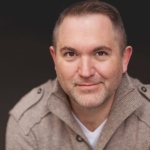 You’ve been in numerous productions of Joseph. What keeps you returning to the show? Do you worry that this pigeonholes you at all as an actor?
Marc Ciemiewicz: This marks my fifth production of Joseph and each of those productions has been different. I suppose that is one of the main reasons that I’m so drawn to the show. Joseph, unlike most shows, is open to a wider interpretation. As for being pigeonholed, not at all. As an actor I’ve been able to morph into many different people and for that I am incredibly grateful!

Joseph is such a mix of musical styles — rock, pop, traditional Broadway. And the choreography always spans the gamut of styles. Why do you think such an eclectic mix of sounds and movements work so well in this show?
MC: I think all of the different stylings are what makes the show so entertaining. There’s something for everyone and as far as I know, or can think of off the top of my head, it is one of the only shows that isn’t a revue that incorporates such a wide variety of styles.

What about the fact that the show is nearing 50 years old? What makes the show so enduring decades after it was written?
MC: The show has endured for close to 50 years because, well, it’s entertaining! Not a show goes by that someone doesn’t come up to one of the cast and say, “I was in this show in high school!” or “I saw the show with Donny Osmond, and I’ve loved it ever since.” It’s one of those shows that’s perfect for the entire family.

Marc Ciemiewicz as Potiphar
Photo by Daniel A. Swalec

Recreating a biblical character obviously comes with a lot of expectations from audiences. How do you grapple with that expectation in your portrayal?
MC: Thankfully, none of us where alive to know these characters. Admittedly my portrayals are a little broader than what most people who haven’t seen Joseph before might expect, but it is a 20th century musical. This isn’t a strict interpretation of the Bible. As far as I know they weren’t singing 50’s rock and country western back in Canaan.

What’s it like playing Joseph’s father, but also the rich slaveowner who purchases Joseph as a slave? How do those two roles mingle together?
MC: The roles are very much on different spectrums. Jacob is the founder of Israel and father to his 12 sons. Potiphar is an egocentric “millionaire.” Thankfully the two don’t mingle. It is, however, always fun to portray two drastically different roles in a show. Quite often audience members who I’ve met didn’t even realize that one person played both characters. Personally, I try to make each character unique and become someone else while I’m on stage. It makes it more fun for me and hopefully for the audience as well!

Joseph and the Amazing Technicolor Dreamcoat runs at the Orpheum Theatre through April 3. For more information and to purchase tickets, head to www.hennepintheatretrust.org.