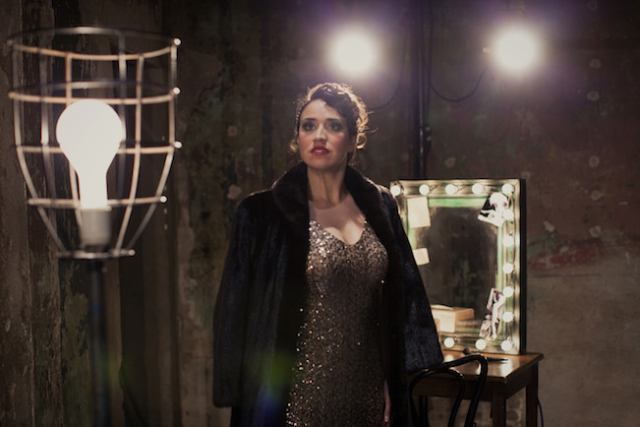 Broadway Re-Imagined returns withIn an all-new production, Gypsy, lauded by critics as the greatest American musical. Directed by the nationally acclaimed Peter Rothstein, the production stars a local cast including the mother–daughter powerhouse team of Michelle Barber and Cat Brindisi, and the Ivey Award-winning Tyler Michaels. Gypsy is the story of Mama Rose, the mother of all stage mothers, and her ambition to raise two daughters in show business during a time when vaudeville was giving way to burlesque. The Tony Award-winning show, with music by Jule Styne and lyrics by Stephen Sondheim, boasts some of the most memorable songs ever written—“Everything’s Coming up Roses,” “Together (Wherever We Go)” and “Let Me Entertain You.”

Denise Prosek has worked extensively as a music director, pianist, and arranger in the Twin Cities for the past twenty years, including forty mainstage productions for Theater Latté Da. She has also music directed for Children’s Theatre Company, the Guthrie, Park Square, Mu Performing Arts, Ordway Center for the Performing Arts, Hennepin Theatre Trust, and the Ivey Awards, among others. Denise was named Lavender‘s Best Music Director in 2010 and Theater Artist of the Year in 2012.

A lot of people know the title of music director, but don’t realize what it means. How would you describe the role of music director and what creative passion do you bring to the process?
Denise Prosek: In the most general of terms, a music director oversees and is responsible for all things music in a production by collaborating with the actors to develop their musical role, teaching melodies and harmonies, and rehearsing and conducting the band. As a part of the creative team, we work closely with the director and choreographer to ensure that the music is a primary part of the storytelling. Personally, I am extremely interested in how the music drives the story and that every choice is true to the character and to the plot. When the character chooses to sing, it must emerge from the dialogue leading up to the first note. Are they frustrated? Giddy? Overcome with grief? That must be how the song is portrayed and sung, and if done with full intention, will viscerally affect every audience member.

I also love being able to re-orchestrate for the orchestra and finding new and interesting colors that help support the overall arc of the musical. Picking instruments to represent characters or mood and seeing it affect the storytelling of the whole piece is invigorating.

What gets you excited about working on Theater Latté Da’s current production, Gypsy?
DP: It’s always exciting to work with Peter Rothstein and seeing his vision of a show come to life on stage. This particular production is filled with powerhouse singers, and having Michelle Barber and Cat Brindisi (real life mother and daughter) playing the mother and daughter iconic characters is magic. They are unbelievably talented, smart, and kind, that they bring such truth to the roles of Mama Rose and Gypsy Rose Lee. Revisiting this show after 10 years is a joy. And because I’m 10 years older, I’m able to invest in the material with a more mature eye. 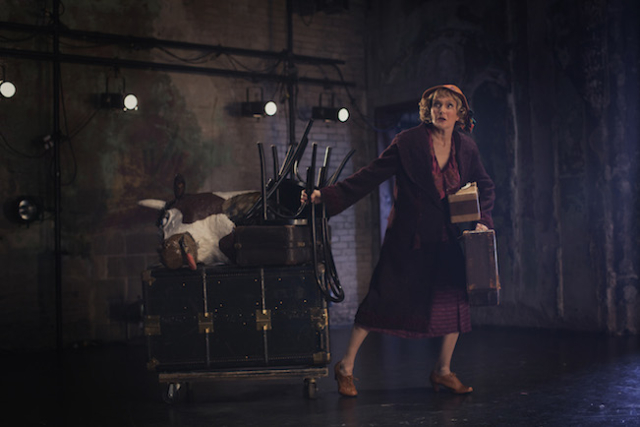 How do you approach each show, especially reimagining Broadway shows as part of this partnership with Hennepin Theatre Trust?
DP: My process starts early with listening to recordings of various productions, getting a sense of the history of the piece. I look at how many musicians I have in the band, and what orchestral colors I will need. Once I’ve done that, I throw the recordings away so I can walk into the rehearsal room with an informed but blank slate in order to make choices that are right for our production. Reimagining Broadway is such a treat because we are giving ourselves permission to look at each musical with a fresh eye. Gypsy has put its stamp on the musical canon with performances by legends of the theater, starting with Ethel Merman in the original production. The book is phenomenal, and the music and lyrics create a vaudeville world for the characters to live in. I try to discover musically how to honor the intentions of the creators while making choices that uplift the show for today’s audiences.

Without giving too much away, what can audiences expect from the reimagined Gypsy?
DP: With an amazing cast and orchestra led by Peter Rothstein and choreographed by Michael Matthew Ferrell, audiences are in for a treat! It’s filled with great dances, breakout songs, and incredible performances. But it’s the story that they take home with them. It’s about family, relationships, how to choose a life that is outside of societal norms, not letting any obstacles get in the way of your dreams, and ultimately finding out if that dream was worth it.

Why do you think Gypsy is revered as the greatest American musical?
DP: Gypsy is complex, fun, entertaining, and authentic. Mama Rose is an iconic character, but she is real, has real dreams and desires, but struggles with being put in a box by her father, by her husbands, and by society. Because of the depth of her passion, her relationship with her two daughters is difficult to say the least. Every person in the world has to make sacrifices for their passion. The question is always balance, and that’s a difficult tight rope to walk without the advantage of hindsight. We experience through Rose every emotion, every regret, and every success we all make in our own lives.

Gypsy runs at the Pantages Theatre through March 13. For more information and to purchase tickets, head to www.hennepintheatretrust.org.