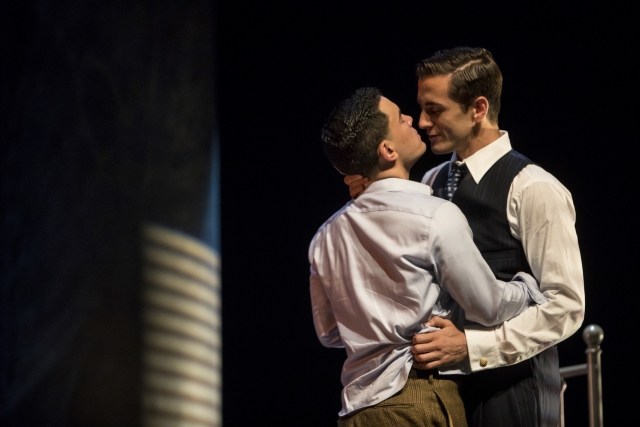 The Red Scare is a well-known chapter of American history during the early years of the Cold War when hundreds of congressional workers lost their job after being suspected Communists. A second scare of the same era has been much slower to make its way into public consciousness, even though it lasted far longer and directly impacted many more lives. MN Opera’s latest production dives into LGBTQ history with Fellow Travelers, set during the McCarthy-era Lavender Scare, which saw thousands of suspected gays and lesbians lose their jobs.

Recent college graduate Timothy Laughlin and State Department official Hawkins Fuller launch a love affair after a chance meeting in 1950s Washington, DC. As McCarthy mounts a desperate bid for power, Tim and Hawkins find it increasingly dangerous to navigate their double lives. Hostility directed toward abolishing “homosexual tendencies” in the government creates a world of fear and shame for the two lovers. New Zealand-born baritone Hadleigh Adams plays Hawkins Fuller, a suave, handsome, 30-something who is less committed when it comes to his lovers. 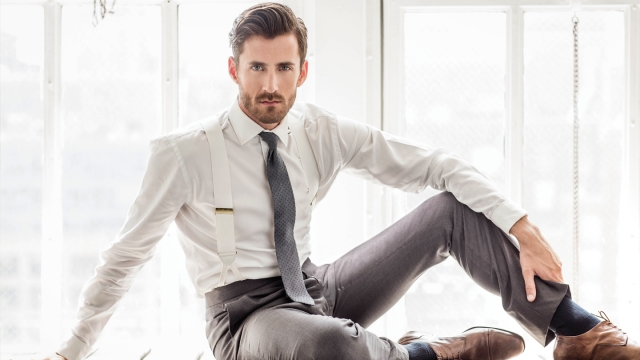 Love stories in opera is nothing new, but we rarely get to see the love between two men on the opera stage. What does this broadening of stories being told mean to you as a performer and for the future of opera?
Hadleigh Adams: For an art form where gay men have such prominence, respect, and positions of power, it is remarkable how infrequently we have gay characters written within our genre. I have only played one other, and that was in Lou Harrison’s opera, Young Caesar. Here with Fellow Travelers, though, we have an opera with gay characters that we can immediately identify with. Everyone has gone out with a Hawkins Fuller at some stage, and I think every gay man out there can see a part of themselves in Timothy Laughlin. The first time Hawk and Tim kiss is utterly magical. It is underwritten with this chord that just rips your heart out, and reminds you of the first time you kissed someone. As LGBT folks, our first kisses (that are honest) don’t happen when we’re 11 or 12, they generally happen later, when you’re a fully formed adult. It’s different. It’s the world opening up underneath you. It’s ecstasy. To be able to play a story of our people’s history is a huge privilege. This is not opera as most people would imagine. This is truly a piece of theater. It’s intense, gritty, hopeful, and hyper-realistic. That is what new opera needs to be. It needs to make the audience sit that inch further forward on their seat, to question their own morality, where the line between right and wrong truly sits.

How do you approach a role in a newer contemporary opera as opposed to a work that has decades or centuries worth of interpretations to study and work from?
HA: Much the same way I usually would actually. I always start with the libretto (the text) and read that several times, to get an understanding of the character’s desires, needs, perceptions. Then I go to the music and look at what the composer is trying to indicate about the character, then I build up the character from there. The benefit of performing contemporary opera is that you can make decisions without 200 years of precedent getting in the way. You can make choices. No one is going to leave at the intermission muttering, “Well, it was fine, but my recording of Maria Callas from 1958 at La Scala is faaaaar better”

Tell me a bit about your character, Hawkins Fuller, and how he handles the hysteria of the time. What does this contemporary character mean to you in relation to other roles you’ve played?
HA: Well… Hawkins Fuller is not the most likable guy. I like him. I understand him. But he exists from a viewpoint that is pretty self-centered. He’s a handsome, successful, wealthy, straight-acting (masc4masc brah) guy who has never been challenged on the way he lives. So, initially he deals with the firings of gay people, communists, and their sympathizers in the way that you’d expect someone like him to, (i.e., they’re not coming after me, so it’s not my problem). But the noose starts to tighten, and we see how quickly a façade can unravel. He’s unlike any other role I’ve played. He is a beautifully real character and incredibly flawed. It is a privilege to play a character who is so incredibly real. 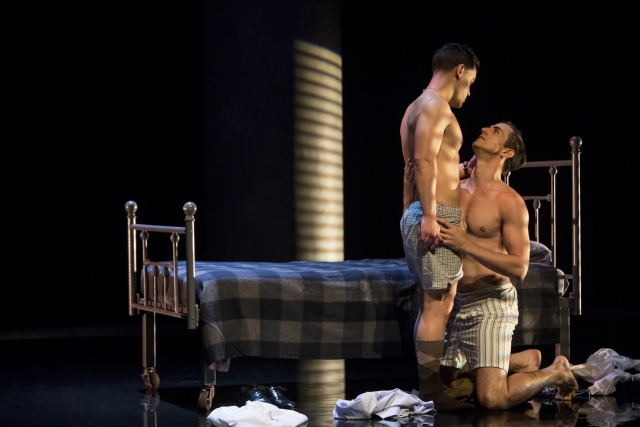 With the principle characters working for the U.S. government, their affair inevitably draws connections to real-life scandals going on in Washington for the audience. How do you balance that correlation with telling these characters’ stories in a meaningful way?
HA: This can often be a trap for an actor. You can’t play the context of your show. You can’t play parallels to political situations, current or past. If you do, it means you’re not playing the truth of your character. My job as an actor is to find Hawkins Fuller’s truth, and go after that in every scene. Nothing more, and nothing less. If I think about the audience’s reactions to how my character is perceived, I’m not giving a fully formed character, I’m giving a poor outline of one. And no one wants to sit for two hours and watch that. But at the same time, if the show ruffles some feathers of people watching… good. I hope you’re ruffled. You should be.

The Lavender Scare is described as being larger than the Red Scare with the amount of jobs lost, yet most people don’t know about it’s full impact, including many in the LGBT community. Yet, despite the historical setting of Fellow Travelers, the opera has been described as both timely and enormously relevant today. How do the themes in Fellow Travelers reflect our current cultural climate?
HA: As a community, we owe an insurmountable debt to those in our community who have gone before us to allow us today to be our fabulous selves. If it weren’t for the transgender, queer activists at Stonewall (and prior) we would be nowhere. It’s easy to forget how lucky we are. It is crucial that we don’t. I recently started following @theaidsmemorial on Instagram. I strongly encourage you to if you don’t already. For those of us who didn’t live through it, it is a beautiful tribute to those we lost at a time when our community was under siege from a plague like nothing we could imagine. It’s a daily reminder of how many we’ve lost, of the beautiful souls who have perished along the way. Advances can be lost. Laws can be repealed. The Lavender Scare, AIDS, Don’t ask Don’t Tell, gay marriage… we have been through so much, and there will be more to face. That is why Fellow Travelers is so relevant. It shows us how far we’ve come, and how much more there is to face.

Fellow Travelers runs at The Cowles Center June 16–26. For more information and to purchase tickets, head to www.mnopera.org. Keep up with Hadleigh Adams on his website and Instagram.