Evita is yet another musical featuring the astounding work of Andrew Lloyd Webber (music) and Tim Rice (lyrics). The story concentrates on the life of Eva Perón, the second wife of Argentine president Juan Perón, following her rise to power, charity work, and eventual death. Originally, Evita began as a rock opera concept album (released in 1976) before its success led to productions in London’s West End a couple years later, wining the Laurence Olivier Award for Best Musical. Broadway took on the musical a year later, where it was the first British musical to receive the Tony Award for Best Musical. This success has been followed by a string of professional tours, worldwide productions, and numerous cast albums, as well as a major 1996 film starring Madonna and Antonio Banderas.

Now, with Evita making the rounds on it’s national tour, Josh Young takes on the role of Che, a working class narrator of sorts. Young has been touring as Che since September 2013 and will continue in the role until the tour closes in October. It is such a long tour, but luckily, Young seems downright ecstatic to be playing Che again. He portrayed the character for the first time back in 2010, at the Stratford Shakespeare Festival in Stratford, Ontario. Here, Young took the time to answer some questions. 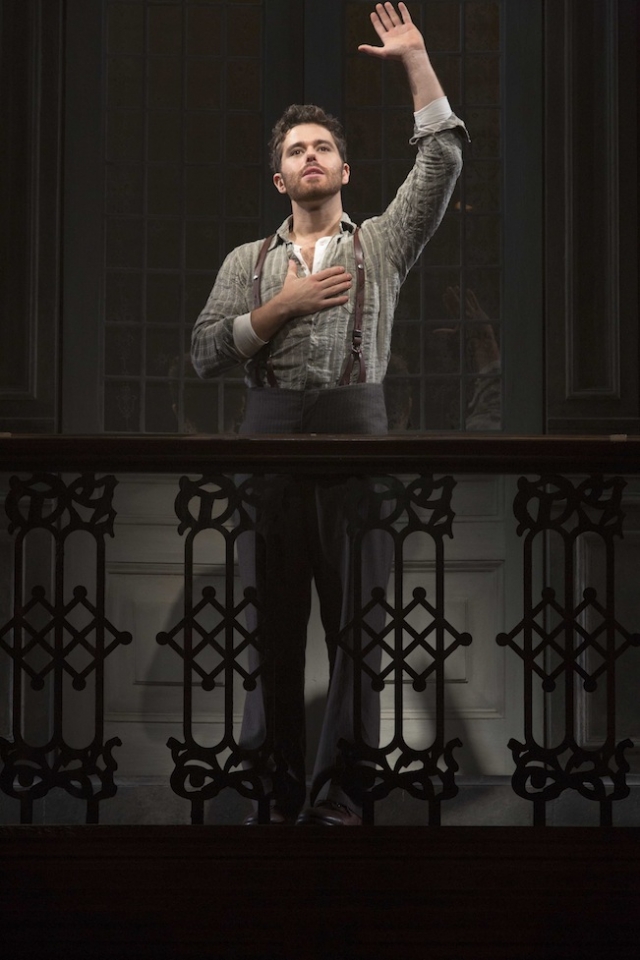 You’ve played Che as Che Guavera (the Argentine Marxist-Leninist revolutionary) in the past and now this production makes him more of just another working class person. How does that impact the story, or how you portray the character?
The immediacy and the need of the people for Eva to succeed is more present when Che is played as an ‘everyman’ character. I am the narrator of the story and I have a relationship with the audience, but I also have a relationship with Eva as the representative of the people.

You were in Minneapolis for the same role in January. Has anything changed since then? What’s it like to revisit locales like this?
Nothing major has changed since January. We’ve had a few cast members leave and some new people join, but the principles haven’t changed. There is a big difference in the weather, though. Last time we were here we didn’t go outside much since it was, like, -20 degrees, so it’s nice to be outside and enjoy the city this time.

Do you ever get sick of portraying the same character for such an extended time?
No, not at all. It’s always different depending on what the other actors bring to the stage. They bring something new each night, which keeps the show fresh. 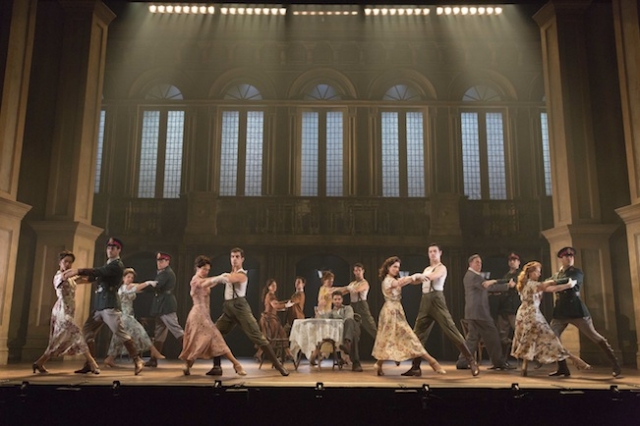 The touring cast of Evita
Photo by Richard Termine

This tour has very tango-influenced choreography and gives a true Argentine feel. The choreography has been described as an added language to the production, while the lighting has been described as another character on stage. What do you think about these claims?
The aspects of dance and lighting in our production are invaluable in telling the story. Our designers are experts in their mediums and they’ve developed the choreography and lighting in a way that they’ve become their own characters in the show. They are just as important in telling the story of Eva as the dialogue is.

Seeing Evita live has such a different feel than seeing the film. Why do you think that is?
As the narrator of the show, I am constantly breaking the 4th wall. My performance each night depends on my interaction and connection with the audience. That can’t happen between a TV screen and a person sitting on their sofa.

Do you think the Perónist government helped or hindered the Argentine people?
I’m not sure I’m qualified to answer that since I’ve never lived in or been to Argentina. But I do believe that our production presents the story in a way that the audience can decide for itself.

Evita runs at the Ordway Center for the Performing Arts until August 17. For more information and to purchase tickets, head to www.ordway.org.