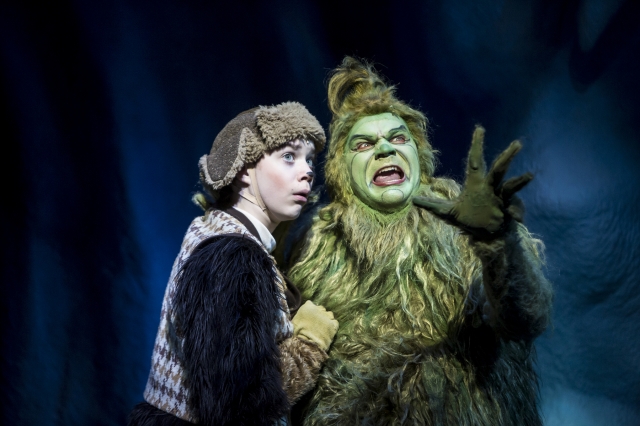 Children’s Theatre Company has the distinct honor of being the first theatre in the world to put Dr. Seuss’ work on stage. This musical adaptation of How the Grinch Stole Christmas was developed at CTC and presented to the world for the first time in 1994. In this version, an older Max the Dog narrates the classic story of a mean old Grinch intent on cancelling Christmas in Who-ville. Sing along with the Whos in Who-ville and cheer for joy as this grumpy green guy’s heart grows three sizes right before your eyes. This colorful production brings alive the songs, the story, and the Seuss in energized storytelling and fanciful rhymes.

Wendy Seyb choreographed Grinch, returning to her Midwest origins. Now a New York-based choreographer, Seyb grew up in the Metro and even acted on the CTC stage as a child. Now back in Minneapolis for the time being, Seyb brings her humor and love of whimsy to the CTC stage with Grinch.

As a Wayzata native, you’ve since moved on to New York. It must be wonderful to return to Minnesota, but why did you put your New York career on hold?
WS: It is a thrill and a joy to return to the wonderful community that I came from. I actually didn’t put my career on hold in NYC in order to work at CTC. You see, traveling to other cities for projects comes with being a working independent artist. I have actually been working on two other projects in two other states at the same time I was working on The Grinch.  Luckily, I have amazing assistants who are able to run the ‘dance department’ for each show while I was traveling around. Also, each production has been very gracious in being flexible with my schedule.

You acted as a child on the CTC stage, among others. How has your acting background influenced your choreography?
WS: I am a storyteller first, who uses dance as my main narrative element. The dance and movements are all geared toward moving the story forward, while also assisting in expressing who each character is. So I always approach the dance from the actor’s point of view: how does your character move; why do they move this way; how can we use the movement to flesh out who they are and move their journey forward?

How does your choreography fit into the narrative of Grinch and Dr. Seuss’ style of imagery?
WS: My choreography ranges from pedestrian staging, to fun and silly movements, to full-on dance. The Grinch has a wonderfully cartoon-ish style, which is a huge part of my style; while both also blend the comedy with heart. 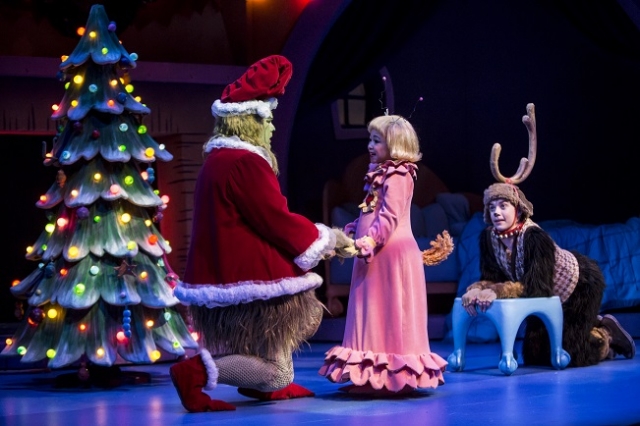 You’ve described your style as embracing the humorous side of the human condition. Can you tell me more about that? How does that come out in Grinch?
WS: I love to discover the moments where we, as humans, are being our most human. I celebrate this through one of our most valuable attributes: the ability to laugh at ourselves. This is one of the best parts of life. In The Grinch, he finds his humility and love of his community, and he is able to embrace the joy and laughter through pure love. This is a wonderfully human moment that we all go through and instead of demeaning himself for his mistake, he embraces it and makes the most of it.

You’ve worked for numerous TV networks (Nickelodeon, Cartoon Network, etc.), so how does choreography work differently for the stage compared to television?
WS: I have actually only worked with these networks on theater pieces, mainly stage versions of their TV shows. I seem to be the go-to choreographer to translate cartoons to the live theater. And I am happy to be the one they call!

Dr. Seuss’ How the Grinch Stole Christmas runs at the Children’s Theatre Company through January 4, 2015. For more information and to purchase tickets, head to www.childrenstheatre.org.