Nothing can stop a princess from a celebration of royal proportions when Disney On Ice presents Dare to Dream  skates into to your hometown. Join hosts Mickey and Minnie Mouse for a princess-packed adventure. Laugh along with Disney’s hair-raising escapade, Tangled, as Rapunzel, Flynn, and Maximus embark on an uproarious journey that takes adventure to new lengths! Travel to the enchanted forest with Snow White and the Seven Dwarfs as she escapes from the Evil Queen in her search for her one true love. Dreams become reality as Cinderella meets her Prince Charming, with a glass slipper fit for an unforgettable fantasy come true. Boogie to the beat of the bayou with Princess Tiana and Prince Naveen from Disney’s The Princess and the Frog, in a magical, musical journey that begins with a fateful kiss. The whole family will delight in the beauty, sparkle and spirit of the ultimate Disney Princess event of a lifetime! 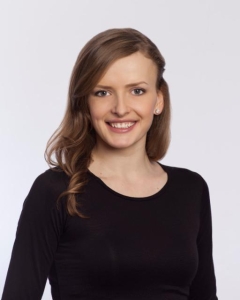 Lauren Anderson grew up in Chaska, MN and is now living the dream, performing as Cinderella with Disney on Ice. Her journey on skates began competitively at age seven and she’s been performing with Feld Entertainment since she was 19. She originally fell in love with skating after watching the Winter Olympics and decided to try it out, having to skate early in the morning before school. She didn’t mind — she would sleep in her skating clothes!

It seems like nearly everyone wants to be a Disney princess when they are little. How does it feel to actually be one?
Lauren Anderson: It is truly an honor to be able to portray such an iconic character as Cinderella. She has such a strong and hopeful character, a lovely role model for people of all ages.

Is performing on ice always something you were interested in? How did you get to where you are?
LA: Performing and the artistic mark were always some of my favorite parts about growing up as a competitive figure skater. I loved how you could express yourself through your movements, similar to how dancers do, but on ice. I grew up pretty much in the ice rink where I developed a second family with my skating friends and coaches. Although cold at times, I enjoyed every minute of the countless hours of training and many competitions. After high school, I sort of re-found my love for skating and decided to give professional skating a try. Shortly after my audition, I was hired and flown down to Mexico City, where I started my first tour. I joined in the summer of 2007 and have enjoyed every minute of my time on tour since.

What does the show’s title, Dare to Dream, mean to you?
LA: To me it means dreaming for adventure and hoping for the future while also having the courage to pursue all life has to offer. Cinderella dreams of possibilities and even when things seem to be at their worst, she overcomes and perseveres. 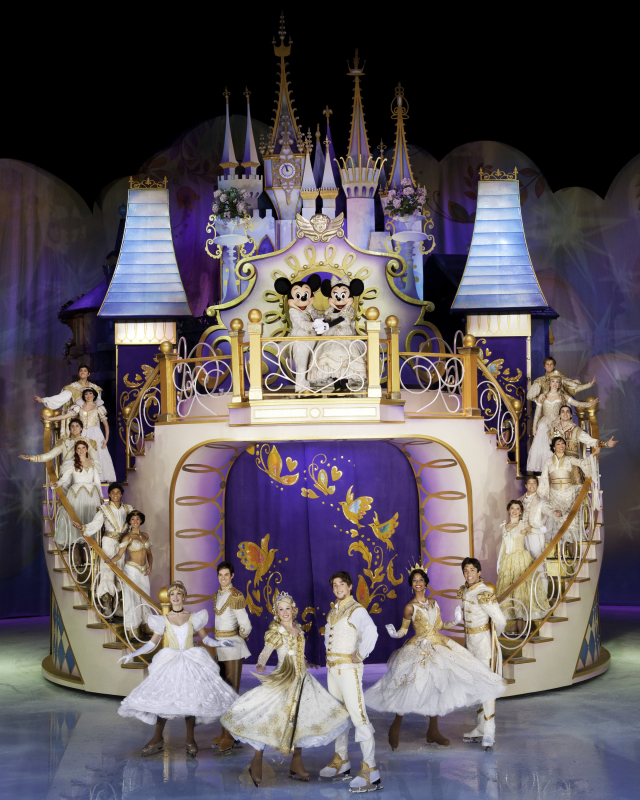 Tell me a bit about the show’s interaction with the kids in the audience and what that like for you as a performer?
LA: There are several parts in the show where the characters ask the audience for advice and when that happens, the response is truly magical. The feeling in the venue is so unified and moving that as a performer, you can’t help but feel it. Moments like that are some of my favorite aspects of performing as they really connect the performers with the audience.

This is a show about princesses, but what about those people who aren’t necessarily drawn to the princess character?
LA: Well they are in luck because Dare to Dream has something for everyone! Mickey, Minnie, Goofy, and Donald, lead us through modern and classic stories along with high energy music, spectacular lights, world-class figure skating, tales of dreams and adventure, and even a high, literally flying, aerial silk routine, all on ice! There is truly something for everyone.

Disney on Ice presents Dare to Dream runs at the Xcel Energy Center through December 13. For more information and to purchase tickets, head to www.xcelenergycenter.com.