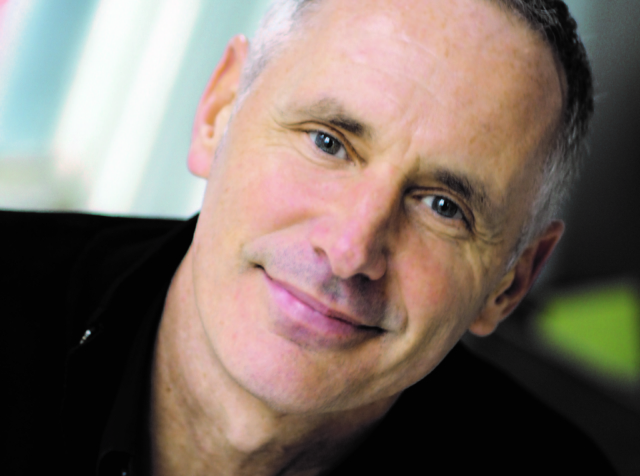 Minnesota Opera debuts Dinner at Eight, the story of Manhattan socialite Millicent Jordan, who plans the perfect dinner party, but as her guests arrive, business intrigues and romantic entanglements are brought to light. In adapting the witty and biting depression-era play by George S. Kaufman and Edna Ferber, Pulitzer Prize- and Grammy Award-winning composer William Bolcom (A View from the Bridge, A Wedding), and renowned librettist Mark Campbell (Silent Night, The Shining) have created a new work that charmingly weds American musical theater and opera. 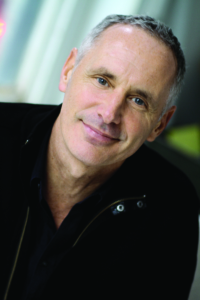 Mark Campbell is one of the most in-demand librettists in contemporary opera. Mark’s most known work is the libretto for Silent Night, which garnered a 2012 Pulitzer Prize in Music for composer Kevin Puts. The opera premiered at Minnesota Opera in 2011, aired on PBS’ Great Performances in 2013 and has entered the opera repertory with an unprecedented rapidity since its premiere. A passionate advocate for contemporary American opera, Campbell took on the task of creating the libretto for Dinner at Eight.

You’ve been in high demand recently with operas coming out in Philadelphia, Santa Fe, Houston, Boston and right here in Minnesota. What’s it been like, as a librettist, having your work produced all over the country?
Mark Campbell: Having six operas premiere in one year is thrilling…though, truth to tell, I’m a bit exhausted and often vertiginous. On the other hand, I can’t complain. I really love what I do.

You’ve also been Minnesota Opera’s go-to librettist for new works in recent years, having written the words to five operas to premiere here. You’ve said before that it’s probably more than any librettist has written for any single company in this country’s history. Why do you think that is? What is that relationship like?
MC: My work has always been nicely nurtured by this company: Dale (Johnson, artistic director), Ryan (Taylor, president), the whole Minnesota Opera staff, and the New Works Initiative. Minnesota Opera just knows how to do new operas right. I also share the company’s view that opera is a populist art form and that an important mission, if not the first mission, of a performing work is to entertain — which simply means tell a good story. Finally, it helps a great deal that Minneapolitans are so enthusiastic about new work.

Composer William Bolcom’s legacy has been to erase boundaries between popular and art music, and Dinner at Eight is described as a blend between American musical theater and opera. How does your work as a librettist play into that blend? What can audiences expect?
MC: I was a musical theater lyricist before I was a librettist and knowing the technique of lyric-writing served me very well when creating the libretto for Dinner at Eight. The audience will hear real tunes in this opera and real tunes are always built from structured lyrics, often using traditional song structure forms. I also use rhyme in this libretto, but often limit it to the final couplet of a musical moment so that the work won’t sound too much like a musical and we keep the balance between the two forms. 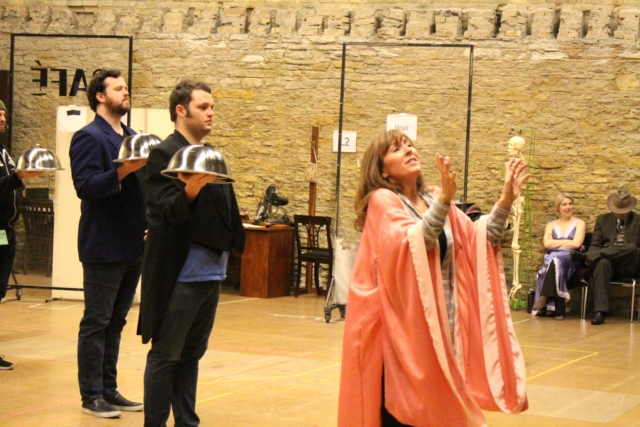 How do you approach beginning a new work? How does working with an existing text, like the Dinner at Eight play, influence that process?
MC: It’s always crucial to preserve the original author’s spirit and intent, but to also keep in mind that a libretto is a completely different beast than a novel or play; it must not only serve the story, but also the music. In the case of Dinner at Eight, I tightened the time element in the story a great deal, emphasized the La Ronde nature of the original play, gave each main character an aria and reduced the cast size. I also created an ensemble of people who work in secondary roles in the story to sing the main theme, “The Party Goes On.”

You’ve worked a lot with adapting existing texts for the opera recently, from The Shining or The Manchurian Candidate to Dinner at Eight. Your next operas are original works. What can audiences expect?
MC: The fifteen or so librettos I’ve written are pretty much divided down the middle between those that are original and those that have been adapted from other sources. The same rules apply for both. A story is a story. Three original librettos I have coming up this year are Some Light Emerges, a chamber opera set in Houston’s Rothko Chapel, The (R)evolution of Steve Jobs, a grand opera with an electronic score about the marketing and technology wizard, and The Nefarious, Immoral But Highly Profitable Enterprise of Mr. Burke & Mr. Hare, about two serial killers in 1820s Edinburgh. The subjects couldn’t be more different, but the approach is much the same.

Dinner at Eight runs at the Ordway Center for Performing Arts March 11–19. For more information and to purchase tickets, head to www.mnopera.org.