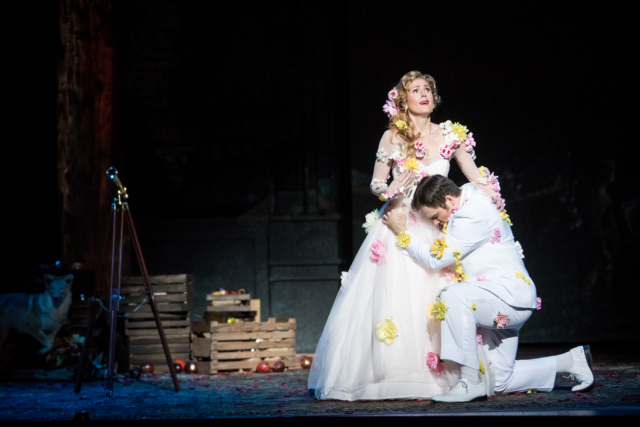 Minnesota Opera brings Diana’s Garden, a rediscovered musical gem from Mozart’s era, to the Ordway stage. Having disappeared from the public eye over the years, Diana’s Garden was extremely popular when it premiered the year after Mozart’s The Marriage of Figaro. Composed by Vicente Martín y Soler, Diana’s Garden is a witty, effervescent farce full of winking social commentary on freedom, power, and love. This new production sets the opera’s action in the 1950s, a time where overt sensuality was largely taboo.

Diana, the goddess of hunting and chastity, is the target of Cupid’s interference as he brings unwelcome love to her sacred garden. Peter Rothstein, artistic director of Theater Latté Da, returns to Minnesota Opera to direct this sparkling comedy. Rothstein not only directed Minnesota Opera’s production of Mozart’s Così fan tutte in 2011, he also sang in the Minnesota Opera chorus and served as the educational outreach coordinator for several years. 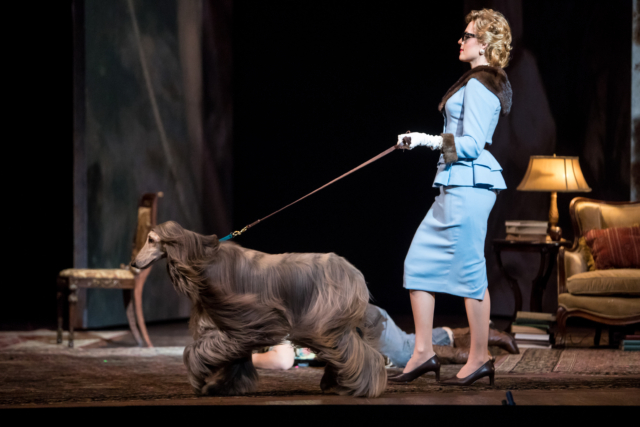 Most Twin Cities arts goers probably know you from other projects like Theater Latté Da, but you’ve worked with Minnesota Opera before. What’s it like working across genres like this? Is it an easy transition, or is there much difference?
Peter Rothstein: I have spent my entire career working across genres. It’s one of the greatest things about being an artist in this community; you don’t get pigeonholed. Working in opera makes me a better theater director and vice versa. While they are very different art forms demanding different creative processes, one definitely informs the other.

Vicente Martín y Soler had a life very close to royalty, working for future kings and an official court composer in Saint Petersburg. How did that kind of upbringing impact his compositions?
PR: Soler composed work knowing it would be produced. He was able to write for specific singers and knew the exact theater where his work would premier. Sadly, today most playwrights, composers, and lyricists write in hopes that their work will get produced. They aren’t able to tailor their work in the same way Soler and his colleagues were fortunate to be able to do.

The costumes and sets look very much updated from the original. Can you explain a bit about the decision to update the opera to a more modern era and what that adds to the story?
PR: We’ve reset our production in the 1950s. The work is about sexual repression and gender expectations. Most audiences today have an understanding of the 1950s restrictive ideology around love and marriage, but we were on the cusp of the great sexual revolution meaning something was brewing beneath the surface.

Minnesota Opera’s president referred to Diana’s Garden as “the sleeper” of the company’s season that he’s most interested in. The work was enormously successful in its day, but Vicente Martín y Soler’s operas have since fallen from the public repertoire. Why is that? What about the show makes it somewhat of an unknown gem?
PR: I don’t know why Soler’s operas fell from the canon because they were very popular in their day. This work is playful, sexy, and quite beautiful. The libretto is by Lorenzo Da Ponte who wrote Mozart’s librettos for Così fan tutte and Don Giovanni. Like those Mozart works, this piece is lush, sophisticated, and compelling.

The draw for a lot of modern audiences are the big-name operas that are well-known. What do you say to potential audiences who haven’t heard of Diana’s Garden?
PR: It’s a romantic comedy; perfect as we approach Valentine’s Day.

Diana’s Garden runs at the Ordway Center for Performing Arts Jan. 21–29. For more information and to purchase tickets, head to www.mnopera.org.