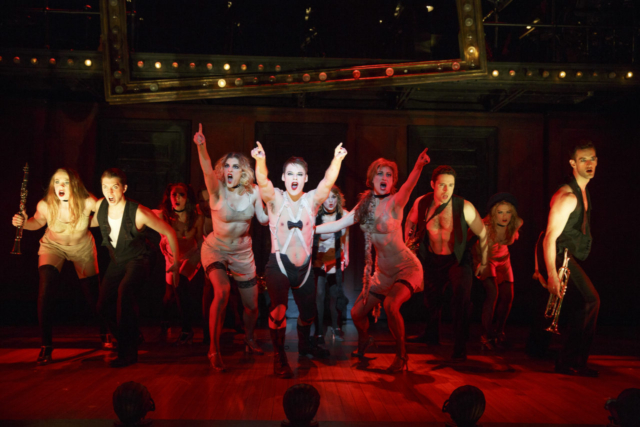 Direct from Broadway, the musical masterpiece Cabaret returns to Minneapolis to kick off Hennepin Theatre Trust’s 2016–2017 season. The Roundabout Theatre Company’s award-winning revival, staged by Sam Mendes and Rob Marshall, won four Tony Awards, including Best Revival. Cabaret opens in the infamous Kit Kat Klub, where the Emcee, Sally Bowles and a raucous ensemble take the stage nightly to tantalize the crowd – and to leave their troubles outside pre-WWII Germany in the decadent allure of Berlin nightlife.

The new touring production of Cabaret features Randy Harrison (best known for his portrayal of Justin in the Showtime drama Queer as Folk) as the Emcee. Harrison began acting as a child eventually receiving a BFA from Cincinnati College-Conservatory of Music. Although known for his TV and film credits, Harrison is an accomplished theater actor, having appeared on Broadway in Wicked and with many other stage credits to his name. He is a founding member of the downtown New York theatre company QWAN Company.

You’ve been so vocal about your passion for the production and immediately wanting to audition when you heard it was going on tour again. What drew you to this production and this role?
Randy Harrison: I think Cabaret is a classic of the American theater. It is an incredible piece of writing, the music is deservedly iconic, and the message is extremely relevant. It’s always been a show that thrilled me in the manner it subverts an audience’s expectation of what a musical should be, and hits home a deeply important social and political message, all while being wildly entertaining.

You’ve had so many different roles over the years, from TV to theater, but the Emcee is such a unique, iconic individual and the production and story is so emotionally taxing. What are some joys and challenges of stepping into the shoes of the Emcee?
RH: The greatest joy is doing something you believe in deeply every night. When the road gets exhausting, its easy to remember how important this show is, and how lucky I am to get the opportunity to sing these incredible songs and to tell such a wonderfully crafted and intelligent story to a different audience every night. The greatest challenges come from the constant traveling. I’m sick of hotels. 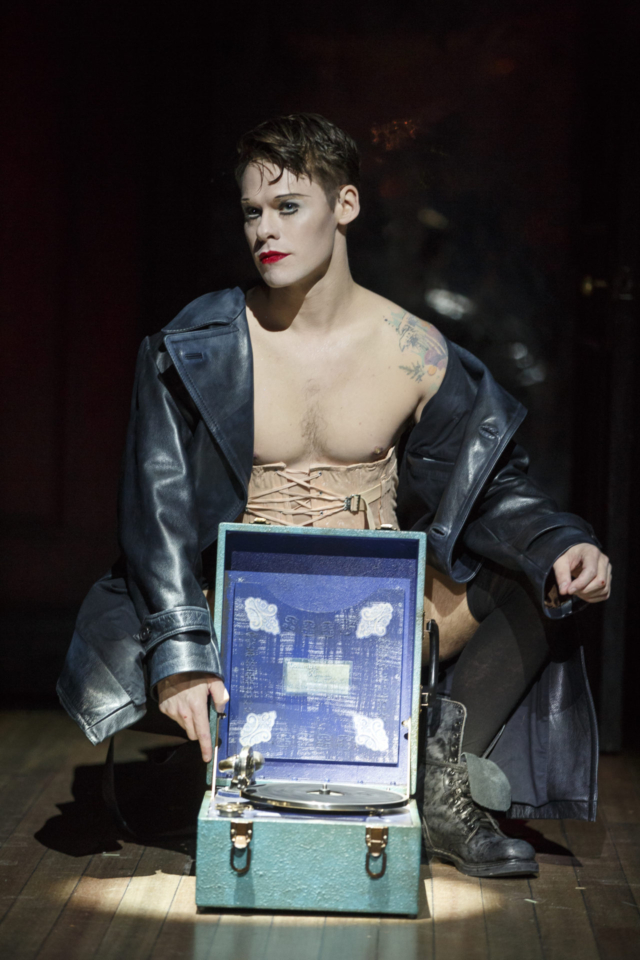 The buzz around this production is that the Mendes-Marshall version of Cabaret has sexualized the part more so than previous iterations while exploring social implications and issues. Tell the audience how different this version of the Emcee and Cabaret is from the original.
RH: I never saw the original stage production but I am familiar with the movie. I think this version really evokes the seediness and financial and social desperation happening in Berlin at the time. The challenges to previously held mores of gender and sexuality are very evident.

In a previous interview, you said that the musical might be more relevant and liberated now than in the ’60s (when it premiered). What did you mean by that?
RH: Well, I think we are extremely polarized politically now, which makes the Weimer Era and the Third Reich’s coming to power seem extremely close to home. Our political discourse has been hugely reduced to scapegoating, blatant hate speech, Islamophobia and racism while much of our extremely disempowered lower middle class have been radicalized.

You’ve said before how the audience is your scene partner, and you get some time to improvise with them. With each audience and locale being different, it can make for some interesting stories, like when you referenced HB2 while touring in North Carolina. What do you anticipate with audiences for your Minneapolis stop?
RH: I really don’t know. I performed for three months at the Guthrie in Minneapolis about 10 years ago. I remember Minneapolis being an extremely smart, theater-savvy city. That said, I’m aware the racial situation in the school systems has been extraordinarily fraught in the area, that there is a huge refugee community in Minneapolis… This is not something completely unique to Minneapolis but its something each American city has seemed to process in different ways, and things that often cause Cabaret to hit a pretty raw nerve.

Cabaret runs at the Orpheum Theatre Oct. 18–23. For more information and to purchase tickets, head to www.hennepintheatretrust.org.