Taking inspiration from Streisand’s coffee table book My Passion for Design, playwright Jonathan Tolins playfully scrutinizes the zany implications of Streisand’s underground shopping center in this uproarious one-man show, Buyer & Cellar. The show opens with a disclaimer: the only thing that is true about the show is that Streisand does indeed have a shopping mall in the basement of her Malibu home, complete with an immaculate curation of shops including an antique clothing store, a doll storeroom, and a sweets shop. Other than that, the show is a complete work of fiction.

Sasha Andreev takes on the daunting role of a one-man show in the role of Alex More. A struggling actor in L.A., he takes a job working in the Malibu basement of a beloved megastar. One day, the Lady Herself comes downstairs to play. It feels like real bonding in the basement, but Alex soon begins to question if their relationship will ever make it upstairs, out of the confines of the basement. 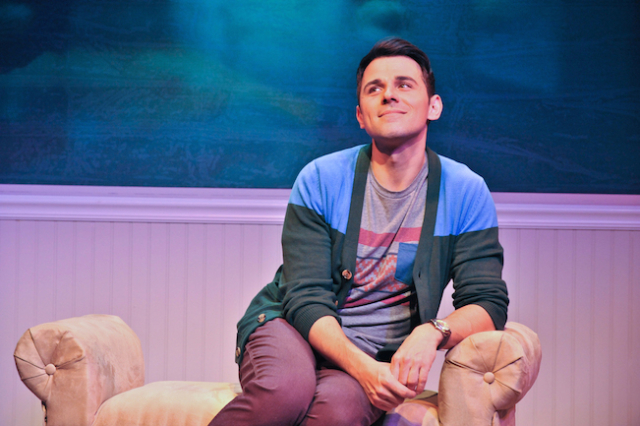 Barbra Streisand is an icon. Is that something that goes through your mind as you’re poking fun during this show?
Sasha Andreev: I admit I wasn’t an ardent Barbra fan prior to this show, but as I’ve gotten to “know” her in my research, from movies, music, and her many interviews, I can’t help but be enamored and sympathetic to her as a real person. Although the show pokes fun at her, my director Wendy Knox and I have focused on illuminating the woman behind the mask and what makes her tick.

Like your character does, would you ever imagine taking a job in Barbra’s basement mall?
SA: I think there’s a time in my life I would’ve jumped at the chance, but having learned the less glamorous side of what the job entails, as you’ll see in the show, I’m glad I only have to pretend to work there. Though, who knows? It is fun to have a good story.

The New York Times called this show an alternative form of celebrity biography. What do you think the writer meant by that?
SA: I suppose the play is a sort of fan-fiction. Jonathan Tolins, the playwright, was inspired by Barbra’s massive coffee-table book My Passion for Design, which isn’t an autobiography, but certainly shines a light on her meticulous, obsessive, and perhaps narcissistic approach to building her Malibu compound. The show takes this actual place and tells a fictional story, incorporating details Barbra has revealed about herself over the years in the media. Interestingly enough, the facts often prove to be more absurd than the fiction. 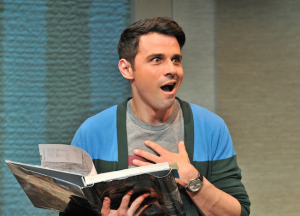 You’ve also got some great upcoming roles, bringing gay characters to mainstream theater. What can you tell us about what’s next for you?
SA: Right after Buyer & Cellar closes, I go into rehearsals for Sons of the Prophet at Park Square Theatre, a comedy about two brothers dealing with a family tragedy and the controversy that comes out of it.

Why do you think it’s so important to bring those characters to life with your upcoming roles? What draws you to these roles?
SA: I think it’s really exciting to see Twin City theaters telling stories that happen to have gay protagonists, but tackle issues that are much more universal. Though my character in Sons of the Prophet is gay, his sexuality is far from being the primary focus. Rather, the meat of the play is about the craziness of family relationships, cultural identity, and overcoming grief. Likewise, Buyer & Cellar features gay characters, and though we definitely find humor in mining the “gay heritage” of Barbra Streisand and the place she holds in gay culture, the play finds greater depth in exploring the mystique, isolation, and downside of fame and excess. Both shows are also incredibly funny, which is a draw for me, since I don’t often have the opportunity to play comedic roles.

Buyer & Cellar runs at the New Century Theatre through April 24. For more information and to purchase tickets, head to www.hennepintheatretrust.org.