This week, the Tony and Grammy Award-winning Broadway hit Beautiful, about the early life and career of Carole King, the legendary and groundbreaking singer/songwriter, made its Minnesota premiere. Long before she was Carole King, chart-topping music legend, she was Carol Klein, Brooklyn girl with passion and chutzpah. She fought her way into the record business as a teenager and, by the time she reached her twenties, had the husband of her dreams and a flourishing career writing hits for the biggest acts in rock ‘n’ roll. But it wasn’t until her personal life began to crack that she finally managed to find her true voice.

Joining the cast is an amazing ensemble, including Dashaun Young, who joins the stellar ensemble as one of the four Drifters. Minneapolis audiences may have seen him previously as Simba in The Lion King or during the national tour of Sister Act. He’s also appeared on the Silver Screen in the Sex and the City 2 film. 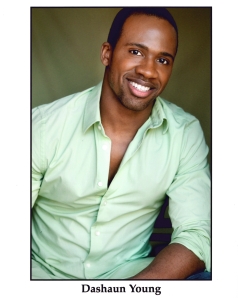 You were previously in Minneapolis for The Lion King and Sister Act, which are completely different vibes than the Carole King musical. How has your approach to your character changed?
Dashaun Young: A lot more research went into this approach. To focus in on the specific style vocally and physically that is expected from the Drifters.

With so many musicals coming out lately about real figures in the music industry, what sets Beautiful apart from the rest?
DY: It’s not the typical jukebox musical that forces a storyline to fit the music. It’s a true story of Carole’s life and the impact it has in her music.

Before you started working on Beautiful, how much did you know about Carole King and the other people portrayed in the show? Did that amount of knowledge help or hinder you in preparing for your role?
DY: I thought I didn’t know that much at all before starting the show. I quickly realized I was actually familiar with a lot of her music and had no idea: “Natural Woman,” “Locomotion,” “You’ve Got A Friend.” Realizing that definitely got me even more excited to research and learn more. 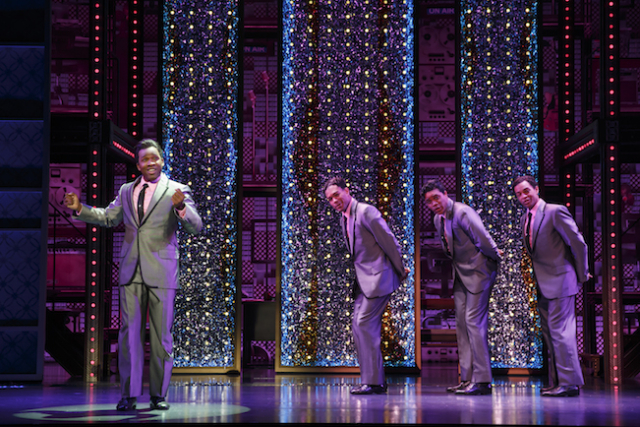 Reviews of the show have mentioned that a lot of the flashy costumes and choreography has been reserved for the ensemble, particularly the male dancers. What has it been like with such a physically demanding role that adds so much to the show?
DY: Hearing the audiences reaction makes it worth the shortness of breath when finishing a challenging number. Haha!

What has surprised you most about doing this show (about the characters, yourself, etc.)?
DY: To be honest I’ve been most surprised with how genuinely intrigued and invested I was in Carole’s story. She’s had a rich life with many ups and downs. It wasn’t always easy but she focused on her passion and jumped into her music, and thank goodness she did.

Beautiful – The Carole King Musical runs at the Orpheum Theatre through November 29. For more information and to purchase tickets, head to www.hennepintheatretrust.org.