5Q: A Year with Frog and Toad 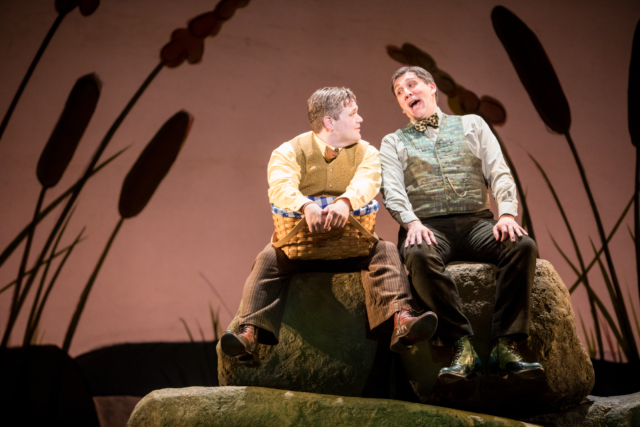 Returning to the Children’s Theatre Company (CTC) after 10 years is the the audience favorite, A Year with Frog and Toad. Immediately following its premiere at CTC in 2002, the production transferred to the New Victory Theatre (Off-Broadway) then to the Cort Theatre (Broadway), where it was nominated for three Tony Awards including Best Musical, Best Book of a Musical, and Best Original Score.

Waking from hibernation in the spring, the perky Frog and the worrywart Toad plant gardens, swim, rake leaves, go sledding, and learn life lessons through four, fun-filled seasons. The amphibian odd couple celebrate and rejoice in their differences that make them the best of friends while joined by a colorful cast of birds, mice, turtles, and that snail with the mail. Ivey Award-winner Bradley Greenwald returns to the role of Frog.

You’ve played the role of Frog before, so what draws you back to this character?
BG: For one thing, it’s a job for this freelancer! But I also like Frog’s approach to life; working alongside Reed Sigmund is an absolute pleasure.

Frog and Toad are very different characters with opposing outlooks on life, yet they’re best friends. What about this odd couple has made this show a fan-favorite for so long?
BG: Peter Rothstein (director) spoke about the importance of advocacy, especially in today’s social climate, and having someone in your life who will stick with you and defend you no matter what. There’s nothing Frog or Toad could do that would lose the friendship of the other. We all want to have that in our lives, and seeing proof of it on stage reminds us that it’s possible for us to have or for us to give. 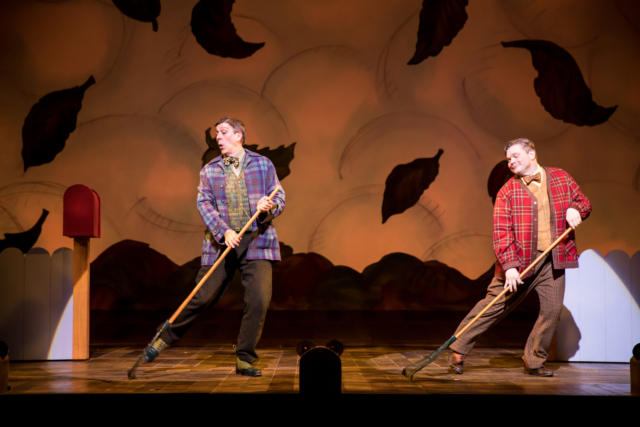 Shortly after the books came out, the author and illustrator Arnold Lobel came out to his family. Adrianne has remarked before how Frog and Toad may have been describing the relationship between her father and his longtime partner. Is that an element that you discussed in rehearsals? What does that nuance do for the story of Frog and Toad?
BG: That interesting footnote came up now and then, and I think if it’s true, that quality is deep beneath the surface. I would hate to see them portrayed only as a gay couple. Frog and Toad are models for any relationship, between any two people, friends or intimates. And I think that’s more powerful than defining them only as a same-sex anecdote. The show’s creators were very smart to keep the two characters as they were written in the books.

Adrianne Lobel has said that part of why her father wrote the Frog and Toad books was because of his love for Vaudeville comedy teams. How would you describe the musical adaptation for people who’ve never seen it? Does it pay homage to the Vaudeville inspiration?
BG: The music is that infectious blend of early jazz and music hall, and is definitely meant to be performed with Vaudeville in mind. It’s not only fun to listen to, but a joy to perform.

A Year with Frog and Toad runs at the Children’s Theatre Company through June 18. For more information and to purchase tickets, head to www.childrenstheatre.org.