For 17 talented dancers, their dream of making it on Broadway has turned from dream to obsession, but the audition of a lifetime will push them farther than ever before. Who will break under the pressure of the bright lights, and who will have what it takes to make the cut? Based on true stories, A Chorus Line broke records, winning nine Tony Awards, seven Drama Desk Awards, the New York Critics’ Circle Award and the Pulitzer Prize for Drama.

Having appeared in A Chorus Line on Broadway, Tom Berklund joins the Ordway cast as Zach, the tough director for whom the characters of the show are auditioning. Zach is an intimidating, presence for the dancers hoping to make the cut. The imperious, successful director put the dancers through their paces, cutting them down to just a handful, before telling the remaining hopefuls that he is looking for a strong dancing chorus of four boys and four girls. He wants to learn more about them, and asks the dancers to introduce themselves. With reluctance, the dancers reveal their pasts. 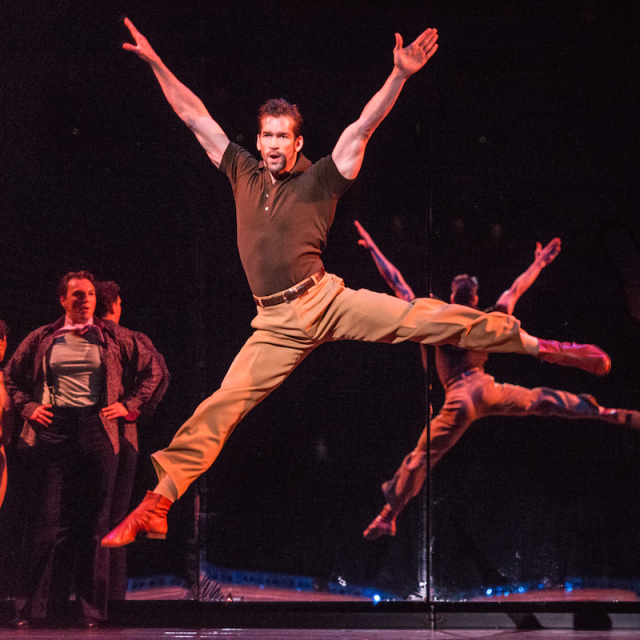 As a Broadway actor, what does the story of A Chorus Line mean to you?
Tom Berklund: A Chorus Line won the Pulitzer Prize for Drama, and for good reason. This play has the ability to resonate with every person who has ever had a dream and the sacrifices made to achieve them or how it feels to be forced to let them go, Broadway actor or not. We witness the struggles these dancers have endured as they strip away their defenses and tell their individual stories. Audience members are bound to find themselves laughing or crying as these characters are forced to reveal their naked truth. It is based on true stories and real people with no apology for the truth. I think this is very powerful. To say I’m passionate about this play is an understatement.

Have you experienced any directors like Zach in your own career?
TB: I have experienced directors that have qualities of Zach. I believe Zach lives for his work and it is of the utmost importance to him. He cares more about his work and his actors than anything else in his life. Directors and choreographers can be extremely hard on their actors and demand a lot, but there is also a mutual respect that develops when everybody is giving it their all. I have felt intimidated at times, but if the demands come from a place of passion and love of the work, I will do anything to deliver.

One scene finds Zach asking the auditioners what they would do if they couldn’t dance anymore. What would you be doing if theater wasn’t in your life?
TB: This is a question I have asked myself at times throughout my career, particularly during periods between jobs. I daydream about going back to school to be a research scientist or a doctor — something drastically different than acting. But I eventually always come back to acting and performing; it is my passion. 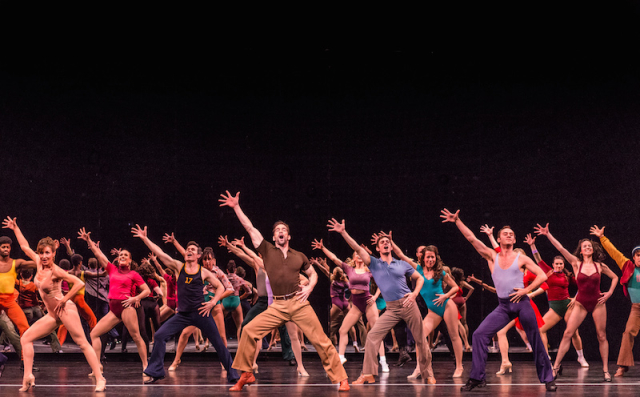 What are some joys or difficulties of playing a mostly unseen character?
TB: Zach is an unusual role in this respect. I find the rehearsal process very enjoyable as I get to be up close with the actors on the line and relate to them. When we get to the theater, I am much more removed. Although, with this production at the Ordway we are experimenting with Zach being placed closer to the actors so he is more involved. A great deal of the audience will witness Zach at his table as he auditions the actors and tries to figure out who to cast. I’ve never done the show this way but it does add to the realism of the play. The audience is truly a voyeur witnessing this audition unfold.

We don’t get much backstory for Zach, especially compared to the auditioners. Does not having his backstory help or hinder you in your portrayal?
TB: I think it is challenging but also helpful in some regards. I enjoy that I am able to use more aspects of my life and bring them to Zach since there isn’t much in the text with regards to his history. I also think a great deal of Zach can be drawn from Michael Bennett and his life. From some of the research I’ve done and anecdotes I’ve heard from his contemporaries, I think I’ve come to understand him in some respects. I also identify with some of his struggles as an artist and person. I suppose this is probably why I get cast in this role.

A Chorus Line runs at the Ordway Center for the Performing Arts through February 28. For more information and to purchase tickets, head to www.ordway.org.